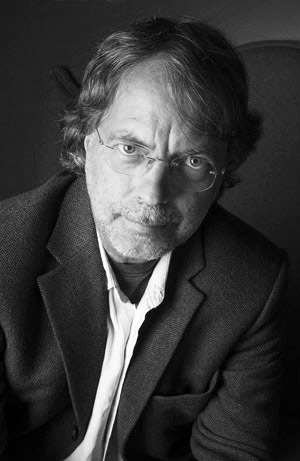 The Jan Michalski Foundation jury noted the “exceptional quality of the writing, which subtlely mixes orality and narrative, letters, tales, fables, dreams and beliefs, all in the heart of a historical reality, notably Mozambique at the end of the 19th century as it grapples Portuguese colonialism.”  Without any form of philosophical or religious dualism, the jury noted, the author excels at “empathizing with protagonists confronted with the inhumanity of war by offering them epic inspiration supported by Africa’s natural richness”. (Please see Couto’s acceptance in Portuguese with English and French subtitles)

Born in Mozambique in 1955 of Portuguese parents, Couto, who is both an author and a biologist, grew up in the Indian Ocean port town of Beira before moving at the age of 16 to Maputo, then known as Lourenço Marques. He began studying medicine, but abandoned his university studies to join the armed FRELIMO (Liberation Front of Mozambique) independence movement. Following Mozambique’s independence from Portugal in 1975, he became a journalist, notably with Tempo, a Mozambican magazine, and the newspaper Noticias.

He also became an environmental biologist focusing primarily on coastal areas, but is extremely concerned with African conservation. He continues to write while lecturing at the University of Maputo, but also runs an environmental impact company. In a 2015 interview with The Guardian, Couto maintained that he considered himself both white and African: “I like to unite contradictory worlds.” He also regards biology as a way of regaining the link between nature and humanity.

Published in over 30 languages, Couto is viewed as Africa’s most successful Portuguese language author. In 2013, he won the 2013 €100,000 Camões prize for a writer in Portuguese, and the following year the $50,000 Neustadt – the “US Nobel”. In 2015, he was shortlisted for the Man Booker International Prize. Couto has written numerous fables, poems, articles, novels and short stories, all based on his Mozambican heritage. These include De Terre somnambule (Albin Michel, 1994), Les Sables de l’Empereur (Métailié, 2020) and La Véranda du frangipanier (Albin Michel, 2000) and Si Obama était Africain (Chandeigne, 2010). In 2012, Couto won the Prix de la Francophonie for his book L’accordeur des Silence (Metaile, 2011). His first novel, published in English as Sleepwalking Land (1992), was ranked by critics as one of the best African books of the 20th century.

Note from the Editors: As part of our non-profit component, all our content is made available for free worldwide in the public interest. You can help us by becoming a corporate or individual Support Member. This helps us fund our journalism and global Youth Writes educational initiative.

For further information on the Jan Michalski Prize for Literature, please see LINK