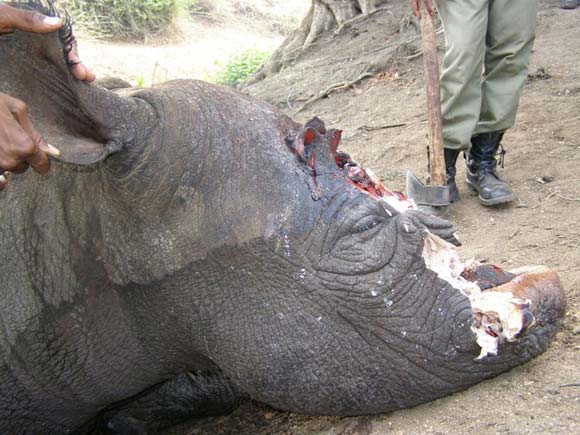 The following article by Matt Drange was published by Reveal Now, the multiplatform website of the non-profit Center for Investigative Reporting in San Francisco. Its mission is to engage and empower the public through investigative journalism and groundbreaking storytelling in order to spark action, improve lives and protect our democracy. CIR is among the most innovative, credible and relevant media organizations in the country.

For the do-it-yourself crowd, building an AR-15 semi-automatic rifle is as easy as browsing ads on eBay, the online marketplace for everything from vintage dining room sets to video games and, it turns out, assault weapon parts.

EBay policy bans the sale of “parts or accessories for assault weapons,” but Reveal identified hundreds of parts available in an extensive search of listings.Credit: Screen shot from eBay.com

This violates eBay’s policy banning the sale of “parts or accessories for assault weapons.” The policy is closely tailored to match California law, which is among the nation’s strictest. But the company’s automated filters and user-flagging system fail to stop it.

Reveal identified hundreds of parts available for sale in an extensive search of eBay listings. There’s a financial incentive for eBay: The company charges sellers a fee for every item sold on its website. EBay doesn’t disclose in its public filings with the Securities and Exchange Commission how much revenue comes from the sale of firearms parts.

It’s illegal to buy an AR-15 in California without making specific modifications to the gun or obtaining a dangerous weapons permit from the state Department of Justice. Yet for as little as $500, anyone with an eBay account can purchase all but one of the dozen or so necessary parts.

The only missing piece of the gun – the lower receiver – can be bought secondhand from private sellers who post classified ads on other websites, such as Armslist.com. The receiver is the only regulated part of the gun, but there are workarounds for obtaining one, too. Partially complete receivers can be purchased privately without a background check or serial number and finished by buyers themselves, or they can bebuilt from scratch at home to sidestep having to register the finished gun.

The AR-15 is a highly customizable version of the fully automatic M16 rifle made famous by the U.S. Army during the Vietnam War. Initially banned by name under California’s Assault Weapons Control Act of 1989, similar models of the gun later were prohibited based on certain defining features. After a version of the AR-15 rifle was used in the 2012 mass shooting at Sandy Hook Elementary School in Newtown, Connecticut, it became a focal point of proposals to reinstate the federal assault weapons ban; sales of the AR-15 spiked soon after.

EBay, the San Jose, California-based company that features more than 800 million listings at any given time, relies on a series of automated keyword filters to flag items that might violate its firearms policy. These include kits for building guns, suppressors and grenade launchers. Prospective buyers also can flag an item for review by submitting an online report.

“If something pops up, we remove it immediately,” said eBay spokeswoman Kari Ramirez.

This is how it’s supposed to work: When an item is flagged, a member of eBay’s risk management department reviews it to determine whether it’s prohibited. If it’s removed, the seller receives a warning; multiple violations could result in a seller’s account being restricted or, in some cases, permanently banned.

In practice, the process is full of holes.

Despite being flagged for removal, this AR-15 rifle barrel has remained up for sale on eBay.com.Credit: Screen shot from eBay.com

Take this AR-15 barrel, for example, listed for $125 by a small parts dealer in Nevada called sfars_llc (shorthand for “Sh*t for AR’s”), which specializes in assault rifle parts.

When a Reveal reporter flagged the item for removal over the phone Feb. 17, an eBay representative said he had reported the item to the company’s listing policy department and would notify the seller as well. Two days later, with the item still up for sale, Reveal spoke with a representative in the listing policy department, who reiterated that the item did not comply with eBay’s firearms policy and said the company was in the process of removing it.

On Feb. 23, a week after the barrel first was flagged, it remained on the site. In a third phone conversation about the item, another eBay rep said it should have been removed and added that the seller should not have listed it in the first place.

Ried Bridges, president of sfars_llc, said he has sold many similar parts on eBay. Bridges also sells AR-15 parts and complete guns on the popular website GunBroker.com. When he first started listing gun parts on eBay, he said the online sales company removed three of them “right off the bat.”

He quickly learned what other eBay sellers have figured out: If you don’t explicitly say that an item is part of an assault weapon, you’re not likely to be caught. “The buyer has to know what he’s looking for, and the seller has to be careful to not advertise that it fits an assault weapon,” Bridges said. “If you have a part that’s compatible with a number of weapons platforms and you don’t mention that one of them is an assault weapon, my understanding is that you are good to go.”

Graham Barlowe, resident agent in charge of the Bureau of Alcohol, Tobacco, Firearms and Explosives field office in Sacramento, California, said placing the onus on the buyer is not enough to keep prohibited people from getting a gun.

“Whenever you hear a business say, ‘It’s on the buyer,’ it’s not a good situation,” he said. “If you’re making money on something, you should have an awareness” of who is buying from you, he said.

Federal law enforcement officials are well aware that gun parts change hands on eBay, he said. While agents have no way of knowing whether a gun was built with parts purchased on eBay or other online marketplace, Barlowe said his agency increasingly is coming across unmarked guns without serial numbers, sometimes called ghost guns.

A ghost AK-type rifle was used in a robbery of a Stockton, California, bank in July, which led to a deadly police pursuit that claimed the life of a 41-year-old woman taken hostage during the robbery. The rifle is believed to have been made by an unlicensed manufacturer. “That’s the worst-case scenario,” Barlowe said. “It’s people who shouldn’t have guns who got them.”

Other assault weapon parts readily available on eBay include this muzzle brake for $13.99 with free shipping. The part is compatible with .223-caliber and 5.56 mm ammunition, both popular options for AR-15s. Or a new AR gas block and roll pin, being offered for $23.95 by eBay sellercombatfield, which, the website indicates, has sold hundreds of identical items.

Ramirez, the eBay spokeswoman, would not disclose how often the company’s filters flag prohibited items or how many items are flagged by concerned customers. “This is our secret sauce,” Ramirez said, adding that sellers constantly are trying to circumvent the filters. “We don’t want people going and trying to figure these out.”

Getting around eBay’s automated filters can be as easy as inserting a space in an advertisement. Changing the brand name Magpul, a company that makes AR-15 parts, to “Mag pul,” for example, can be the difference between an item being removed and it selling.

A technique gun parts sellers say they often employ is to not mention an item’s compatibility with assault weapons, even if it is designed explicitly for that purpose.

An email exchange with a gun parts dealer in Florida demonstrates how easy this is to figure out: A Reveal reporter wrote to the seller about this AR-15 barrel, which by then already had been sold 41 times. The listing didn’t say the barrel is for an AR-15, so we wanted to check.

“Will this work with an AR-15 upper receiver?” the reporter wrote in an email. “Just want to make sure since the listing doesn’t mention compatibility with ARs … Thanks.” Less than 30 minutes later, the seller replied: “yes this is for an AR15, you can also check us out at www.ljsarparts.com we carry all the parts for the AR platforms.”

Even when sellers are caught in eBay’s crosshairs, they can continue to ship and sell previously listed gun parts.

BravoTac is one of a slew of companies around the country that sell assault weapon parts. Its Facebook page features a photo of a fully automatic M16 rifle. BravoTac’s eBay store lists more than 800 gun parts and accessories for sale, including many for the AR-15 platform.

On Feb. 12, BravoTac’s account was temporarily restricted for selling parts of an assault weapon, an eBay rep confirmed. But that restriction did not cover the hundreds of parts BravoTac already had listed, including a host of other AR-15 accessories and components.

Owner Alex Segal estimates that eBay accounts for about 20 percent of his company’s sales. The company operates out of a warehouse in Van Nuys, California, selling parts exclusively online. While running the business this way results in higher profit margins than selling complete guns, Segal said it also presents problems. “It’s a headache,” Segal said of complying with eBay’s assault weapons policy. “Whether I agree with it or not? Obviously, I don’t. But if I don’t agree with it on eBay, then I get kicked off.”

The day after Reveal forwarded a sample of seven listings that violate eBay’s policy to the company’s public relations team, two were removed. When you search for those exact items, however, you find in their place a list of dozens of similar parts still up for sale, including identical listings from the same seller. These listings are automatically populated when an item is missing by eBay’s search algorithm.

Ramirez, the eBay spokeswoman, declined to make anyone from the company’s policy team available for an interview. In a written statement, she said eBay “took appropriate action against the sellers.” She would not say what that action was, citing a confidentiality clause in eBay’s user agreement.

California is one of a handful of states that continue to restrict the buying and selling of AR-15s. To avoid conflict with other state laws, eBay based its firearms policy on California’s regulations, Ramirez said. EBay limits the sale of magazines to those that can hold 10 rounds or fewer, for example, mirroring state law.

But, as is the case with skirting eBay’s rules on assault weapons, getting around even some of the more ironclad specifics in California’s ban on assault weapons has proven an easy task for gun manufacturers and enthusiasts alike.

For an AR-15 to be compliant with California law, it cannot have any of a half-dozen features and accessories listed in state law. The gun’s magazine can hold a maximum of 10 rounds and also has to be removable only with a special tool, preventing a shooter from quickly reloading.

In response to a 2000 revision to state law that defined a bullet as a “tool,” gun manufacturers produced what’s commonly called a “bullet button,” which makes it possible to remove a magazine by using a bullet or ammunition cartridge to press a button. “It’s laughable,” said Dr. Garen Wintemute, a UC Davis emergency-room doctor who studies gun violence. “As long as you’ve got a round of ammunition, you have the tool you need. It takes essentially no additional time.”

Reveal found nearly 100 parts kits available on eBay that lacked a bullet button, which would be illegal if built in California.

This story was edited by Amy Pyle and copy edited by Nikki Frick.