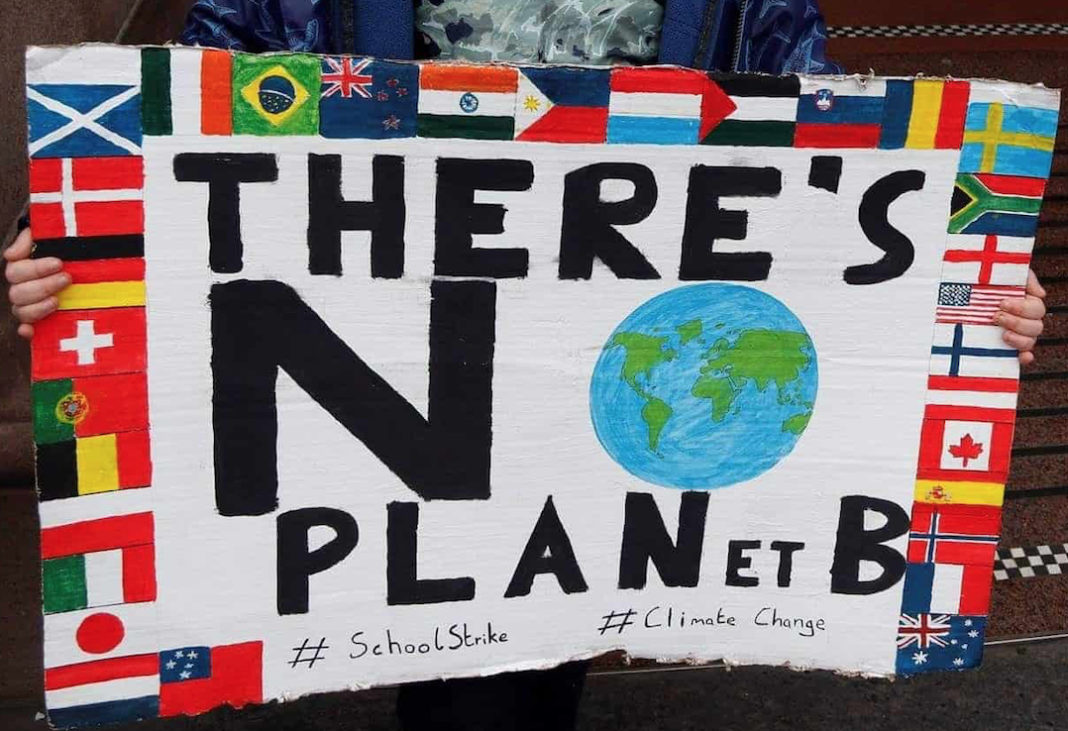 Fancy an hour with seven of the most creative, committed activists on the world scene? For example, an ocean activist, a sustainable fashion designer, Lebanese victim aid organizers working together, a female rights campaigner, a refugee educator, and a climate justice promoter.

Even more encouraging, none is over 25, and the youngest is only 13.

Well, you may have missed them when they presented their activities in Geneva on 20 November at the second Young Activists Summit and answered questions. But you can catch up now. On 10 December 2020, U.N. Human Rights Day, the Summit co-organizer dev.tv, a non-profit media agency founded in Geneva in 2002, released web videos about each of the activists as well as a video of the summit itself.

The session itself “brought together around 9,000 people from 106 countries across five continents for a global live discussion on some of the world’s biggest challenges,” said dev.tv, which is allied with the media for change movement.

“As of 9 December, the campaign has reached 3.4 million people on social media and 76,000 views on YouTube,” the organization says.

As some media specialists point out, this is precisely the sort of approach that Switzerland needs to support if they are to make the global community beyond its borders more aware of what “international Geneva” is doing to help resolve planetary challenges rather than focus primarily on itself. (See article on international Geneva in the forefront)

The theme of #YAS20 was The World We Want, Time for Change, while the first 2019 edition was focused on women and girls driving progress. The seven featured award winners each receive a donation of an unannounced amount from the French luxury cosmestics company Sisley Paris.

So who are the prizewinners?

Finlay Pringle (See cover page photo) is the 13-year-old ocean activist from Scotland. Alexandra Cerezo is the 25-year-old sustainable fashion designer from Guatemala. Emma Sleiman & Zahraa Issa, 15 and 21 years old, are the Lebanese aid activisits. Mohamad al Jounde is the 19-year-old refugee educator from Morocco who grew up in Syria and is now studying in Sweden. Vanessa Nakate is the 24-year-old climate justice fighter from Uganda.

YAS20 was co-organised by dev.tv, the United Nations Office at Geneva, Radio Télévision Suisse (RTS) and its GenèveVision label, and the Graduate Institute of International and Development Studies. Full details of the prize-winners activities can be found at this link.

Seeking to spur solutions through action

Finlay Pringle runs a campaign to ban shark fin soup in restaurants across the UK and to ban shark-finning worldwide. He also campaigns against marine plastic pollution. Winner of the 2019 Daily Mirror ‘Young Animal Hero of the year’, he collaborates with the education company Twinkl to produce global teaching resources for schools on sharks and climate change. He was the first young person in the UK to join the Fridays For Future (FFF) movement and began school striking every Friday from December 2018.

Alexandra Cerezo has worked to develop solution-based projects advancing sustainability in the apparel and textile industry.

From organizing an information platform with 100,000 followers in the wake of the disastrous Beirut dock explosion, Emma Sleiman and Zahraa Issa now serve as a resource for victims to find the aid they need, including free shelter, humanitarian assistance, and psychological support.

During the Covid-19 lockdown in Uganda, Fiona Amony ran a call-centre to report cases of gender-based violence and economic exclusion. Within a month, she filed more than 100 reported harassment cases and other cases related to employers failing to pay salaries were reported.

A need to change mindsets

Mohamad al Jounde founded the Gharsah School in the Beqaa Valley in Lebanon after facing difficulties to get an education himself as a refugee. The school supports Syrian refugees through educational, psychosocial and civil empowerment for children, adolescents and women. The school now reaches 240 children and 500 women on a yearly basis. In Sweden he has founded an NGO to distribute food baskets and hygiene kits, provide psychological support during the COVID-19 lockdown and develop online learning.

Vanessa Nakate started a climate activist movement in Uganda with an individual strike outside parliament in January 2019, to oppose the passivity of governments in the face of climate change. She has led a fundraising campaign to install solar systems and eco-friendly stoves in schools in rural communities to drive a transition to renewable energy.

dev.tv‘s promotional and information kit is a model that other organizations could study. The videos are available in French, Spanish and Arabic as well as English. So are all the textual materials. There are even teaching kits for schools with elegantly presented materials compiled and produced by Marina Wutholen, Tiphaine Di Ruscio and Carolina Cavanzo.

The only complaint, for someone in Switzerland, is that surely Swiss TV — as a co-organizer — could have produced German- and Italian-captioned versions even if they decided against giving the video airtime on their national channels for these distinct and important communities in the Swiss media landscape. Or was it yet another example of Genevan parochialism?