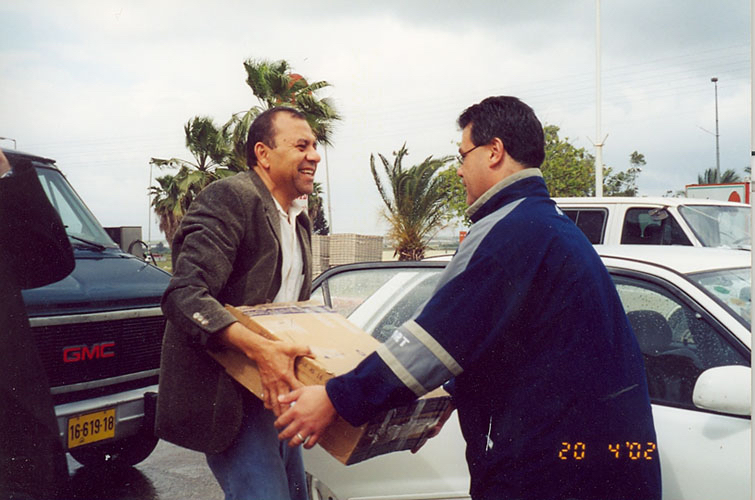 Geneva Hub is open to any member of the Global Geneva Support Community or guest writer at the invitation of the editors. The Right Livelihood Award Foundation, which selected Physicians for Human Rights – Israel as its 2010 award recipient, is an institutional supporter of Global Geneva magazine.

When you grow up in the Israeli education system it is very difficult to understand what the occupation is. The prevailing narrative is that there are and were wars, wars of no choice for us Israelis, and there is an Arab enemy around us who wants to destroy us.  That sometimes we have to commit immoral acts because it protects our security, and that we strive and extend our hand in peace but the other side is not willing to do so.

Growing up, you would not have been made aware that every night there are raids on Palestinian homes. You would not know that people are sent to years of administrative detention without any trial or justice. You would not know that land is stolen on security pretexts, and that the settlements are illegal and a violation of the Fourth Geneva Convention. The story that is told to Israeli children is one-sided, and even if it has some truth in it, like any story that has two sides, the manipulative use of it constructs a discourse of persecution and fear while exluded naartive of hope and peace.

Anyone who thinks you can be a democratic society while administering a tremendous undemocratic bureaucratic mechanism for 50 years is deluding themselves. Democratic foundations like the freedom of association, freedom of speech and equality are being eroded day by day. This erosion intensified significantly since the 2008-9 Gaza war, which was a “game changer” in the intensity of force Israel used. And just as the military force was stronger than ever, so was and still the political-public backlash against anyone criticizing the occupation or working to expose human rights violations.

Organizations whose funding comes mostly from pro-settlement US donors (as far as it can be tracked), and whose entire purpose is to persecute human rights organizations, portraying them as the enemy from within, grew stronger. Meanwhile, the mainstream media in Israel adopted an even more nationalist rhetoric, new right-wing media emerged, and right-wing political parties, bolstered by anemic centrist parties, orchestrated an all-out smear campaign against anyone who expressed protest against the occupation – and this to the cheers of the masses.

Successive right-wing governments have pushed forward legislation aimed at hindering the activity of human rights organizations. The “NGO legislation” passed in July 2016 demands from organizations which get more than half of their budget from foreign entities to prominently declare their foreign funding in any publication or public engagement such as media appearances or events. Thus, under misleading claims of ‘transparency’ the true purpose of the law is to harm the activities of organizations whose views are contrary to those of its proponents.

Other examples: in the last few years organizations such as Physicians for Human Rights — Israel (PHRI) faced attempts to revoke some of our rights as an NGO, such as lower municipal tax for our housing or tax exemption for people who donate to us. The claims of the opponents are always the same: false accusations for acting against Israeli soldiers or against the State. So far these two last attempts failed.

Quashing outside criticism as well

The delegitimization and silencing mechanism operates against human rights organizations outside of Israel as well. The government and right-wing organisations approach donor countries and parliaments around the world demanding that they stop supporting Israeli and Palestinian human rights organizations, on which they provide all sorts of false claims – such as the fact that they support terror.

So what can be done against the occupation, and against the delegitimization of those fighting it from inside? First, we, NGOs, must continue our regular activity — in PHRI’s case — to work for equal rights in health. Whether it is the occupation that violates the Palestinians’ right to health, whether it is the absence of solutions for asylum seekers and labor migrants who need medical care, whether it is Palestinian and Israeli prisoners who suffer from healthcare services that are light years behind those that serve citizens outside the prison walls, we will continue to highlight the mechanisms and structures that must be stopped or challenged.

Secondly, we must not remain silent in the face of these attacks. This second task is very difficult because it is not part of our regular activities. But when an official policy is pursued whose entire purpose is to crush human rights organizations, we do not have the privilege of failing to address that.

Dissenting voices are essential for democracy

Thirdly, more than ever today, we need to convey these messages to our partners in the international community. Because dissenting voices in Israel are essential to uphold its democracy and challenge five decades of status quo, and because the occupation is not an internal Israeli affair. In Hebrew we say “and the world is silent” when we want to emphasize situations when the entire world must do more to stop tragedies. Syria for example. The world must do more to stop the occupation. After 50 years too many people are suffering on a daily basis. First the Palestinians who suffer most but also it affects more and more the Israelis who can’t avoid the impact of being an occupier.

Despite the difficult reality, we remain hopeful. Our direct contacts with government officials expose us to different voices and sometimes to genuine efforts to find solutions for the various wrongs we document. Hope emerges in encounters with medical students, medical personnel and social activists, where there is room for a deeper and more open conversation, and where we can challenge the prevailing narrative. We also draw hope from the thousands of people whom we do manage to help every year. This Sisyphean task will continue until an article like this one will not be relevant to mark another anniversary of the occupation.

The author is the executive director of Physicians for Human Rights – Israel that promotes equality in the right to health in Israel and in the Occupied Territories. PHRI received the Right Livelihood Award, known as the ‘Alternative Nobel Prize’, in 2010.