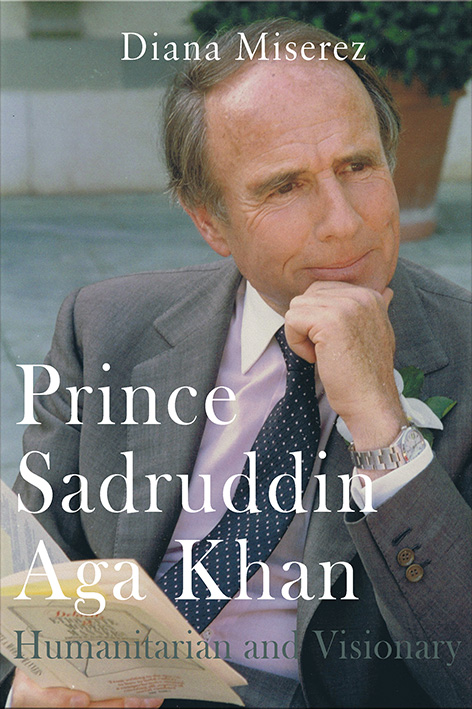 FOR DIANA MISEREZ, SADRUDDIN, WHO WAS BORN in Paris and died at the age of 70 in 2003, was a kind, perceptive and easily accessible man who took time to develop relations with ordinary people. As part of a remarkable international career, he served in many capacities following his 12 years as High Commissioner.

These included difficult missions to the Middle East, Kuwait, Iraq and Afghanistan, all of which demonstrated his diplomatic genius and operational gifts. Prompted by his love for mountains and nature, Sadruddin created his own think-tank, the Bellerive Foundation in Geneva, for which he recruited other exceptional people, such as Staffan de Mistura, currently the UN’s chief negotiator for the Syria talks.

He also launched Alp Action, which involved both the public and private sectors in supporting projects aimed at protecting mountain regions. This landmark initiative sadly went into abeyance when Sadruddin died, but should be revived as one of the most successful international Alpine initiatives bringing together people, nature, culture and business.

Sadruddin also roped in Michael Keating, now the UN’s Special Representative to Somalia, who helped spearhead the Operation Salam, an unusual peace endeavour launched by the Prince toward the end of the Soviet occupation of Afghanistan in the late 1980s, which enabled the UN to work – almost uniquely – on both sides of the conflict.

In Keating’s words: “Sadruddin introduced me to the world of international affairs in a way that no-one else possibly could. He hired me as his Special Assistant when I was in my mid-twenties, and installed me in a converted attic in his elegant offices near the Old Town in Geneva. He was unbelievably well connected at the highest levels on all continents, north and south, on an astounding range of issues, including conservation, animal rights and environmental protection, cultural heritage and fine arts, refugees and humanitarian law, food security and green economics, nuclear proliferation and terrorism, religious tolerance, racism and identity politics, multilateralism and UN reform – to name a few.

“His views on all these subjects were rarely conventional, always deeply held and, as it turned out, way ahead of their time. He had exacting standards, great attention to detail and high expectations of me – including the terrifying assumption that I was familiar, or would be able to make myself familiar, with all these issues so as to be useful to him. I survived because association with him opened doors and because of his willingness to share knowledge. I was very privileged to have such an induction, and still bump into people all over the world who tell me how much they valued meeting him and were influenced by him.”