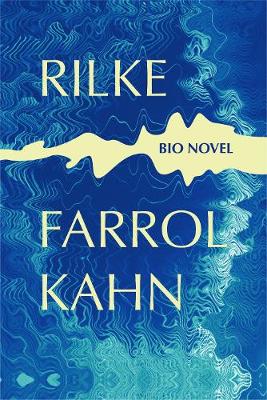 I was born and educated in South Africa, and have spent most of my life living in London and Oxford. From 1996 to 2009, I was the director of the non-profit Aviation-Health Institute (AHI) in Oxford. It was founded on the back of my book, Curse of Icarus (Routledge 1990), which demonstrated the health risks of flying. Sir David Weatherall, the Regius professor of Medicine at Oxford University suggested the establishment of AHI.

Note from the Editors: As part of our non-profit component, all our content is made available for free worldwide in the public interest. You can help us by becoming a corporate or individual Support Member. This helps us fund our journalism and global Youth Writes educational initiative.

Three other books on aerospace medicine followed: Arrive in Better Shape (Harper Paperbacks 1996), Airwise (CW Daniel 1993) and Why Flying Endangers Your Health (Aurora 1992). During my tenure at the AHI, I organised Healthy Flying events at airports such as Heathrow, Dublin, Copenhagen and Malta as well as raising £2 million for Deep Vein Thrombosis (DVT) research by WHO.  This resulted in the development of compression flight socks for air travellers. But I have had a life-long interest in art, and in all I have written 12 cultural/travel books.

My dance with Rilke began on Victoria station when I commuted from London to West Sussex. I usually arrived with 10 minutes to spare to catch the hourly train and I would check the books at the W.H. Smith shop on the platform. It was there that I found Stephen Mitchell’s Selected Poetry of Rainer Maria Rilke. I was entranced.

But when I decided to write a novel/biography on the poet, it took me a decade to complete. I’d always wanted to write something like Irving Stone’s book on Michelangelo. Then I got hooked on Rilke and his whole milieu, which I found fascinating.

It took 12 years because I included Paul Valery and his mistress Catherine Pozzi as a contrast to Rilke and Elisabeth Klossowska.

I went for primary sources starting with the Bodleian in Oxford, the Bodmer Library in Geneva etc. Then I joined the Rilke Gesellschaft and did readings of my book while it was a work-in-progress. Of course, I met all the important academics and was asked to contribute to a Festschrift of the world experts on Rilke.

I ended up writing an epilogue to show what had happened to all the dramatic personae in his life. His muse and lover Elisabeth lived over 40 years after his death.

The book is the story of a tragic love affair. When it opens, Rilke, who has devoted his whole life to being a poet, has hit a creative block. Despondent, he is on the verge of leaving Switzerland when he meets Elisabeth Klossowska in 1920. She lived in Geneva with her two teenage sons, Pierre and Balthus who later became a famous artist. Elisabeth becomes his lover and muse and finds a tower for him outside the Valais town of Sierre where he can complete his collection of great poems entitled the Duino Elegies.

Elisabeth Klossowska was the exception in his long line of love affairs. She was the cause of a conflict between his inner world of poetry and his passion for his partners.

It was her love that lifted him to the heights.  However, Rilke felt so guilty and ashamed about their affair, for turning away from his almost monastic vocation as a poet (among his first poems he imagined himself as a Russian monk). During the winter he spent at Castle Berg am Irchel, he wrote a confessional like the Christian fathers.

He admitted to his sin – the failure to find freedom to work fruitfully because of his desire for her.

Revelling in his life surrounded by vineyards and the region’s ‘Mediterranean’ climate in the middle of the Alps, he sickened and died six years later, only 51, from leukemia.  In memory of the place where he decided on the Valais region to live, he elected to be buried on a hilltop in the village of Raron. The funeral took place during midwinter, and every January his life is celebrated in the church overlooking the Rhone valley and a mansion house in Sierre’s centre has become a museum dedicated to his memory.

There were other women around him too. Princess Marie of Thurn and Taxis who encouraged him to become a great German poet. At her castle Duino he began to write his masterpiece. Nanny Wunderly was totally devoted to him and provided him with all his material needs, whether anis-flavoured rusks or linen for his next trip. Lou Andreas-Salomé, a former lover and psychologist, advised him on problems.  Finally, the Russian poet Marina Tsvetayeva fell in love with him after she had read his Duino Elegies and sought to consummate their relationship.

I’ve been lucky with advance reviews for my novel. For example from Ralph Freedman, author of the definitive biography, Life of a Poet: Rainer Maria Rilke.  He said:  “Farrol Kahn’s superb novel…lends the subject a truly Proustian perspective…It stirs and sustains the reader’s involvement throughout…The animation of Rilke…is carried out brilliantly.” Oskar Freysinger, another writer active in the Valais and Swiss, declared: “I’ve read the excerpt and I must say: absolutely brilliant!”

The latest reviews are equally gratifying. The Swiss National Library in Bern told me: “We would like to congratulate you on your impressive bio Novel…” Curdin Ebneter of the Rilke Gesellschaft said: “ I have started to read. I am impressed time and again, by your amazing knowledge of even remote biographical details…Some of your dialogues seem very true to life. Have you been there, unseen and unheard?”

My current project is a book entitled Road Trip with Rilke. I want my readers to be able to follow Rilke’s journeys across Switzerland accompanied by anecdotes and the letters he wrote to his friends from these places. I hope it will bring contemporary travellers into Rilke’s world at the same time as they discover some new destinations.

Farrol Kahn was born and educated in South Africa and has spent most of his life living in London and Oxford. He is a journalist and author who has written numerous articles for the Financial Times, Daily Telegraph, New York Times and also has been interviewed countless times by magazines and newspapers – he was on the front page of the Wall Street Journal (WSJ). He has appeared in many TV programmes including CNN, BBC, Australian Broadcasting Corporation, ITV etc. His 12 cultural/travel books including Oxford, Riga Latvia, Valais, Crans-Montana, Montreux, Lausanne, Geneva and Gstaad. He describes The Rilke Bio Novel (Valais Books 2021) as his first foray into fiction.

Rilke in the Valais

Rilke and Valais (LINK to the Fondation Rilke)

Rilke’s Preferred Locations in the Valais (LINK to Fondation Rilke): Pfyn Forest: “Full of small lakes, blue, green, nearly black. What country delivers such detail, painted on such a large canvas? It is like the final movement of a Beethoven symphony.”

“I have this country in the blood”, Global-Geneva article on Rilke and Switzerland (LINK)