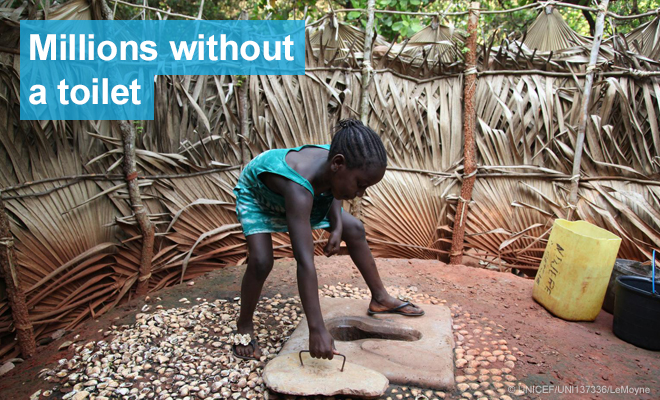 London is proud of its sewers. In 1848 and 1853 cholera outbreaks killed 25,000 Londoners, and 1858 was described as the “Great Stink.” The disease was poorly understood, but the smell finally provoked action. Joseph Bazalgette led the construction of 1,200 miles of sewers, completed in 1875 – one of the great stories of Victorian England. Undoubtedly the sewers transformed London, arguably the biggest single step the city took in becoming a modern metropolis. This was Bazalgette v1.

Today similar systems exist in many places, and infectious diseases have been dramatically reduced. But 2.3 billion people still do not have sanitation, across the developing world, challenged in terms of disease, dignity, even safety, and worst of all for women and girls. The World Bank estimated all this as a $260 billion drag on the world economy.

This problem has not diminished despite annual investments of around $15 billion. Bazalgette-style sewers are simply too expensive, too slow, too difficult to implement in rapidly growing cities and rural areas. So, this remains one of the big challenges of the 21st Century –UN Sustainable Development Goal Nr 6.

The Toilet Board Coalition (TBC) has been set up to champion a different approach – making sanitation a business proposition, and ultimately a self-sustaining system. If sanitation is profitable, it is investable. If it creates profits and jobs, local people will play a part in providing an essential service for their own community. This is even an opportunity to leapfrog ahead of developed countries, if systems could achieve preventative health outcomes and other benefits. But how to better Bazalgette? Enter two big ideas of the 21st Century – the Circular Economy, and Smart Cities, which the TBC has packaged together as a new model – the “Sanitation Economy.”

In the 19th Century when resources seemed abundant, Bazalgette’s taken-for-granted assumption was a linear economy. His motivation was health and smell, not to utilise sewage as a resource. The sewers simply took sewage to “somewhere else” – actually only as far as the nearby River Thames. Treatment plants were added in 1900 – Bazalgette v1.1. Those cleaned up the outflow, but still recovered no resource, and no value. Londoners pay for this service, so effectively London sewage has a negative value. And this exists in a cultural spiral where “human waste” is treated with revulsion. We do much the same with other waste, in rapidly growing volumes. This is the mindset of the linear economy. 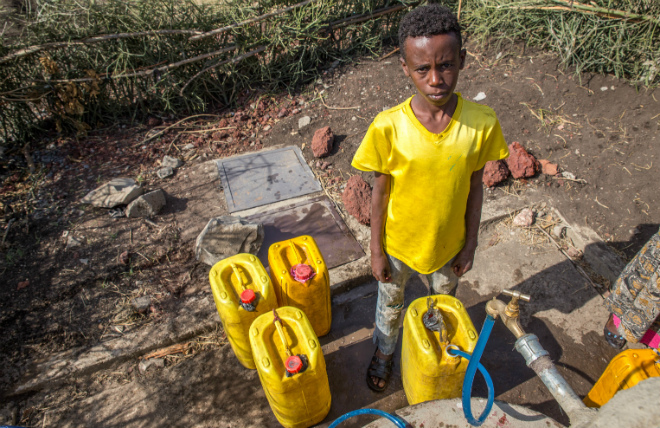 Developing toilet ‘waste’ as a resource: an alternative approach to sanitation

Research over the last five years on the Circular Economy, across multiple industry sectors, suggests the linear economy carries an economic cost of >$1 trillion. The developing world, and especially the 2.3 billion poorest, cannot afford this. And they certainly can’t afford Victorian sewers. So, does the Circular Economy, applied to sanitation, offer an alternative approach?

Sewage is a particularly silly material to regard as “waste.” It can yield fertilisers, increasing crop yields in places short of land and food. It contains water which can be cleaned up in places short of water. It allows energy recovery – renewable energy, unlike burning municipal waste or cutting down forests for fuel. There are innovative products which can be derived – plastics, pharmaceuticals, pet food. And it is safe, if managed properly. All this is available, in volumes perfectly proportional to the population. The TBC has now replaced the “w-word” with a new term – “Toilet Resources.”

Back in the developed world, having provided sewers, we have largely failed to cater for other biological waste. Food waste is a major problem. We forget that “second-hand tomatoes,” whether from the farm, market, kitchen, or toilet, are basically the same stuff. We wrap short-lived food in durable plastic instead of compostable materials, and make nappies from plastic, partly because there is no compostable waste system.

The TBC’s investigations in Africa show many businesses processing Toilet Resources together with farm and food waste. It works perfectly well. They can do this because they’re starting from scratch without existing sewers and waste infrastructure, and the mindsets that accompany them. These systems use a hybrid of technologies, combining some traditional toilets and sewers, with new designs of toilets, collection and treatment.

The digital toilet: a real prospect

Finally there is the Smart Cities angle. What preventative health interventions are possible if sensors detected pathogens in toilets? How could millions of new toilets and treatment plants function economically if their operations are digitally optimised – is the tank full, is the toilet broken? The digital toilet is a real prospect, beyond Bazalgette’s imagination.

Bazalgette built a grid of sewers, and humanitarian sanitation efforts have tended to go to the other extreme and build off-grid sanitation. It turns out that for different reasons both are hard to scale up. The Sanitation Economy is based on a “new grid” – a new combination of material, energy, and information flows, which is scalable because it has different engineering and different economics, favouring rapid stepwise implementation.

The TBC has been working on this over the last 18 months, and has published two new reports, identifying a market of up to $62 billion for toilet-related products and services in India alone, and demonstrating that circular sanitation business models can be profitable at scale. Next, a set of demonstrator projects is being set up, the first already announced, where the city of Pune, India, has committed to become the world’s first Smart Sanitation city.

So it’s time for Bazalgette v2.0. It could be the surprise business opportunity of the 21st Century!

Sandy Rodgers is a circular economy advisor for the Toilet Board Coalition, which is a business-led world-wide private-public coalition for sanitation.

Overfishing: The greatest threat to our oceans

Focus on Afghanistan: Now or never for Afghans