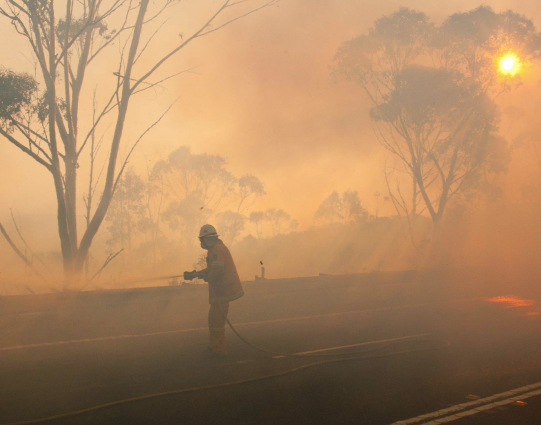 This article by Global Geneva contributing editor and author Mark Schapiro was published on June 2, 2017 by  Pacific Standard, an award-winning American magazine for readers interested in working toward forward-looking changes to private behavior and public policy. By combining research that matters with ambitious narrative and investigative reporting, Pacific Standard tells stories across print and digital platforms about society’s biggest problems, both established and emerging, and the people attempting to solve them. Schapiro’s article is a follow-up to his previous piece in Global Geneva on U.S. Secretary of State Rex Tillerson and the ‘Art’ of the Oil Business.

Last week, the three major trade groups representing the fossil fuel industry dodged, just in time, being forced to defend their position on climate change in court. The Trump administration, despite its withdrawalfrom the Paris climate accord, will not be so lucky.

On May 25, the American Petroleum Institute and the American Fuel & Petrochemical Manufacturers filed motions to withdraw from their defense of the government in the groundbreaking case Juliana v. United States. Three days earlier the National Association of Manufacturers had done the same. Taken together, these three giants of American industry are retreating as fast as they can from a case that leaves the administration in a legal squeeze.

The administration and the trade groups have been backed into an extraordinary legal corner in the case brought by 21 youngsters, who allege that, for over five decades, the government promoted the use of fossil fuels while knowing that the resulting greenhouse gases would undermine quality of life for future generations. According to the lawsuit, such wilfully destructive actions constitute a violation of the plaintiffs’ rights to a healthy and safe world, and their ability to pass down a liveable planet to their offspring. The young plaintiffs demand that the government impose limits on CO2 and other greenhouse gas emissions to slow atmospheric corrosion. “What we’re looking at is for the court to set a constitutional standard for protecting these kids rights that’s based on scientific evidence,” says Julia Olson, the plaintiffs’ chief counsel.

THE FOSSIL FUEL INTERVENORS MAY HAVE JUST BARELY DODGED A BULLET FROM THEIR OWN GUN.

Global Geneva contributing editor Mark Schapiro is a California-based journalist and author. His latest book is THE END OF STATIONARITY: Searching for the New Normal in the Age of Carbon Shock. (Chelsea Green). http://media.chelseagreen.com//the-end-of-stationarity – Twitter: @schapiro & website www.markschapiro.com

If you appreciate this article, then please subscribe to the Global Geneva Support Community so that we can fund investigative reporting in the public interest.