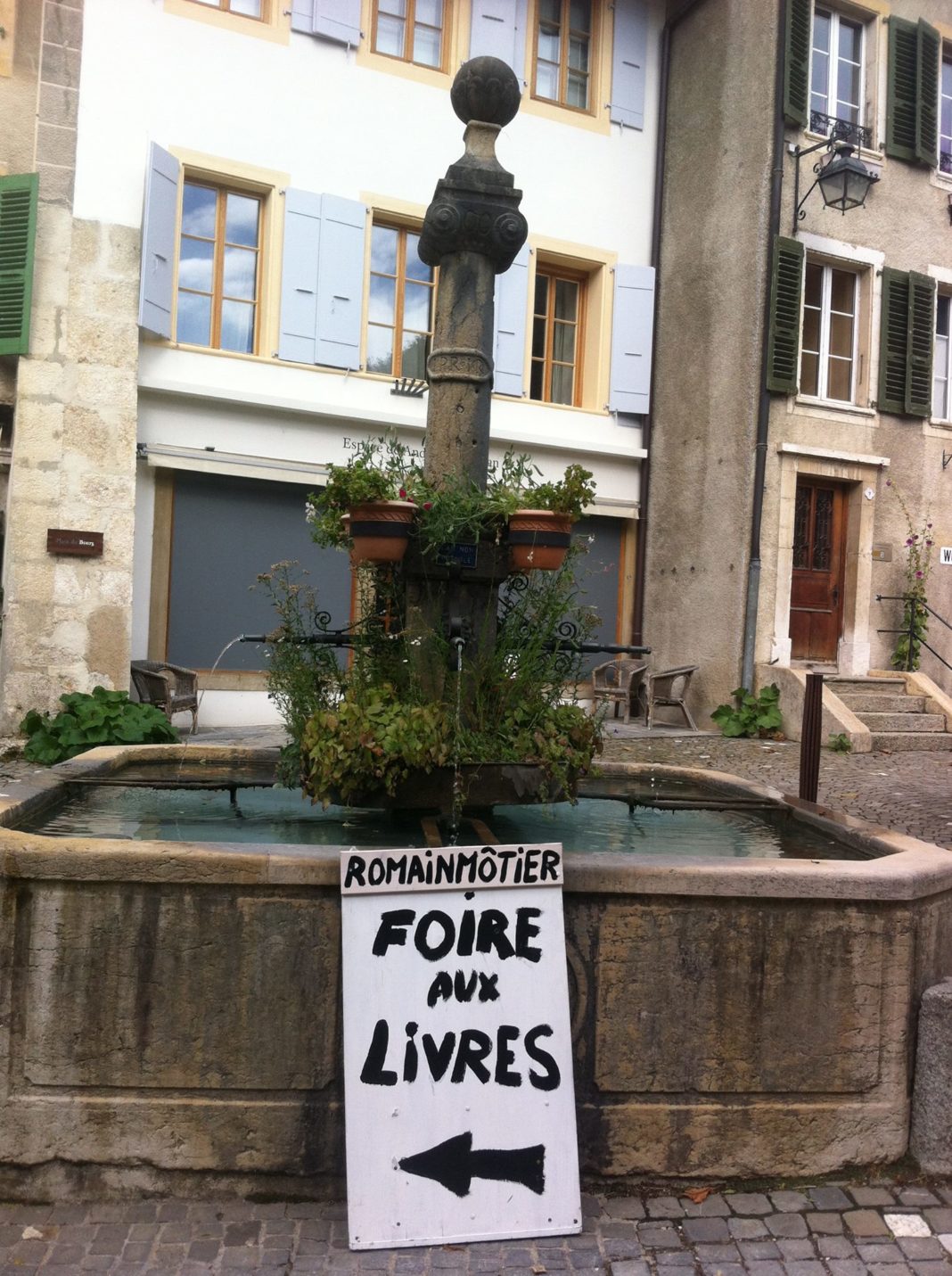 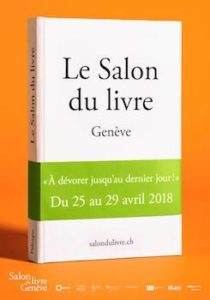 The following article may serve as an inspiration for those attending the Geneva Book Fair, visiting Switzerland or simply living in the region.

The literary urge kicks into top gear as summer approaches. The Fondation Jan Michalski will get this year’s season underway by hosting the inaugural Bibliotopia festival from Friday 4th to Sunday 6th May in Montricher.  The event will gather writers from around the world to address the theme of literature beyond borders. Through readings, debates and interviews, the panellists will explore geographical, emotional and linguistic displacement. Petina Gappah, formerly an international lawyer and long-term Geneva resident, and now a full-time author, will be present along with Xiaolu Guo, György Dragomán amongst many others.

If you are an established or aspiring writer then the Fondation Jan Michalski should already be on your radar. Opened by Vera Michalski-Hoffmann in 2004 and situated in the Jura foothills, it is devoted to supporting the written word. As well as housing a multilingual public library, the Fondation offers financial support for literary projects. Writers can also spend uninterrupted one-on-one time with their manuscripts in the adjoining ‘Treehouses’. Applications for the next year’s residencies open in May 2018. (See Global Geneva article by Indian author Taran Khan on living in a treehouse)

On the subject of literary festivals, Man Booker Prize winner John Banville will be reading from his autobiography Time Pieces. A Dublin Memoir at the Solothurn Literary Festival on the 11th May. Swiss-based writer Padraig Rooney will be reading his poetry over that weekend too. (See Rooney’s Global Geneva article on Hemingway and Fitzgerald in the Lake Geneva region as part of the Geneva Book Fair New York theme). Banville will be at the Zurich Open Air Literary Festival in July, alongside Irvine Welsh of Trainspotting Fame, American writer and journalist Rebecca Solnit, and multi-award-winning author Teju Cole. In September there is the Morges Book Festival or Le Livre sur les Quais to look forward to. Taking place in the lakeside town between Geneva and Lausanne, it has an English section that features roundtable discussions and literary cruises on Lake Geneva.

And if that’s not enough to fulfil your yen for literary satori, to close the summer there is the American Literature Festival in Oron. It is a small festival with a growing reputation and this year has attracted Pulitzer Prize winner Richard Russo as one of its headline authors, alongside Laura Kasischke and Jean Hegland.

In the past few years Swiss-based writers have found literary acclaim in the English-speaking world. To follow in their footsteps you could join Vaud resident Jason Donald at his annual Write Time Retreat in Gstaad at the end of May. Donald wrote his latest book, Dalila (2017), in Switzerland and he invites you to spend a week learning the tools of the writing trade with a group of like-minded souls. Michelle Bailat-Jones (Unfurled, 2018) is offering a year-long Writing the Novel course to help writers complete their novel, and Daniella Norris (Recognitions, 2016) hosts the annual Inspired Writing Retreat at the Chateau de Bossey, between Geneva and Nyon.

There is always something going on at the Geneva Writer’s Group. You can catch one of their monthly craft workshops, attend the bi-annual conference or submit to their Offshoots Anthology. For the truly brave, how does going on stage in front of a group of strangers and reciting your poetry grab you? If that does not fill your quivering heart with terror, then you might enjoy the monthly Geneva Open Mic Poetry Readings at the Ethno Bar. ‘Wanderer, worshiper, lover of leaving,’ it seems that everyone is welcome.

Writers throughout Switzerland should keep an eye on The Woolf Quarterly, an online literary magazine that provides writing news and prizes for writers and artists. They run an annual short story competition, the annual WriteCon writing weekend and monthly meet-ups in Zurich to stop writers getting lonely as they wrestle with the page. 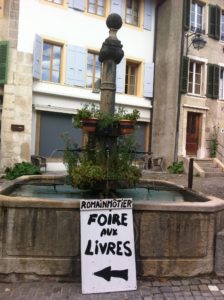 It is even possible to enjoy literary tourism in Switzerland and visit whole towns that are devoted to books. If you’ve never been to the hidden and somewhat magical town of Romainmôtier, then put the weekend of 14-17th September in the diary for the Foire aux Livres when more than 100,000 2nd hand books will be on sale. But the award for the most bookish town in Switzerland has to go to St-Pierre-de-Clages in the Valais. The ‘Village du livre’ boasts seven bookshops within its walls and organises an annual book festival at the end of August.

It seems that the book is alive and well and living in Switzerland and it is all here for you to discover. Mary Shelley would be proud. 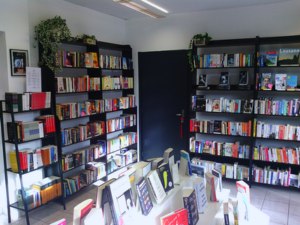 Matthew Wake is the owner of Books Books Books, the independent English bookshop in Lausanne. The bookshop also organises occasional book readings and other events.