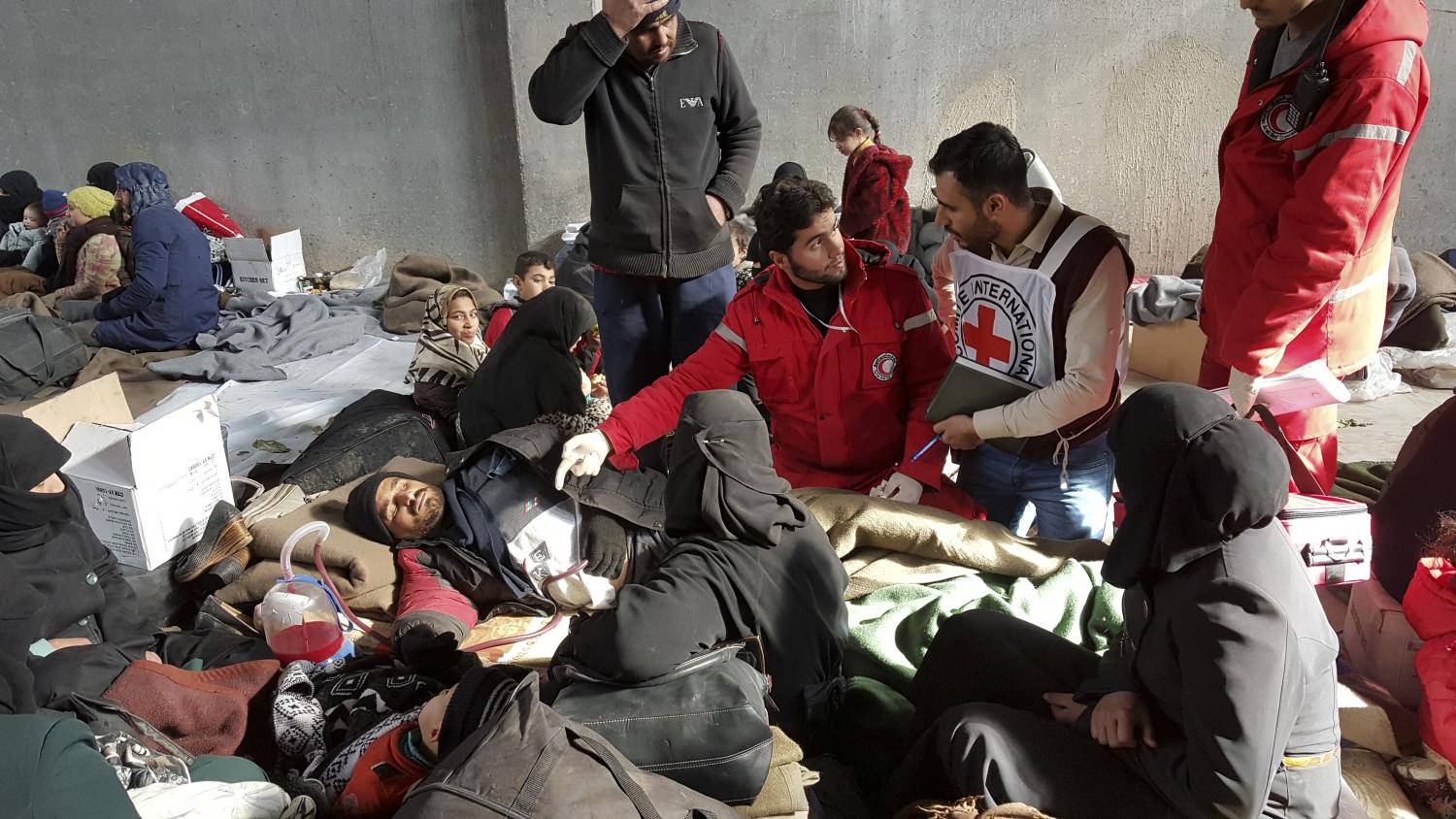 Reporters are present at virtually every international mediation. Yet they are rarely asked what mediators could do better in providing information for the public. The Geneva-based Centre for Humanitarian Dialogue (HD) decided to consult some of the bridemaids of the international scene on how to handle such shotgun weddings better. Six respected writers and broadcasters — from Iraq to Berlin — gave the centre their frank opinions for Mediation through a media lens, available online. 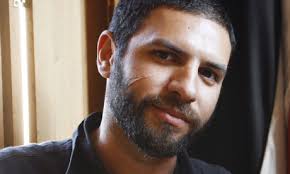 The media can be as dangerous as the people carrying the guns. Ghaith Abdul-Ahad, an Iraqi writer, journalist, photographer and correspondent for the Guardian, declared: “The media can be utterly devastating for a peace process. If you look at Syria at the moment [May 2016], you see that the local media coverage as well as coverage in neighbouring countries is sometimes more dangerous and more devastating than the militias on the ground. Of course these media outlets reflect the point of view of militias and sectarian rulers, but at the same time they spread their messages. So the media can be as dangerous as the people carrying the guns on the ground. There is a lot of demonising in the media. And when I say the media here, I mean the local and the international media. In the Syrian conflict, a lot of the media came with the supposition that one side is evil and one side is good. And after one or two years we concluded that there are murderers on both sides. The media should have played a more careful role in the beginning of the conflict.” 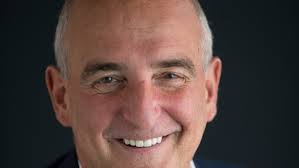 If you want something to be confidential – don’t speak to a journalist. That’s Roger Cohen of the New York Times and the former International Herald-Tribune. “We are not there to be useful or detrimental to the peace process. We are there to report what is going on.” 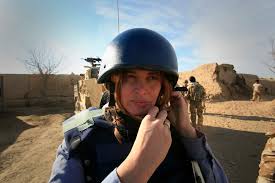 So many diplomats are locked up in their embassies, […] they don’t actually know what’s going on outside. Janine di Giovanni, Middle East editor of Newsweek and Associate Fellow at the Geneva Centre for Security Policy: “During the Syrian peace process, what was happening in Vienna or Geneva had very little relevance to what was actually happening in Homs, Idlib or Aleppo. It’s rather arrogant and colonial to assume that a group of diplomats in Vienna knows what is best for the Syrian people. I usually go to places that the UN or international organisations do not go to.” 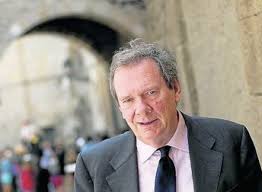 It may be part of the role of diplomats to, at times, project optimism about their endeavours; one thinks of John Kerry on Syria, for example. But wishful thinking is not a substitute for reporting and analysis. — David Gardner, international affairs editor and associate editor at the Financial Times. 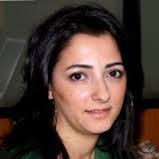 The major problem is the mutual mistrust between journalists and mediators, says Bissane El-Cheikh, a Beirut-based op-ed writer with Al-Hayat newspaper and a documentary producer. She laments “a sense of competitiveness rather than integration”. 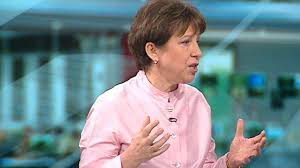 For some media, there can be ‘the story that’s too good to check’, warns Lyse Doucet of the BBC. “The challenge for both sides is greatest when journalists are getting no information about what is happening behind closed doors but are still under pressure to write or broadcast. And, when there is more ‘process,’ than a likelihood of peace, media outlets on tight budgets in a busy news cycle will stop following the story. This can help a difficult process which needs time out of the spotlight. But it can also take away momentum and pressure which can be useful to keep the process going.”

Cohen: Journalists respond very favourably to having situations explained to them from the standpoint of a mediator who is trying to advance peace in a situation where there is war. One pitfall is to avoid the press. Another pitfall is to imagine that the press can be used.

di Giovanni: The worst thing you can do is lie to a journalist. It’s such a bad tactic, because we will find out you are lying, and then there will be no trust on any level and there will be no forgiveness [laughs]. Journalists have long memories! My advice: be open to journalists. The smartest diplomats and the smartest military officials work hand in hand with journalists. General Sir David Richards, who was commander in Afghanistan, Sierra Leone and East Timor, and I always worked together.

Abdul-Ahad: One of the greatest mediators in recent years is [U.N. special envoy for Syria Staffan] de Mistura. He is subtle and he does not appear to be trying to mislead or misinform you. At the same time he is really cautious with the amount of information he provides. De Mistura is a perfect example of how a mediator should handle the media.

Gardner: Like any journalist, I value accurate and timely information.

Doucet: Choose who you wish to speak to at moments which matter. Maintain a balance between exclusive interviews which can have a big impact, and keeping all media informed, especially influential local journalists from countries involved in the process. Take the current Syria talks: even though there is not much movement, there are still regular briefings to satisfy the demands of a large number of journalists. Most journalists are active on social media so every twist and turn, every smile or frown, every sighting – however distant – ends up in the public domain.

Bissane El-Cheikh: Mediators should not ‘use’ the media to advance peace processes, just as journalists should not ‘use’ (and abuse) mediators to strengthen their positions and points of views. Informing journalists regularly – not only when needed – and engaging them in the process can help to develop a certain balance.

The five pages of interviews can be found at https://www.hdcentre.org/wp- content/uploads/2016/08/ Mediation-through-a-media- lens-2.pdf. HD prepared the publication for the annual international “Oslo Forum” conference of armed conflict mediators and peace process actors organized with the Norwegian Ministry of Foreign Affairs in Oslo, Norway, on 14-15 June 2016.

HD published its Annual Report on 26 May 2017: “In the last five years, HD has helped bring about almost 40 peace or conflict management agreements.”

HD’s latest publication (https://www.hdcentre.org/wp-content/uploads/2017/06/The-Inside-Story-The-impact-of-insider-mediators-on-modern-peacemaking.pdf), on 30 June 2017, reports on insider mediators and their impact on peacemaking. The booklet is dedicated to the legendary David Lambo, an insider mediator who died earlier this year.

Peter Hulm has covered a number of UN negotiations from the sidelines, including the abortive Rhodesia talks in Geneva.