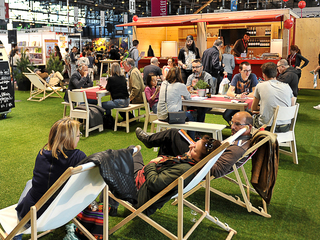 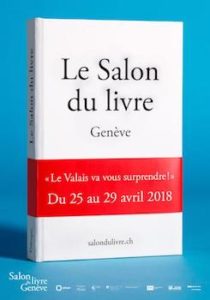 This article is in conjunction with the 2018 Geneva Book Fair’s hosting of New York as its honorary guest.

In the early 1960s, a charismatic visionary named Ted Nelson began working on a concept that quickly turned into an obsession. Nelson’s goal was nothing less than gathering the world’s collective knowledge in a centralized repository that would be instantly accessible to everyone, a sort of computerized version of the ancient Library of Alexandria only this time on a global scale. He named his vision, Project Xanadu.

Although Nelson worked on the project for decades, it never got off the ground, mostly because he lacked the technical expertise and the funding to complete it. Nelson’s real mistake, however, was to base his grand plan on centralizing knowledge rather than focusing on accessing it where it already existed at different locations around the world. The Internet and Tim Berners Lee’s work on the World Wide Web, managed to do just that, while Google’s ingenious algorithms made it possible to navigate through a decentralized ocean of random information regardless of geographic location.

How viable are books?

The digital revolution that followed changed the way we access information. It has raised questions about the continued viability of the book, which for the last two thousand years has been the most adaptable and practical vehicle for storing what we know.

The question debated by publishers today is will books printed on paper continue in the future, or will they be replaced once and for all by digital eBooks that can be read on tablets, smart phones and computer laptops.  The answer at least for the present is that both print and digital books are likely to be in widespread use for the foreseeable future.

What is dramatically changing in the world of publishing is the dynamics of the way books are sold–not the books themselves. In the United States, where the change is most visible, the shift from bricks-and-mortar book stores to online sales for books in print as well as for digital eBooks has been dramatic. The transition to online sales echoes what is happening in the larger retail market as well. It will likely transform the range of access as well as the kind of books that we are likely to read in the future.

The change in publishing – and how books are read

The first assault on local book stores dates back to the 1990s, when chain stores such as Barnes and Noble and Borders introduced mass marketing strategies into an industry that had remained relatively unchanged for more than a century. In contrast to the few hundred books on display at the typical neighbourhood bookstore, Barnes and Noble could offer instant access to thousands of books.  Chain stores often sweetened the deal with a 25 per cent discount on best-selling titles. Many local bookstores found it difficult to compete.

For a brief period, it looked as though the chain stores would dominate the future of publishing, but then Jeff Bezos stepped into the picture. After graduating from Princeton with degrees in electrical engineering and computer science, and then working on Wall Street for several years, Bezos drove from New York City to Seattle, Washington. Along the way, he realized that as far as book stores went, most of rural America was already a desert.

The solution, Bezos decided, was to shift sales to the Internet. Bezos convinced his family to invest $300,000, and he was off and running.  The new venture was named “Amazon” mostly because the “A” put the company alphabetically at the head of the line. While Bezos started by selling conventional print books, he was attracted to digital publishing as the innovation that promised to put Amazon on the map.

In 2005, he bought a French software company, Mobipocket, which had developed sophisticated software for e-publishing. Bezos then turned to developing a dedicated eReader, the Kindle, which appeared on the scene in 2007. Bezos’ idea was to make any book instantly downloadable to a Kindle regardless of where you were. 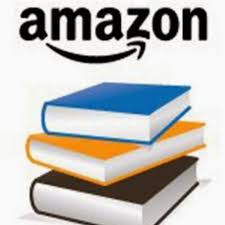 The critical feature that Bezos insisted on was that the Kindle had to connect to an Amazon sales point without requiring the customer to sign up for an internet connection. To do this Bezos contracted with Qualcomm, which created a specially dedicated cellular network, dubbed “Whisper Net.” From that point on, any Kindle owner could make an impulse purchase of just about any book he wanted and start reading it immediately.  It didn’t matter if you were at the beach or at an airport waiting for your plane to take off.

From the beginning, Amazon offered access to some 90,000 books, a figure that dwarfed anything that Barnes and Noble could possibly equal. Today, Amazon by the best estimate provides access to nearly six million titles in 12 countries. In contrast to conventional books which are increasingly expensive to send through the mail, eBooks are oblivious to international frontiers and can be downloaded anywhere in the world.

Bezos, had, in fact, realized a large part of Ted Nelson’s dream of making much of the world’s knowledge instantly accessible. It was no accident that by tapping into the book market, Bezos was able to identify and link to thousands of educated consumers at the top of the retail food chain. Amazon soon moved from books to selling just about everything. Its annual revenues today are more than $178 billion.

Amazon’s stunning success delighted some and frightened others. More than a few publishers hoped that the public would grow tired of reading electronic books and Ereader sales did begin to plateau in 2013, and then go into a slight decline.

That may have given some hope to pro-print luddites, but the decline turned out to be due in part to the vastly improved resolution and flexibility of iPads, tablets and smartphones that became substitute platforms. Apple increased the practicality and comfort of reading on a screen when it launched its “Retina” displays which have nearly the same resolution as a printed page. Amazon smartly made its eBooks readable on almost any tablet or smartphone. Another advantage of Amazon’s approach was space. You could literally keep hundreds of books stored on Amazon’s servers without crowding yourself in a small apartment.

The impact on the publishing market, at least in the US, is obvious. The Borders chain which had employed more than 19,000 people went out of business in 2011. In 2015-16, according to figures published by AuthorEarnings.com, a website that tracks book sales for authors, overall American sales of traditionally published books increased by 3.3 per cent, but sales at Barnes and Nobles declined by 6 per cent. Sales at Walmart, Target and similar stores dropped by 5 per cent and sales at airports, train stations, etc. declined by 2 per cent. In contrast, sales at independent bookstores went up by 2%.

The real winner was Amazon which increased its book sales by a whopping 35 per cent. Bezos’ company was in effect clearly devouring the rest of the industry. At the same time that print sales were on the upswing, eBook sales through Amazon increased by 4 per cent.

A large number of these sales bypassed conventional publishers and didn’t show up on standard sales reports. According to Author Earnings, Amazon sold more than 480 million eBooks in 2016. While the most striking trend was a major shift towards purchasing books on line rather than from bricks-and-mortar stores, there was an equally intriguing tendency for new writers to go it alone and publish their own work on line rather than depend on the traditional publishing establishment.

Amazon is playing a major role in defining this market as well. Through Kindle Direct Publishing, Amazon offers to print copies of an author’s book from a stored PDF as orders come in. The printing cost, around $8 per book, is automatically deducted from the author’s royalties when a sale is made. A growing number of companies offer similar deals.

It’s the book that matters, not the format: Catering to all tastes

The traditional publisher’s edge, of course, is in the professional help in editing, access to established distribution networks and its ability to publicize an author.  As more and more sales go on line, however, the bottom line is that independent authors now have  more options available than at any time in the past.

In deciding whether to go with traditional print books or to go digital with an eBook, it may be worth taking a cue from the former students and professors at MIT’s Media Lab, who developed the “electronic ink” now used in Amazon’s Kindle. The Media Lab saw books as “bits and atoms.” The computer bits hold knowledge. The atoms are the physical form in which that knowledge is presented. The two do not need to be the same.

In other words, the essence of a book is its intellectual content. The form in which it is presented does not really matter. It follows that the best approach for both publishers and authors is to make a book’s content available in as many different forms as possible.

Global Geneva America’s editor William Dowell is based in Philadelphia. An author and  former foreign correspondent for TIME and ABC News, he has reported world-wide on issues ranging from wars and politics to the nuclear industry, culture and international aid.

Interesting links relating to this article:

WIRED MAGAZINE- Ted nelson and the curse of Xanadu

Coping with the lockdown blues and blahs