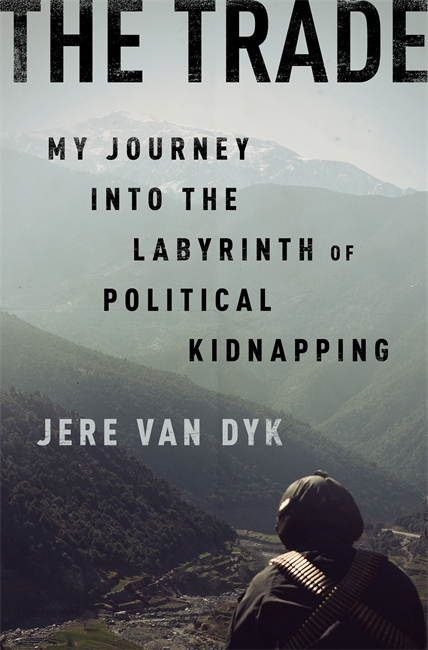 JERE VAN DYK IS ONE OF THE MOST DISTINGUISHED of Afghan hands. In The Trade: My Journey Into The Labyrinth Of Political Kidnapping, he shows he is as fearless in the pursuit of truth as any tragic hero. A veteran American journalist who first journeyed to the country in 1973, he returned in 1981 to venture deeply into danger with the mujahideen during the Soviet invasion, and then went back in the immediate aftermath of 9/11.

Van Dyk travelled across the Pushtun tribal lands of southern Afghanistan into Pakistan hoping to gain insights into the Taliban’s views and motivations, only to be betrayed by his fixer.

The Trade, however, is not an account of his kidnapping in February 2008. That trauma, and all the psychological torture it entailed, was vividly described in his previous book, Captive: My Time as a Prisoner of the Taliban, published in 2010.

His aim here is to answer the question: “Who kidnapped me and why?” For, as his subsequent investigations from Washington to Kabul to Islamabad discovered, the subtitle of his initial memoir was far too naïve.

There is a profound irony here. As a sagacious observer whose deep knowledge and consciousness come from decades of an intensely lived life and assiduously connecting the dots, Van Dyk would seem to be the last person who would be stumped by fundamentals.

For instance, he is blunt and unambiguous about the role of the Pakistani military and its intelligence service, the ISI, as the masters of the Taliban and other militants.

And he is equally direct concerning the extent of American ignorance and denial about this reality and its effect on the war effort: “The US public didn’t know or was not interested to know that the United States was giving billions to the Pakistani army which was backing the Taliban and al Qaeda.”

He also quotes an ex-State Department official as saying: “There is no institutional understanding of Afghanistan and Pakistan because people change jobs every three years.”

Yet it is Van Dyk’s very understanding that the mainstream view – that “nonstate actors” are behind most of the terrorist mayhem of the post-9/11 world – is ludicrous that causes him to probe the darkest corners of this particularly twisted labyrinth. There he only finds confusion.

Personal histories, family ties, blood feuds, rumours, claims – and accusations that the various Afghan, Pakistani, American, and British players in his drama work for intelligence agencies, have ulterior motives, or were even complicit in his kidnapping – make discovering a straightforward narrative impossible, though he does come to a basic existential conclusion about his captors: “They all wanted money, and were using religion as a cover and a shield.”

He engages in frank self-criticism and later seeks to connect with other former hostages and the families of those who were killed by their captors. Here we see unambiguous humanity, free from dissimulations, especially when these survivors try to create something good out of their ordeals. This includes participating in the James Foley Foundation, named for the journalist killed by the Islamic State in Syria in 2014. The foundation focuses on conflict journalists and seeks to educate the public about the true nature of their work, the dangers they face, and the critical value of their efforts, all necessary if we are to have an informed democratic discussion regarding conflicts that may seem distant yet nevertheless affect us all.

By the end of his book, Van Dyk has concluded that such kidnappings take place in a labyrinth in which the unspooled thread that is supposed to lead one out into the sunlight in fact has too many tangled splices that just go round and round, with no sign of a deliverance. But his readers will have gained illumination into some of the most terrible, tragic, and ultimately – if honesty prevails – remediable issues of our time.

VANNI CAPPELLI, an American freelance journalist, is the president of the Afghanistan Foreign Press Association.

The Trade: My Journey Into the Labyrinth of Political Kidnapping by Jere Van Dyk, New York: Public Affairs, 448pp, $ 28.00

The editors urge high school students in Switzerland to submit personal articles, essays or other media initiatives for Global Geneva’s June, 2019 media awards focusing on ‘international Geneva’ themes ranging from humanitarian response and conflict resolution to human rights, climate change and world trade, or any of the Sustainable Development Goals as part of this year’s Young Journalists’ and Writers’ Programme. And to participate in Global Geneva’s journalism and writing workshop 27 March, 2019, to learn about the crucial need for credible reporting in the public interest but also how to communicate effectively about issues in which they believe. See www.global-geneva.com for more details. 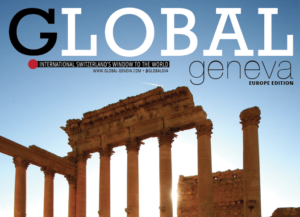 Support Global Geneva. If you would like to help bring quality journalism and public awareness of the need for credible, fact-based information to young people, please donate or otherwise support Global Geneva initiatives. We cannot do it without your help.