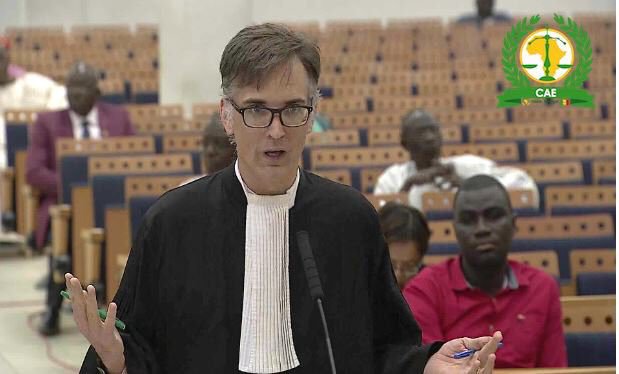 Since the International Criminal Court (ICC) opened for business 15 years ago only four cases have been successfully tried. The ICC was originally intended to be an updated, modern version of the Nuremburg trials that prosecuted Nazi war criminals. It didn’t quite work that way. (See article in the latest edition of Global Geneva on justice must be seen to be done).

The principle behind the ICC seemed good enough, especially in the increasing wave of kidnappings, recruiting of child soldiers, and brutal amputations that have characterized the wars fought over “conflict minerals” and “blood” diamonds in Africa. Despite the best intentions, the ICC almost immediately became bogged down by political pressure, rendering living proof of the old adage that one man’s terrorist is another’s freedom fighter.

No US support for the ICC

The United States, which has strongly opposed the ICC from the beginning, was clearly concerned that Americans in highly politicized conflicts would soon be subject to prosecution. Henry Kissinger was often mentioned as a particularly tempting target. And to be fair, if the US had agreed to the court, it would almost certainly have run into complications. This includes the Iraq war abuses at Abu Ghraib and the secret CIA kidnappings and torture of terrorist suspects around the world, not to mention the indefinite imprisonment without trial of suspects at Guantanamo Bay in Cuba.  Besides the United States, Russia, Sudan, China, Indonesia and Israel also have refused to be bound by the ICC’s rulings.

Politics aside, there is, nevertheless, a general consensus that individuals, who commit crimes against humanity, should not be allowed to escape with impunity. A Swiss lawyer, Alain Werner, who founded Civitas Maxima in 2012, thinks he may have found a solution.  Rather than depend exclusively on international tribunals, Werner believes that it is worth shifting the focus to the actual victims of war crimes, and working with them to compile the solid evidence that is needed to enable a prosecution to stand up in any court of law. Once the evidence is there, the cases can be prosecuted in any court that expressly outlaws crimes against humanity. It does not matter if the court is an international tribunal, a specially constituted war crimes court or even an ordinary domestic court.

The name, Civitas Maxima, which translates roughly as “the greater state”. is reference to the legal term in Latin that captures the notion that all civilized societies hold certain values in common.  The implication is that any society, which considers itself civilized, will instinctively condemn international crimes such as crimes against humanity and war crimes. So far, Werner’s group has been investigating well over 10 cases, and at least three have led to actual arrests by national authorities since 2014. That may not seem much, but in fact, it represents a third of the extra-territorial arrests by national states for international crimes in 2014 and 2015. During that period, only eight extra territorial arrests by national authorities took place world-wide.

One of Werner’s cases is currently being prosecuted in Switzerland; two are in Belgium. One of the accused, a naturalized American who held Belgian nationality and was arrested in Spain, died while in jail awaiting trial this spring.  This was the first time ever a Western businessman was arrested for the trade of so-called blood diamonds. Werner did this in conjunction with a local Sierra Leone partner,   the Centre for Accountability and Rule of Law (CARL). Most of the current public cases involve militia leaders who were responsible for atrocities during civil wars in Liberia.

Alain Werner as a lawyer is also representing victims of Hissène Habré, who was president of Chad from 1982 until 1990. The Extraordinary African Chambers in Senegal, convicted Habré last May on charges of rape, sexual slavery, and slaughtering members of opposing tribes. Werner had been working on the case since 2008, and it was typical of the kind of case that the ICC would have particular difficulty in dealing with, even if it had jurisdiction. Habré’s rise to power was largely due to support he received from France and the US. The CIA, under Ronald Reagan, had provided military aid in the hopes that Habré would eventually help the CIA establish a paramilitary force to oppose Muamar Khaddafi after the Libyan leader had tried to seize the Aouzo Strip between Chad and Libya. The region is rich in uranium, and there was concern that Libya was trying to build an ‘Islamic’ nuclear bomb. No one had seriously thought or cared about what Habré would do to other Chadians once he was in power.

“One of the major issues in international justice,” Werner says, “is the fact that politics always affects the process. The International Criminal Court tries to create the impression that it is independent, but so far it has been mainly driven by political factors.” The answer to this conundrum, Werner feels, is for more independent organizations with legal expertise similar to that of Civitas Maxima to take the lead in building convincing cases that will stand up in court, and which cannot be ignored. “Organizations that advocate and write reports, like Human Rights Watch and Amnesty International, are doing a great job,” he says. “But in the end, you badly need independent lawyers and trained investigators who can compile evidence that meets international standards.”

A key requirement, of course, is funding. “If you work for an international court, the funding is there.” Werner says, “If you work independently you have to come up with the funds on your own, and in our case that is complicated by the fact that we do not accept funding from governments.”  In fact, Civitas Maxima receives funds from several independent foundations worldwide. A major factor in the group’s planning is that it is never certain for how long the current funding will continue.  Werner realizes that the small size of Civitas Maxima limits what it can do, and that it cannot take on all the world’s problems at once, but he sees the group, which has five staff members in Europe and another 15 in Liberia through his local Liberian partner organization, as an innovative model.

Werner’s own involvement in prosecuting war crimes started with his work for the Special Court for Sierra Leone in 2003, including the trial of the former president of Liberia Charles Taylor. “It has been a long journey,” he says. The 11-year civil war in Sierra Leone (1991 to 2002), killed an estimated 50,000 people, and drove another 80,000 into Liberia as refugees. The action of the rebels was particularly cruel. Children were forced to murder their parents or amputate the limbs of brothers and sisters. Mothers were raped and mutilated in front of their families. The major incentive driving the combat was greed. Rebel commanders made fortunes by selling alluvial ‘blood’ diamonds, easily found along river beds and sold on the international market once local populations had been driven away.  Charles Taylor, who had participated in the coup which led to the murder of Liberia’s former president William Tolbert and who was subsequently arrested in the United States after being accused of embezzling more than $1 million in Liberian government funds, also intervened in Sierra Leone with his self-styled National Patriotic Front of Liberia. He was accused of torture and multiple war crimes.

Alain Werner worked for the special court in Sierra Leone for five years. “That’s where I learned how to prosecute war crimes,” he says. In 2009, he went to Cambodia to represent victims in the case of the Khmer Rouge who had run the infamous S-21 concentration camp that fed into the “killing fields.”  After that he joined an independent group, the Aegis Trust, which also runs the Kigali Genocide Memorial in Rwanda , and which had a small programme focused on helping victims gather evidence.  The initiative ran out of funding after about two years, but by then Werner was already heavily involved in a number of cases involving victims of Charles Taylor’s operations in Liberia.  Werner decided that he couldn’t abandon the work, and so he created Civitas Maxima. He already had promises of funding in March 2012, and by September, Civitas Maxima was officially launched.

To gather evidence in Liberia, Werner put together an investigation team headed by Liberian journalist, Hassan Bility, who had been tortured by Charles Taylor.  Werner paid for Bility to go to the Hague and be trained as a professional investigator focusing on war crimes.  Returning to Liberia, Bility put together a 15-man investigation team, which today is completely financed by Civitas Maxima.  Since Bility had also been tortured by Taylor, he had a special credibility with former victims.  The team has received numerous threats, but continues with its investigations.

Werner is also collecting evidence from victims of Ivory Coast’s current president, Alassane Ouattara, whose forces are accused of committing atrocities during the post-electoral violence of 2010 and 2011. His predecessor, Laurent Gbagbo, is the first head of state to be tried for war crimes at the ICC for atrocities committed during the same period by his own forces.  With both current and past president accused of war crimes, Ivory Coast is a particularly sensitive area. “Most of the victims we represent are afraid to talk to anyone,” says Werner, “so in that case we send staff members from Europe to gather information.”

We need to grow the concept of Civitas Maxima

Werner says that since the work of Civitas Maxima has taken off, numerous victims of other conflicts have approached them. For the moment, the group has a full plate. It intends to send a representative to Philadelphia for the case pending in the US, involving an alleged Liberian warlord to make the organization better known to a wider audience. Nicknamed “Jungle Jabbah”, the Liberian has been living near Philadelphia since the end of the 1990s and was arrested by the United States Homeland Security for lying about his past when he applied for political asylum. Werner says that Civitas Maxima is trying to gauge how much extra work it can realistically take on.

“We need to grow the concept,” he says. “Will Civitas Maxima continue to be successful, or will another independent take the idea and make it grow? I don’t know, but I am convinced that we really need this innovative approach. In the United States, you have a head of state saying that torture is fine and in the Philippines another one boasting about the fact that he has killed criminals. The climate is getting crazy. We absolutely need more fiercely independent lawyers to use their expertise to counter impunity for mass crimes.”

William Dowell is Global Geneva’s Americas editor based in Philadelphia. As a journalist and author, Dowell has reported on conflicts around the world, including Africa and Asia, for TIME magazine, ABC News and other media.