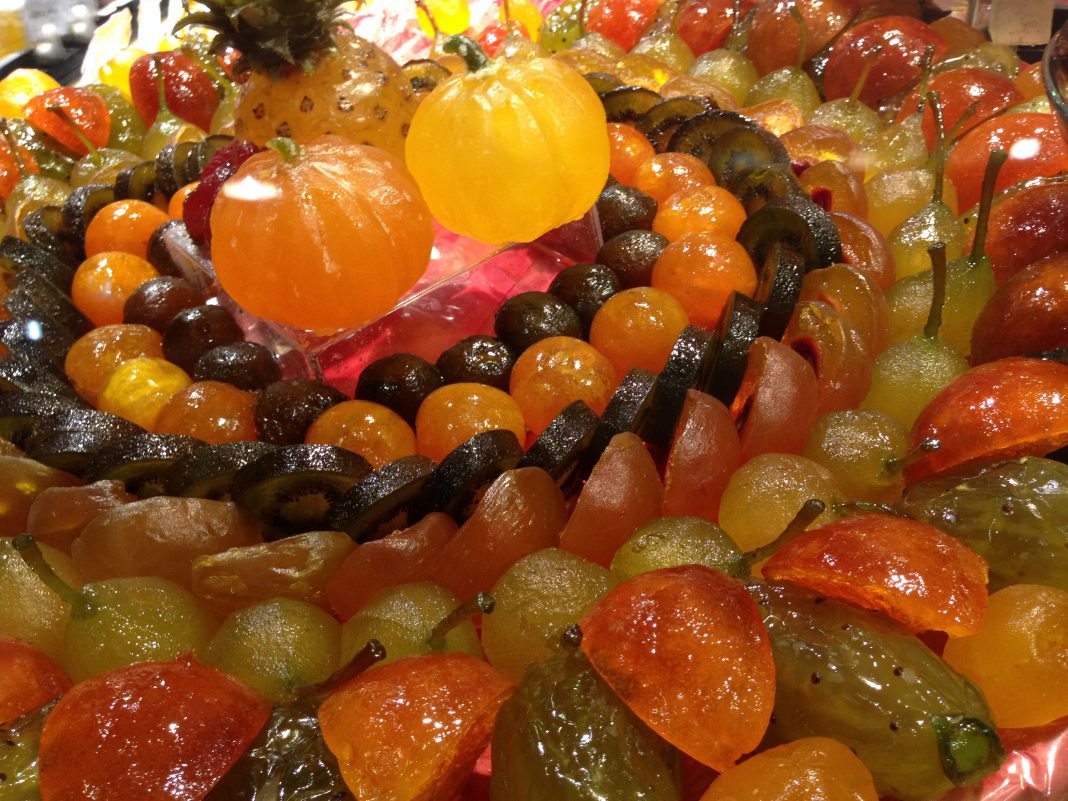 WHAT IF SOMEONE TOLD YOU the best food in the world was to be found in Lyon, just two hours from Geneva?

Before you start flinging dissenting arrows and lining up your arguments, consider the source: the famed Curnonsky, France’s food critic and gourmand, who dubbed Lyon the ‘world capital of gastronomy’ back in 1935. In a country whose fussiness about food is legendary, these words weigh heavily. 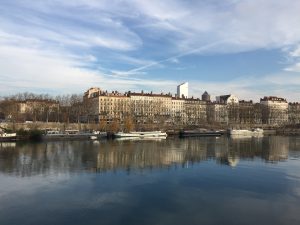 Foodies flock to Lyon from every corner of the planet to dip their forks into the legendary recipes of Paul Bocuse, known as the ‘Pope of French cuisine’ (and also known, for better or worse, as the gentleman responsible for introducing nouvelle cuisine to the world).

Visitors vie to fill up the city’s bouchons, those cozy restaurants often passed down through generations and whose hearty dishes are the antithesis of Bocuse’s refined lightness. Food lovers will queue for renowned cheese merchants, chocolate makers and pastry chefs. Lyon, after all, does have numbers on its side: it has the most restaurants per capita in France, 18 of them boasting at least one prestigious Michelin star.

You can hardly walk more than a meter or two without bumping into something to eat, usually sublime, but with a few dubious encounters thrown in as fast food makes inroads. 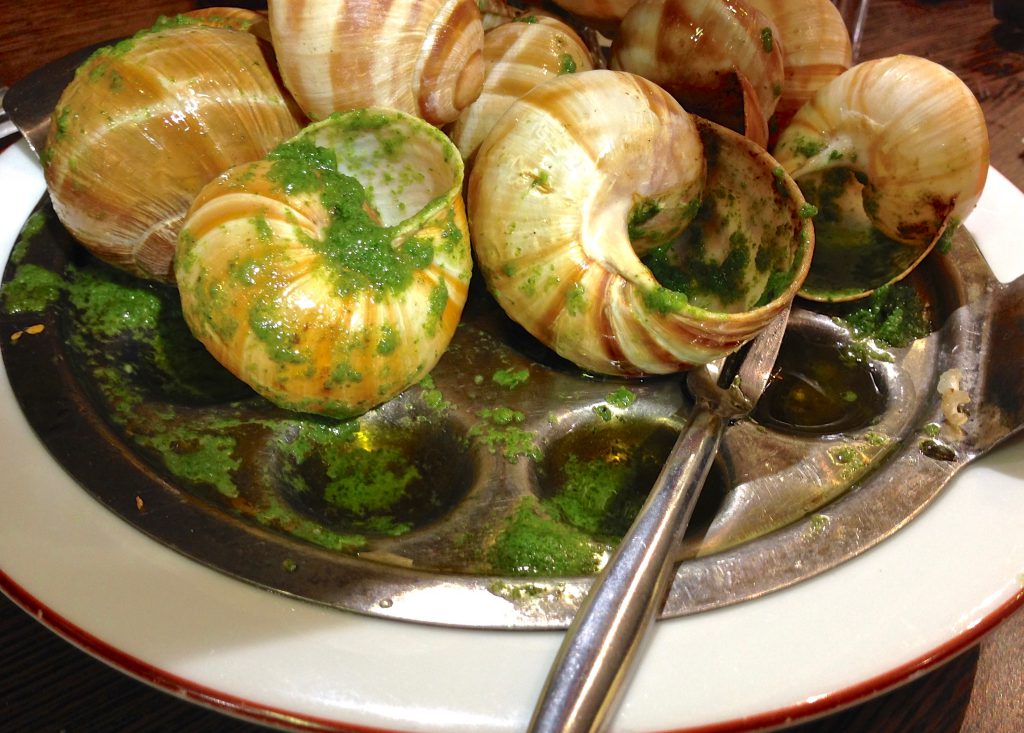 UNDER A SINGLE ROOF

You could spend an entire year trying several specialties a day and still not manage to sample the full spectrum of cuisine lyonnaise. Or you could do it in a day, without even leaving the building.

That building would be the Halles Paul Bocuse, a covered market tending more towards Ali Baba’s culinary cave than produce stall, to be found a comfortable ten-minute stroll from Lyon’s main Part-Dieu train station. 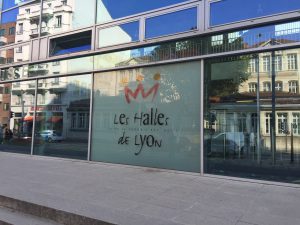 Don’t be fooled by the unprepossessing glass front and warehouse interior. With a name like Bocuse, the pressure to excel is brutal. Let your attention wander to Sève’s rainbow-hued pastries, so bright you’d be accused of excessive saturation if this were a photograph. Or gaze guiltily at rows of pastel macarons, lined up like soldiers on parade and ranging in flavours from rose and violet to… foie gras.

Stroll down an alley to stare hungrily at the candied fruit at Bahadourian, the Armenian caterer and grocer whose downtown warehouses feel like Istanbul’s Grand Bazaar – not traditionally Lyonnais, but a fixture nonetheless.

Build your own cheese plate at Mons: they might suggest a cheese wheel, with the mildest first, followed by stronger and stronger cheeses to preserve your palate.

Soon you will come upon what I call Seafood Lane, with sea urchins so fresh you inhale rather than swallow their dainty red corals, and plump, garlicky escargots fat enough to keep slipping out of your tongs. As you work your way up and down the aisles, you might hear the cracking of shells, or follow your nostrils to a dish of fragrant andouillette, a tripe sausage usually clothed in creamy mustard sauce. 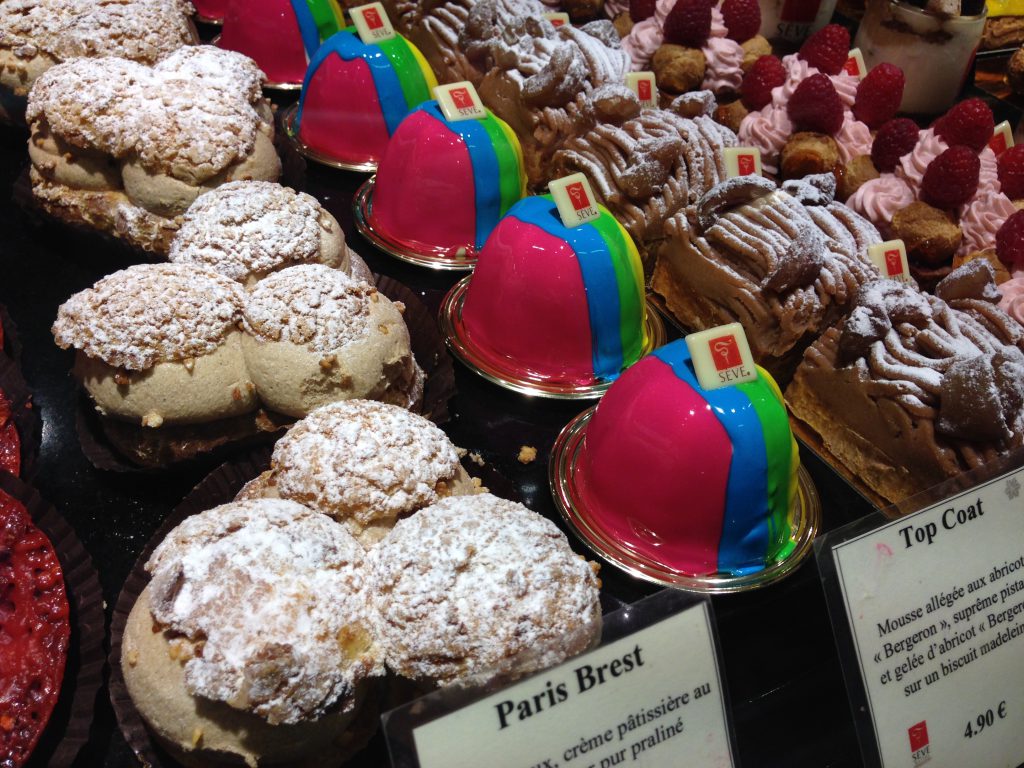 This was once a traditional market, one of many, but delivery trucks found it hard to manoeuver along Old Lyon’s twisted streets until finally, in 1970, Les Halles moved to its present site in the suburbs, less charming perhaps but superbly convenient with the train nearby.

When Paul Bocuse allowed his name to be appended to the market in 2006, the stakes skyrocketed. Les Halles was already renowned but the gauntlet had been thrown down, nudging restaurateurs and producers to even greater heights. They now heaved under twin challenges: living up to Bocuse’s name as well as to Lyon’s gastronomic reputation, the latter compounded by UNESCO’s decision to add French gastronomy to the Intangible World Heritage List.

That gastronomy, while based on cuisine and conviviality, is not only the result of dexterity and flair. While most things at Les Halles may be cooked to perfection, Lyon also happens to sit amongst of some of the best culinary raw materials France has to offer – Alpine cheeses and freshwater fish, frogs’ legs from the Dombes, charolais beef, chestnuts from the Ardèche, chickens from the Bresse and Beaujolais wines.

SHALL WE KEEP IT A SECRET?

The huge organized tour groups haven’t discovered Les Halles – yet – but they cannot be far away. Food tours are becoming popular in the city and the sight of bobbing coloured umbrellas fighting their way through packed alleys is only a matter of time. But you don’t need a tour.

This is an adventure you can handle on your own. Just come early, bring your hunger and your cash, and arm yourself with a bit of French or be prepared to point. 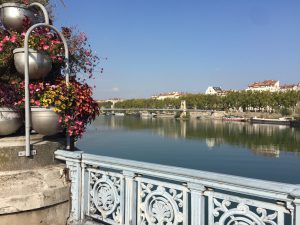 IS LYON ONLY ABOUT FOOD? ABSOLUTELY NOT.

To begin to know Lyon you must stand at the confluence of the rivers Rhône and Saône, amble along the twisted streets of the Vieux Lyon, climb Fourvière hill to discover its silk-weaving past or revisit the history of Rome’s grandeur in the city’s 10,000-seat amphitheater. But eventually, wherever you are in ‘the other Paris’, your stomach will growl and your nose will twitch, leading you down this lane or that street to an open-plan kitchen, some freshly baked bread or the wafting aroma of garlic.

No matter how many times you visit Lyon, you will eat yourself silly, whatever your best intentions. And if you happen to be taking the train back to Geneva, you’ll surreptitiously try to get to the station an hour early to drop by Les Halles for a box of macarons or a little tray of hors d’oeuvres to take home, willpower be damned.

Leyla Alyanak is a Contributing Editor of Global Geneva and writes about travel at: Women on the Road: www.women-on-the-road.com