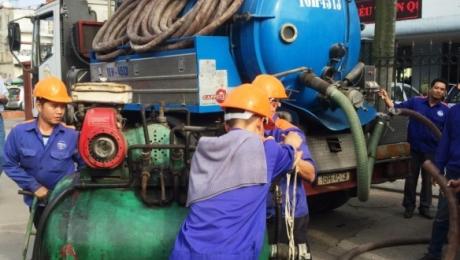 The goddess Fortuna was often depicted on the walls of Roman lavatories. Probably because she brought luck. But many business heads have realized that fortunes are to be made from catering to our hygiene demands — not least Thomas Crapper who held a patent for the floating ballcock but was mainly a marketing genius who put his name on toilet bowls and plumbing manufactured by other people.

It’s the S-bend that makes the difference. Invented by Alexander Cummings in 1775, it stops the flies getting into the compost and keeps out the smells. A century later, in 1880, Crapper turned it into a U-bend that would not jam. So he deserves some gratitude for that. But for 240 years we’ve seen little improvement except in the cosmetic aspect of our lavatories. 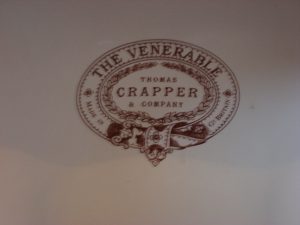 Dr Ron Cutler, Deputy Director of Biomedical Science at Queen Mary University, London, has found traces of the drug- and antibiotic-resistant staph bacteria MRSA in a UK toilet (flushing handles, door knobs and paper dispensers are notable places to find fecal flora). And it’s common from the United States to India as well as other parts of Europe.

The smell is not the essential problem. The Founder of the World Toilet Organization, Singapore business owner and philanthropist Jack Sim, notes: “About two billion people still do not have access to a proper toilet. Open defecation pollutes the rivers, drinking water, the lakes and spreads diseases.” The organization’s website, further declares: “1000 children died per day from diarrhoeal diseases due to poor sanitation in 2013.” Sim adds that this is “more than measles, HIV and malaria added up together.”

The Singapore WTO, not the Geneva one, says: “Loss of productivity due to illnesses caused by lack of sanitation and poor hygiene practices is estimated to cost many countries up to 5 per cent of GDP.” At the same time, “every $1 spent on water and sanitation generates a $4.3 return in the form of reduced health care costs.”

Bill Gates knows this. (See Global Geneva article on the Firmenich/Bill and Melinda Gates Foundation Partnership) His foundation launched a ReInvent the Toilet Challenge in 2011. In 2014, it shared in providing $2m to six Indian organizations working on new ways to develop hygienic means of treating human faeces without contaminating water. Its most gee-whizz idea is to use the waste to create energy within the device itself that will give us everything we want from a clean toilet.

But is that just promoting first-world solutions to a third-world problem? One that risks putting poor countries into a dependency on rich institutions, even charitable ones, whose solutions evaporate once the foreign funding stops.

We’ve seen this at work before. The “green revolution” in rice-growing averted famine in India during the 1970s, but relied on improved crop varieties, expensive pesticides and chemical fertilizers. This meant only richer farmers — those already in the cash economy — could benefit, skewing social discrepancies between the well-off and poor even sharper.

Moving forward to today, feminist critics of the “Green Economy” movement complain that it ignores unpaid “care” activities that don’t get incorporated into economics. Others argue that the “monetization” of nature rides roughshod over the lives and rights of indigenous peoples. Lili Fuhr and her Böll Foundation co-authors of Inside the Green Economy (2017, Green Books) point out that a surcharge on motor fuel to incorporate its full environmental cost would be minimal for owners of SUVs but hit poor families hard.

Another major criticism of First World-Third World aid formulas is that they ignore solutions that countries themselves have developed. And that goes for toilets, too.

Bangladesh already has its own innovative system costing $25 in toto. The low-tech manufacturers sold five million of them in four years. Film-maker Nick Watts featured the Bangladeshi system in a 2012 UK TV programme for Channel 4, finally available on You Tube four years later (Toilets: An Unspoken History). Its main additional part — a cup-shaped water trap for the bottom of a standard funnel — costs less than 15 cents. The rest is structure to produce compost for the garden.

And there’s even a toilet-deodorizing spray, Poo~Pourri in the United States, and its producer is supporting the World Toilet Organization with $50,000 donated in 2016 for a China project for rural schools of Henan Province. In its announcement on 8 March 2017 WTO makes the point that poor hygienic conditions can keep young women out of school, though it can’t resist the slogan “Let’s give a crap” (just as I couldn’t refrain from my own lavatory joke — such skittishness is apparently a result of modern embarrassment about our natural functions).

For both WTO and the Bangladeshis, technology — no matter how simple — is not enough. Awareness-building plays a key part in changing centuries-old tradition. In Bangladesh it’s as simple — or complicated — as organizing sanitation committees to map where people in a village defecate. In the TV programme British reporter Ifor ap Glyn says that once the villagers recognize they are basically ingesting each other’s excrement, “toilets spring up very quickly”.

And after seeing Bill and Melinda Gates in Bangladesh and reporting on the Gates Foundation’s high-tech efforts, Glyn went back to his home in North Wales and loudly praises a no-smell, waterless toilet system at Felin Uchaf. This uses handfuls of sawdust to soak up any moisture in faeces or urine and pack it into a concrete box below the lavatory for composting. The same system works at visitors’ facilities in the Lucayan National Park in Grand Bahama, producing valuable stimulation for a nutrient-poor environment.

But for the main problem of disease from faeces contamination, Dr Cutler of Queen Mary advises: “Whatever you use to wipe your bottom, you absolutely have to wash your hands afterwards.” As for whether washing, paper or wipes are best, he says: “Moist wipes work very effectively, but environmentally they are not very good, because they are not as easy to get rid of. A moist wipe has a stronger tensile strength than ordinary toilet paper.”

In the sitting vs squatting debate, he comments: “Squatting is potentially more hygienic but sitting toilets cut down on the smell.”

The Geneva world is also doing its bit. For World Water Day 2016 the International Labour Office produced a self-training and action toolbook WASH@work (WASH = Water, sanitation and hygiene). ILO presented it for World Toilet Day, 19 November, officially designated as such by the UN General Assembly in 2013. The 2030 Sustainable Development Goals, launched in 2015, include a target to ensure everyone everywhere has access to toilets by that date.

Meanwhile, WTO points out: “The 2015 goal to halve the proportion of people living without sanitation is running 150 years behind schedule. 1 billion […] still practice open defecation.”

Travesty of Justice in Nepal