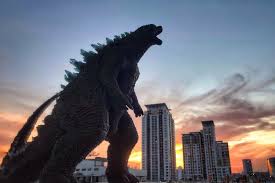 Shane Carruth (born 1 January 1972) has positioned himself as a film director who, through science fiction stories, tries to find new ways of presenting narrative and questioning our standard involvement with movie images. Through its story Upstream Color (See video), a surprise hit at the 2013 Sundance Film Festival, indicated plainly how human interaction with cultivated wildlife can lead to disastrous unintended consequences and how these can be used for criminal purposes.

A reminder: we make our content free worldwide. If you like what we do, please support us.

However good his films, Carruth draws a lot of flak from old-style viewers and reviewers (of all ages). But his way may be the direction that almost all films are going, when freed from the burdens of earning back millions in prior investment.

Not particularly favourable reviews from some critics…

Philip French opined: “Upstream Colour has the makings of a cult movie, though it’s not a cult I feel inclined to join.” His analysis: “The minimal dialogue is gnomic, often inaudible; the settings suddenly change without any apparent consistency of purpose…”

Now you know the worst that critics can say about it, you can consider its originality.

Audience empathy or identification with characters onscreen is one of the longest-lasting presumptions of film criticism. But what if you have no idea what is going on in a character’s mind, or any one onscreen?

…but perhaps far closer to reality.

What you have, in a sense, is real life, where all motives and many actions are inscrutable. Except that it excludes your consciousness. The plainest stories can become mysterious. The simplest acts haunt our minds with their weirdness. Your consciousness is busy with attempts to make sense of it.

And that is the fascination of Upstream Color, which Carruth produced with a budget estimated at only 50,000 USD. For his money, he was able to control virtually every aspect of the film as, it seems, he did with Primer, his first film, released some nine years before.

Anxious to manage the context in which the film is received, Carruth even handles the marketing and distribution, and sells copies of the film and music on the movie’s website.

Nevertheless, it doesn’t look at all like a deliberately low-budget movie.

On the other hand, it is hard to convey how original and disturbing the film is without destroying the experience of watching an opaque narrative and trying to piece it together on your own.

As a result, more than with most good films — where the staging and filming are usually enough to keep you watching even when you know the story — it is best to see Upstream Color before reading this meditation on its qualities and achievements.

Most reviewers didn’t even record, and neither does wikipedia, that the last quarter of the film — which explains the puzzle of what we have seen earlier — has almost no dialogue. The rest doesn’t have much talk either.

Nevertheless, what takes place onscreen is as clear as Carruth could make it, and there’s no sense of a narrative failure. It’s as near a guarantee as you could get that the conundrums have a logical explanation.

The upstream color, as is evident from the first scenes, is blue, produced in plants by tiny grubs. We see two teenage boys drink a potion together (we later learn it comes from the worms) and then every movement one makes, the other carries out, too, even with their eyes closed.

A man appears at the very start of the film (Thiago Martins), disposing of a significant bag of chained-paper rings. He observes the boys from outside the door as one prepares the potion. Perhaps the teenager preparing the drink is the man’s son. He does not hesitate to approach the man as he returns to his car. Once they have tried the potion again, the boys prove unbeatable at predicting each other’s karate moves.

We then see Martins pushing the grub drug but for the sake of the story, I won’t say why.

If you look at the screen and recognize what’s happening, as distinct from expecting the author to tell you what is going on, the story is straightforward, though strange and haunting in its sci-fi embodiment. For example, is Kris (Amy Seimetz), the name of the main female character, a reference to Solaris, Andrei Tarkovsky’s tale of shared consciousness? Maybe not. But Carruth asks you to follow his story as closely as the Russian film-maker, and there’s a scene with traffic noises at almost the same place in the film and story as in Solaris.

O.K. But what’s the deal with Thoreau’s Walden that features in the movie? That I have no immediate answer for, and Carruth’s not telling. He has said (perhaps a joke) that it’s the sort of book you might force people to copy as a menial job simply to kill time, and we see one character doing this. (Don’t worry, there is a rational explanation).

Carruth is smart enough to make the film’s event experiences which many people may have had: feeling at one with another, copying other’s gestures, guessing each other’s thoughts.

He told io9: “I don’t believe that narrative works when it’s trying to teach a lesson, or speak a factual truth. What it’s good for is, an exploration of something that’s commonplace and universal — maybe that’s where the truth comes from. If you can thoroughly explore some nuance and what’s universal about something, then that to me is what narrative is for.”

“We are also used to narratives coming to an end in some way and having some resolution and conclusion, and exploration isn’t always going to have that, and maybe it never does. These endings are sometimes artificial. And so the best that I can hope for is an ending that doesn’t preach or teach, but maybe subverts in a way that echoes or provides a coda to the exploration.”

He also told Charlie Jane Alders he designed the sci-fi story to be about a completely impersonal organism that was not being managed: “You know, another story might say, ‘Oh, there’s a pharmaceutical drug on the market, that’s wiping people’s memories,’ or maybe it’s religious, and there are angels screwing with people, or whatever else. What I needed was something that felt like it met a certain criteria in my head, and what that meant to me was, I wanted it embedded in nature. I want it to feel like it’s permanent, and that it’s been here as long as we have, and that it is just outside our normal experience, but nothing strange or alien, as far as an alien presence or whatever. It [also] needed to be cyclical, and it needed to continue on its own volition — nothing conspiratorial, not somebody managing the process, but something that would just keep going.”

Upstream Color challenges viewers to consider whether what they see onscreen is actually taking place (and often probably not) at the same time as the mechanism needs to be puzzled out. Carruth’s movie also expects you to provide an answer to equally serious questions about human personality as you make sense of the story.

The destructive use of the grubs comes from a human use of natural processes, not from extra-terrestrials, even if the decorative, aesthetic use arises from our race as well.  But somehow, as numerous recent health panics evidence, we expect even bacteria to be malevolent.

Few film-makers will give us really impersonal villains. Even their impersonality gets cast as indifference, as if they have recognized us as important but have decided to ignore this. We are not even a blip on the screen of consciousness for the grubs in Upstream Color. This might have something to do with Carruth’s scientific background as a software engineeer.

Carruth has said he wants audiences to recognize how our behaviours can be controlled by forces beyond ourselves and follow his characters’ attempts to make sense of what is happening to them. It’s a theme that contemporary authors such as Harold Pinter and Samuel Beckett to have treated in a more aggressive or humorous form. What Carruth brings to the idea is a link to our everyday behaviours and admonitory tone that prevents us from discussing it as a necessary part of ‘the human condition’.

Some critics have written of similarities between Carruth’s and Terence Malick’s or David Lynch’s films, but I don’t think these comparisons are helpful. Malick may be a fellow Texan but Carruth has none of his mysticism, or of one of Lynch’s attempts to put dream states on film. The narrative of Color is quite straightforward. Its events can be explicated in a way that Mulholland Drive could never be, and Carruth’s interviews underline how different his naturalistic goals are from Lynch’s punk surrealism.

After its surprise success at the 2013 Sundance Film Festival, Upstream Color earned back over half its costs in the first weekend of its cinema distribution, even though Carruth refused conventional marketing. So far it has made over ten times as much as its cost.

Not many blockbusters do that.

In October 2019 Carruth announced that he is quitting film-making. “I’m gonna get out of film after this,” he declared. “I’ve got another half of my life to live and I want to think about charities and finding a way to help people, not doing this bullshit, caring about box office, distribution and all this.”

You can find my full analysis with all the spoilers at pomopress.com.

To restore the strangeness of Upstream Color: