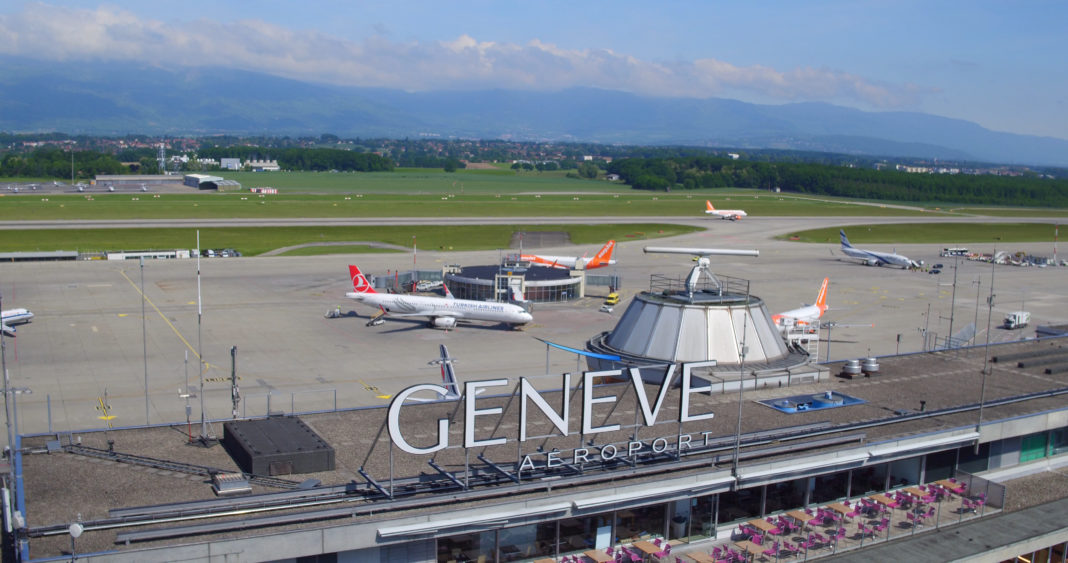 KEEPING TRAFFIC MOVING IS A CRITICAL CHALLENGE both for Geneva and its airport. But for André Schneider, who has been running Geneva airport as its CEO since 2016, these are no mysteries. He knows he faces formidable issues, ranging from traffic congestion to lack of runway space that face this former grass field ‘aerodrome’.

Seeking to attract 25 million passengers by 2030 (Zurich has clocked up 27 million and is aiming for 50 million at the end of the same period), these are problems that will require a combination of greater efficiency, infrastructure investment and, above all, imagination.

One of the 20 oldest airports in the world, GVA was founded in 1920, when the City of Calvin barely had a population of 120,000, some one-third of today’s. Geneva airport is conveniently situated on the edge of town with nearby residential areas, hotels and offices, but with quick access to the centre. It is less than 10 minutes bus ride to the United Nations, seven minutes by train to Cornavin, Geneva’s main railway station, and almost walking distance to the French frontier town of Ferney-Voltaire (don’t worry, you can take a bus).

CERN, the international centre of particle physics research, 4.5 km from the airport, has its own shuttle buses, while many travellers even bike to the airport. It means you can whisk off to London or Brussels and back for the day, and then pedal home in the evening. “This is one of the advantages of being so near the centre of town,” explains Schneider. “But this also means that for an increasing number of people living near an airport, it is an industrial platform that creates noise.”

AIRPORT EXPANSION: THE NEED TO FIND AN ACCEPTABLE EQUILIBRIUM

Ensuring the smooth-functioning of the airport is an essential component of local and federal efforts to develop “International Geneva” into a global hub for key interests ranging from humanitarian aid and sustainable development goals to world trade, climate change and scientific innovation. But as Schneider points out, it is hardly an easy task, particularly if you are seeking to find an acceptable equilibrium between performance and respect for the environment.

Last year alone, the airport welcomed over 4,700 heads of state, ministers and other high-profile personalities. Many come for international conferences or discreet meetings, business, pleasure ‒ or health reasons, given Lake Geneva region’s high number of specialized clinics and medical centres. According to sources, even dignitaries such as Vladimir Putin of Russia or the King of Saudi Arabia, quietly fly into Geneva before heading off to their Swiss lakeside villas or Alpine chalets. At one point, royal Saudi visits to Geneva accounted for well over two per cent of the city’s tourism income in the form of hotel nights, car rentals, night clubs and restaurants. As we have come to expect from Switzerland, however, Geneva airport remains tactful about its visitors.

For Geneva’s Chamber of Commerce and Industry, over two-thirds of companies, many of them international, such as Caterpillar, DuPont and Procter & Gamble, consider Geneva Airport as crucial to their economic and social development. The same goes for many International Geneva employees, Genevans themselves and numerous other regional inhabitants, such as those living on the French side of the border. Many use the airport to reach over 100 destinations around the world from Beijing and Montreal to Reykjavik, Bristol and Doha.

So how is Geneva airport seeking to overcome its traffic problems? “We work in close collaboration with the Canton (of Geneva), the Swiss Confederation and Swiss Rail, because we are fortunate enough to have a main railway station right here at the airport,” explains Schneider. To a point, it also collaborates with local communes on the French side, but as several sources point out, France’s Rhone-Alpes region needs to become far more engaged, as does Paris.

Another issue is rush-hour congestion along the main highway running parallel to the airport with access to Lausanne and the rest of Switzerland, or France and the southern side of Geneva. Given the immediate proximity of the Palexpo halls, Geneva’s main trade fair facility, there are often major traffic jams, particularly during events such as the Geneva Motor Show. “We support the canton as much as possible in trying to resolve these problems. We also encourage our employees to use public transport. If we are to continue expanding, we cannot have more and more vehicles accessing our platform.”

Geneva Airport itself financially supports the public transport option. “We offer a free Geneva Public Transport (TPG) ticket to all arriving passengers and we organize night buses. Because even if the airport suspends all flights from midnight to six in the morning, it remains active 24 hours a day. Many of our employees have to come to work at times when there is no public transport. Our night buses are geared to their needs and we also intend make these available to passengers,” Schneider observes.

But even if Geneva Airport helps subsidize costs, it is imperative that both the Canton and the Swiss government in Berne do their part. “As part of our industrial platform, we represent 15 per cent of traffic, so we contribute toward mobility access in the surrounding areas. Whenever we become aware of development projects in the region, we are concerned. It is essential that we find an acceptable equilibrium with regard to public transport mobility as well as road access. We are committed to the Aeronautical Infrastructure Sectoral Plan (PSIA) which aims to increase from 47 per cent to 58 per cent the number of passengers arriving on public transport,” Schneider says.

One question, however, is whether Geneva Airport can really take on 25 million passengers by 2030 as planned. “This is actually part of a government projection in Berne,” Schneider points out. “The PSIA indicates that we should be able to satisfy our concession, by ensuring requirements with 200 million aircraft movements, he adds. “With an increase of three per cent per year, we should be able to accommodate the needs of the region, which include both international Geneva and local requirements.”

Schneider shares the concerns of certain city councillors in the neighbouring communes. Discussions only with the city government are not enough, he maintains. It is urgent to act with forward planning over the next 20 years or more. “Geneva profits from an extremely positive economic climate, but local infrastructure needs to adapt to such development and to take into account the nature of construction required. Our terminal A is now 50 years old, and we are now considering a new one. Growth is beneficial to a good quality of life, but such new infrastructure takes time ‒ for example, the need to build a direct tram line or the expanding of the autoroute.”

AN INTERNATIONAL AIRPORT WITH DIFFERENT SITES IN FRANCE AND SWITZERLAND?

Given that Geneva Airport is unlikely to be able to accommodate a second runway, does Schneider envisage a more direct collaboration with Lyon’s St Exupèry airport (1 hr 34 min by road) and even Milan? “A collaboration with these airports already exists. To imagine having an airport located on several different sites could be a good idea, but we would have to significantly improve the public transport links between them. We could envisage a sharing of such links, such as the creation of a high speed train (TGV), but for the moment this is not happening.”

On a joint basis, both Geneva and Zurich airports currently offer connections to half the economic centres of Europe, including same-day return flights. “This enables us to develop economic models that we could not have imagined otherwise. The quality is there, but the problem is the air space available. How do we ensure that the nuisance pollution (noise) does not become unacceptable?

As airport directors, we can make proposals, but in the end it is politicians who decide. As far as Europe is concerned, we are already well-situated. But we now have to develop our intercontinental access,” says Schneider. Recalling the historic role of Geneva’s airport, Schneider adds: “We have grown together with International Geneva. Its organizations would never have come here without the airport, given that we are the entry and departure point for this hub. But need to continue investing if we are to succeed.”

Luisa Ballin is a Geneva-based Swiss journalist, She contributes on a regular basis to Global Geneva.