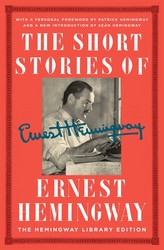 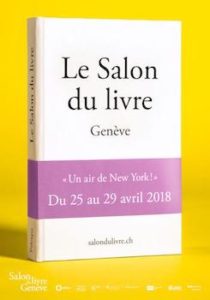 The following article features as part of the New York theme at the Geneva Book Fair.

The war was over and the French franc cheap: twenty-five to the US dollar in the mid-twenties. Ernest Hemingway first breezed into Switzerland from Paris, in 1922, to cover the International Peace Conference in Lausanne for the Toronto Star. A cub reporter, the same age as the century. His wife Hadley departed the Gare de Lyon to join him but her suitcase was stolen. It contained “everything I had written,” wrote Hemingway. “She was bringing the manuscripts down to me to Lausanne as a surprise.” Those were the days when aspiring writers kept only one copy and a carbon. “She had put in the originals, the typescripts and the carbons, all in manila folders.”

Despite the theft, they spent an idyllic four months in the hinterland above Montreux. Forty years later Hemingway remembered it in A Moveable Feast: “Below Les Avants there was a chalet where the pension was wonderful and where we would be together and have our books … I remember the Rhône, narrow and grey and full of snow-water and the two trout streams on either side, the Stockalper and the Rhone canal.” Already a keen fisherman, Hemingway soon became a proficient skier. Over the next twenty years, he skied in the Vorarlberg, straddling Austria and Switzerland.

But the marriage didn’t last. By 1927 Hemingway was back in Switzerland with his second wife, Vogue correspondent Pauline Pfeiffer. She was a Right Bank heiress but it would be a mistake to caricature her as another rich American slumming in the jazz bars of Montmartre. She shared her husband’s journalistic savvy (three of his wives were journalists) and rubbed shoulders with Chanel and Lanvin.

In Gstaad they stayed in the Posthotel Rössli. By now he was working on A Farewell to Arms. His characters, a nurse and recovering war-wounded soldier, nip across the Italian border into neutral Switzerland, a neat, romantic escape for these martini refugees. The nurse gets pregnant and it ends badly in a “false spring”, with a stillbirth in the hospital in Lausanne. He liked to see the shores of Lake Geneva as an escape from the First World War in which he had been an ambulance driver on the Italian front.

Hemingway’s short story “Homage to Switzerland” is set in a station café in Territet (Montreux). A quiet story, untypical of him, understated like the Swiss themselves. There are “baskets of pretzels in glazed paper sacks” and the waitress speaks “German and French and the dialects.” Three different American men try to engage her and the local railway workers in bragging banter. One character offers her a large sum of money to spend the night with him. But like Switzerland, she’s not for sale. “Homage to Switzerland” is a little gem of on the clash of cultures. The dollar is riding high, the American century full-steam ahead, and Hemingway’s travellers have no foreign language to speak of, are careless of culture, and are passing through. The older democracy holds steady against such people.

“Switzerland is a country where very few things begin, but many things end,” wrote F Scott Fitzgerald. With Zelda in tow, he was more of a party animal than Hemingway. Publication in The Saturday Evening Post kept Fitzgerald in funds – by 1929 he could command $4,000 a story. He changed the endings to make them more saleable. “He said it was whoring,” Hemingway tells us, “but he had to do it as he made his money from the magazines to have money ahead to write decent books.”

Fitzgerald’s Switzerland is part-luxury hotel, part-clinic. His rich, careless people bray through Europe in leisure-class. Despite years in France, Fitzgerald had horrendous French and an “atrocious” accent, according to his daughter. “Je suis un stranger here,” was one of his more accomplished phrases. “Très bien, you son of a bitch!”  was another, reserved for taxi drivers. He couldn’t spell either, Hemingway admits mischievously: “I knew him for two years before he could spell my name; but then it was a long name to spell…”

Gstaad, like the Côte d’Azur, was a gathering spot for Americans abroad. The Fitzgeralds stayed at the Palace Hotel with the beautiful people. Then as now, Gstaad and environs was where the wealthy parked their children in international schools and their money in banks. They indulged in the new sport of skiing. At a tea dance “four-score young Americans, domiciled in schools near Gstaad, bounced about to the frolic of ‘Don’t Bring Lulu,’ or exploded violently with the first percussions of the Charleston. It was a colony of the young, simple, and expensive…”

By the time the 1929 crash came, Zelda was in Switzerland for re-hab and Scott was leading a rootless existence in lakeside hotels. More than the economy was coming apart. She had always been high-maintenance. Scott booked her into the Valmont clinic (Rainer Maria Rilke and the Belgian royal family had been patients). Later she was transferred to Les Rives de Prangins outside Nyons overlooking Lake Geneva, to the tune of a thousand dollars a month. For Scott it would mean more stories with trick endings. 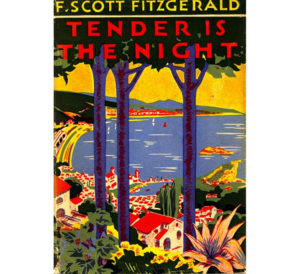 Tender is the Night, published in 1934, describes the arc of their slippery slope. Doctor Diver is a psychiatrist at “a rich person’s clinic” who thinks he’s on the way up but he’s really on the way down. He marries money but has been bought to look after his unstable wife: “swallowed up like a gigolo”. By the end of the novel, Diver is ensconced in the Hôtel des Trois Mondes in Lausanne with a louche collection of inter-war racketeers and the detritus of the Roaring Twenties: “throughout the hotel there were many chambers wherein rich ruins, fugitives from justice, claimants to the thrones of mediatised principalities, lived on the derivatives of opium or barbital … This corner of Europe does not so much draw people as accept them without inconvenient questions.”

Fitzgerald is onto something here. Switzerland for American writers between the wars was a funfair and a slippery slope in equal measure. 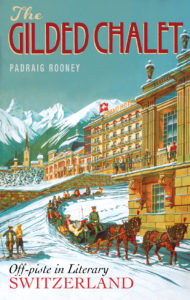 Padraig Rooney is an Irish author whose most recent book is The Gilded Chalet – Off-piste in literary Switzerland. Rooney also teaches at the International School of Basel.