Given her three major exhibitions (Geneva in 2013, Hanoi in 2017 and Geneva again late last year), Thuy Bui Howarth already has a firm reputation for her finely-honed lacquer art. Together with her older sister, Hong Bui–Rydell, a self-trained potter who also grew up in Vietnam, she made this point at her latest event in Geneva’s Old Town.

“One of the quirks of drying lacquer art paintings is that it does so much better in the humidity of Hanoi than in Geneva, which is relatively dry. So sometimes I go back to Hanoi to work on my art,” explains Thuy. “In Geneva, the conditions are not always good, as it is too dry and too cold, whereas for lacquer painting we need humidity, plus a temperature of  around 28 deg. C. And in Vietnam, it is perfect.” 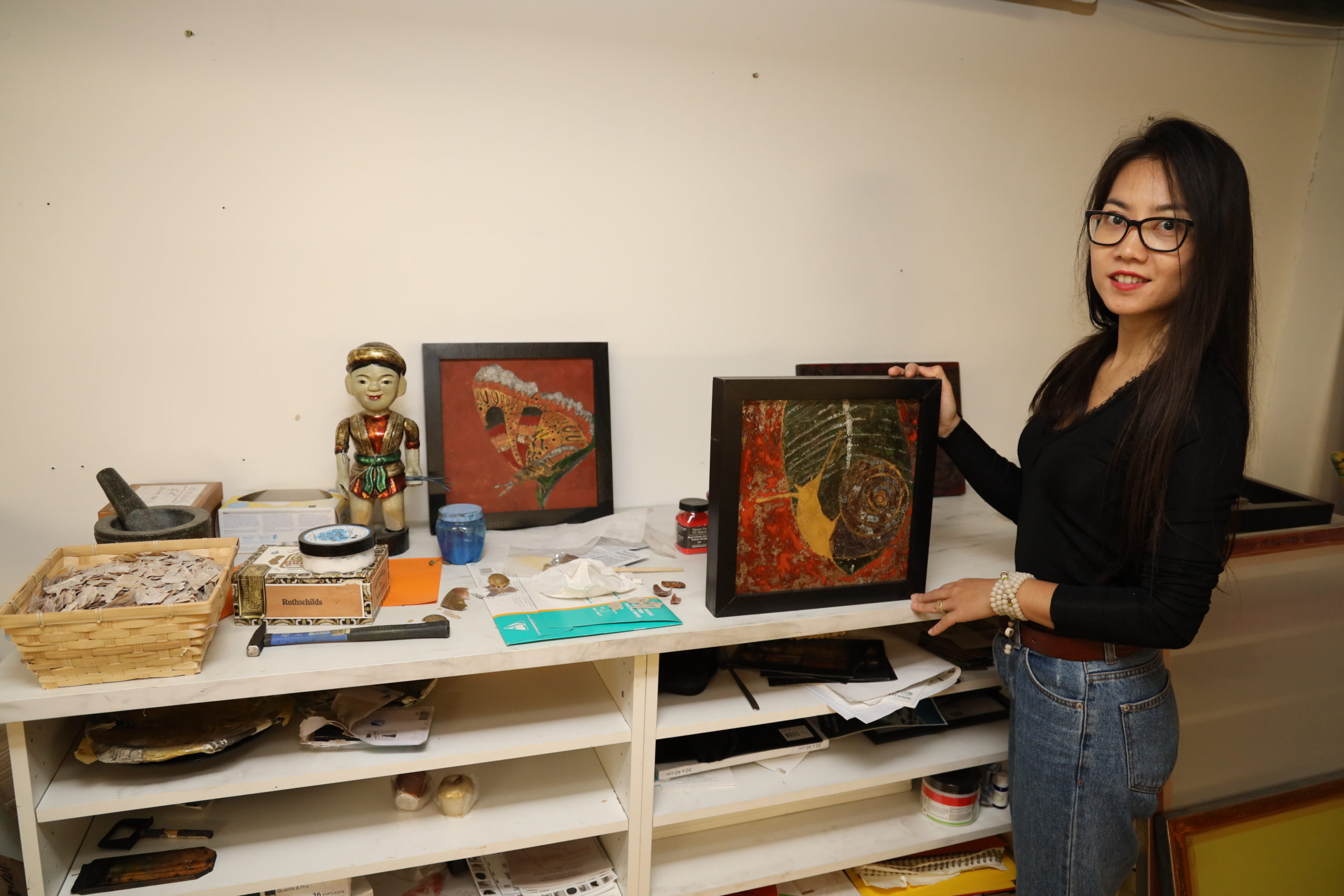 Thuy Bui Howarth with some of her works in her Geneva studio. (Photo: Peter Kenny)

Painting with lacquer is a long and complex process drawing on both skill and patience. The Genevan artist notes that if you want to make a lacquer painting, you need to make many layers. Each layer can only be completed after the other is dry. “Unfortunately, the ideal condition for the lacquer is in Asia.”

Music and nature have a strong influence on her paintings. They elicit fun and colour through the use of varied materials, such as eggshell, mother of pearl, silver and gold leaves. These are rubbed with sand paper until their colours and textures burst from the surface, layer by layer.

Like her sister, Hong Bui–Rydell, Thuy has children to care for as well doing her artwork. Still, they believe Geneva is a perfect setting for self-expression. They both share a studio in Bernex, a city suburb whose origins date back to the days of the Celts and Romans. Bernex also has a strong artistic tradition with various ateliers lining what used to be outskirts of this once mainly rural village. 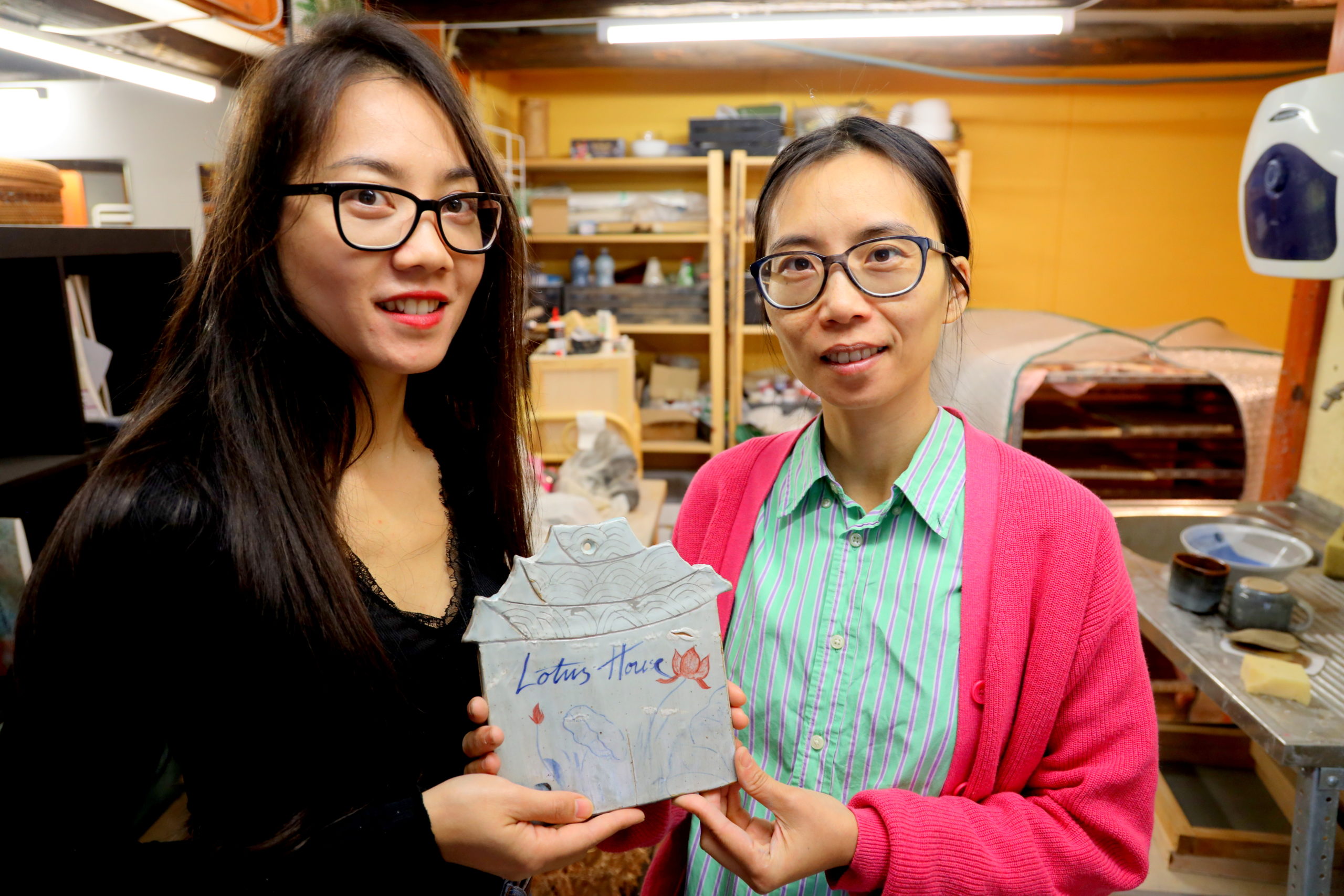 Called the Lotus House, the atelier is a hive of activity fused with the aromas of lacquer and baked clay as the two sisters burrow away at their work. A budding art colony has sprung up on their street, which only a few years ago was mainly countryside. In many ways, too, the Vietnamese sisters represent the new face of international Switzerland. Thuy is married to a British-Swiss man who grew up in Geneva, while Hong’s husband is a Genevan Swede.

Despite her professional background in Hanoi as a business and stock market specialist, Thuy has always loved art. Her father served as radar expert in the Vietnamese army, while her mother was a nurse. Both encouraged their daughters to work on something outside art in their careers.

While Thuy attended Hanoi’s Banking Institute in Hanoi, Hong worked as an office administrator in the Vietnamese capital. Since then, however, both have turned to art eventually ending up in Geneva. After graduating, Thuy worked with a Swiss architectural company in Hanoi, and her connection with Switzerland began. In 2008 she came to Geneva after meeting her husband Jeremy. 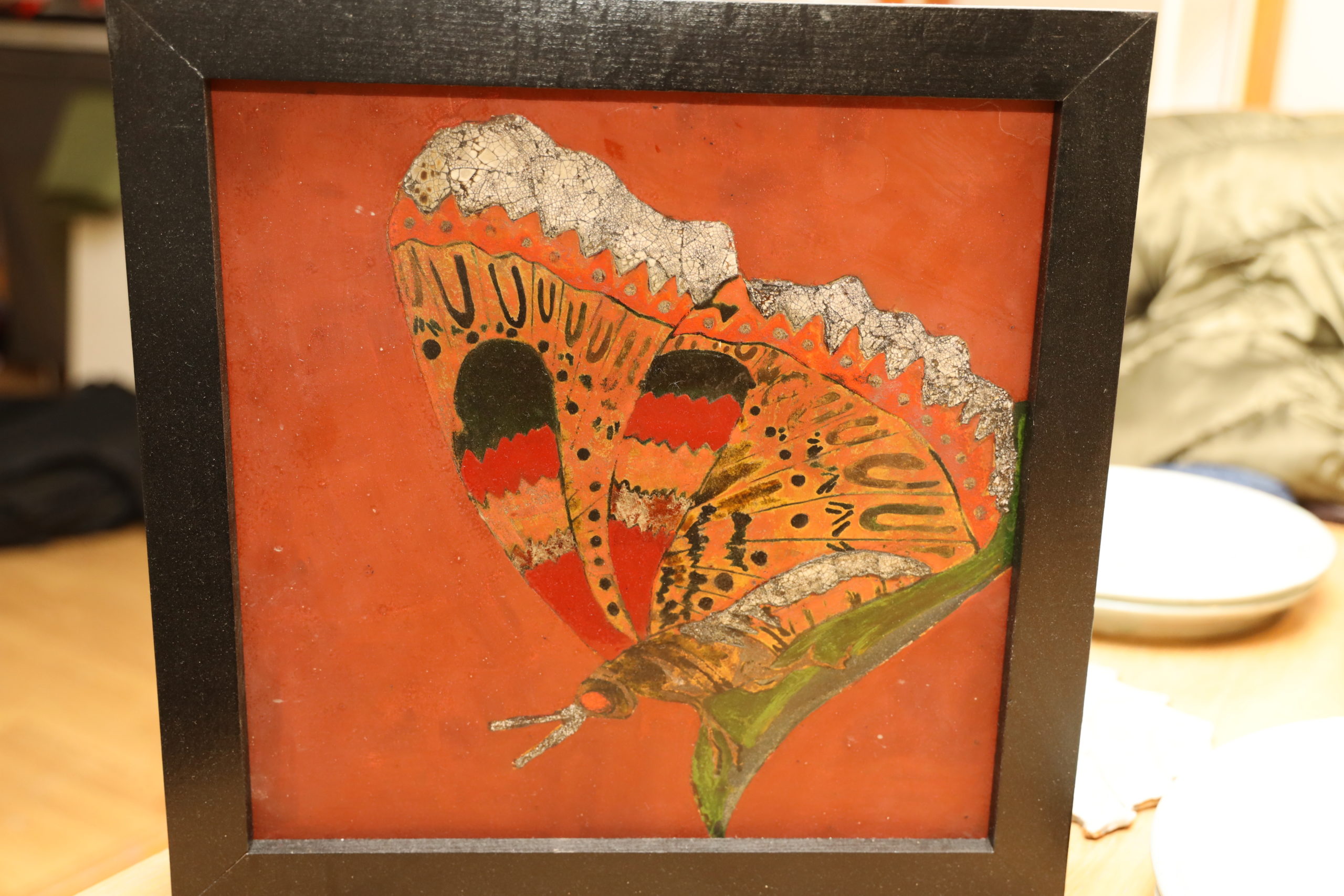 Having studied under various lacquer painting specialists in Vietnam, two of them professors at a specialist fine art school in Hanoi, she decided to embrace this as her new profession. She returns there at least once a year for her work, and to see her family. The next phase of her lacquer artwork will be transfering these skills to international Geneva. “Many people who came to my exhibition asked me to open a class and teach them this art. They become super passionate about it when I explain the techniques.” She maintains that the quality of paintings created in Vietnam is not necessarily better.  “It’s just quicker,” she says.