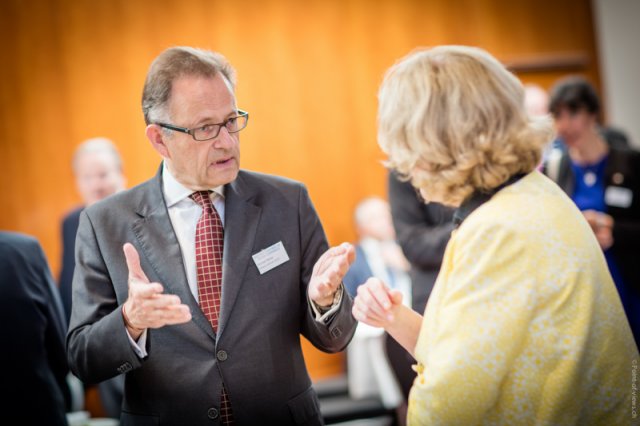 AGIR is primarily a highly effective network for better cooperation, says Xavier Cornut, President of the Geneva-based association. Agir works closely with international stakeholders so that they can see “first hand” the benefits of integrating with international Geneva as part of a united community. “This year alone, we’ve had tremendous feedback from our various partners,” says  Cornut. These partners  include the United Nations, the Department of Transportation of the Canton of Geneva and the Mission of the Netherlands. “Lately, we’ve also been supporting Swiss TV to do a programme about the integration of expatriates in Switzerland,” adds Cornut.

One of Geneva’s main problems is a lack of communications between its two communities, the one Swiss and the other international. In a canton where 40 percent of the population is not Swiss, “this is a real concern,” Cornut explains. Many local and international Genèvois are living in silos, but it is also a town where “geography is fate,” to quote an old proverb. If a company or institution is located near to international organisations such as the World Health Organization (WHO), World Trade Organization (WTO) or the International Telecommunications Union (ITU), it also benefits from access to opportunities in areas such as Corporate Social Responsibility, innovation, science, education and public outreach. “This is something that does not exist in other major European cities,” he says. “International Geneva offers competitive added value.”

“From what I hear on a daily basis,” Cornut says, “there is a lot of curiosity among the various stakeholders about such advantages, but it still doesn’t reflect real co-operation yet.” Today, most of the private sector has no idea what the UN agencies are doing, and vice versa. “It’s like having two blind think-tanks of immense value operating next to each other.” While some groups speak of having worldwide partners, this often does not include the UN agencies next door. At the same time, the UN itself may be more aware of what is being done in New York than what is happening less than 30 minutes away. “A lot still needs to be done to create a truly enduring climate of co-operation.”

Cornut agrees with Geneva mayor Guillaume Barazzone that International Geneva is Switzerland’s greatest trump card. The city punches way above its weight. Yet while both government and tourism officials understand the city’s unique position and benefits, the Swiss do not seem to promote one of its most important assets, notably its easy connections. “It’s far easier to meet key people here than in New York, Paris or Moscow,” he says. For such a small country, which boasts both neutrality and an incredibly stable political system, “this makes opportunities for co-operation and exchange far greater than anywhere else in the world.”

What is lacking, however, is a forum or cycle of conferences that can bring International Geneva’s most influential corporations, institutions and organizations together on a regular basis. This already happens for key players of the local Geneva economy. Cornut concludes, “A well-organized ‘International Geneva Day’ exploring the roles of private-public partnerships could make an enormous difference.”