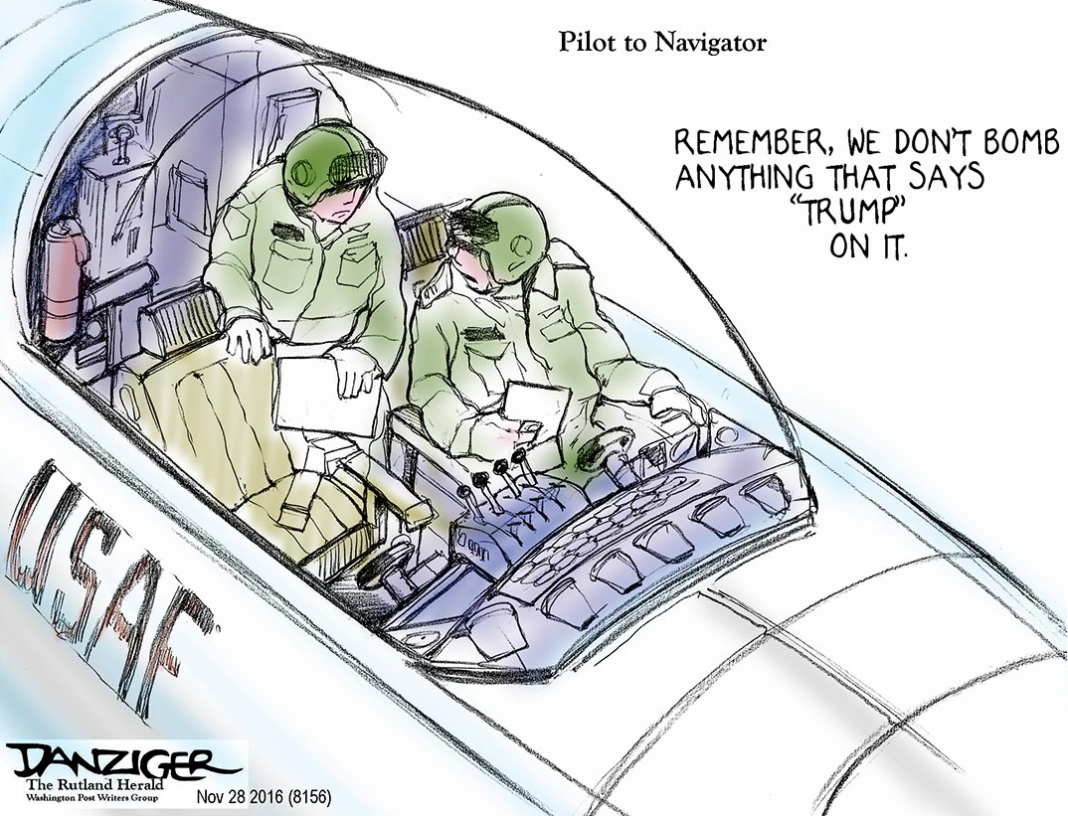 False news and conspiracy theories are so rampant these days that it is hard to know what to believe, yet US intelligence authorities are now clearly convinced that Russia actively attempted to help Trump win the US presidency. The primary vehicle appears to have been the staged release of some 30,000 stolen emails via Wikileaks, which ended up serving as an information laundromat. The actual contents of the emails may have been altered to make them even more politically damaging. They were provided to Wikileaks through a series of cutouts, but intelligence agencies have reason to believe that the campaign had its roots in the Kremlin.

President Barack Obama was clearly reluctant to release the information during the campaign, fearing that it might be dismissed as an administration attempt to influence the election. Pressure from the Senate, and particularly from Lindsay Graham, a Republican senator from South Carolina, has now convinced Obama to demand a report on alleged Russian intervention to be completed before he leaves office on January 20. Obama says he doesn’t expect the report to affect the election outcome.

The prospect of releasing the information has nevertheless put the Republicans in a tough spot. Given the traditional Republican caveat against going soft on Communism, the unexpected help from Moscow is embarrassing to say the least. Mitch McConnell, the senate majority leader, was secretly briefed on the Russian interference early on but dismissed the connection as largely circumstantial. McConnell’s colleagues may not be so forgiving.

The suggestion of foreign intervention recalls the Manchurian candidate, a Richard Condon spy novel, which was turned into a Hollywood blockbuster in 1962 and updated in 2004, with Denzel Washington in the starring role. The story focused on the son of a politically powerful family who is brainwashed into becoming a presidential candidate while he is in fact an unwitting agent for a foreign power. No one has suggested that Trump is actually working for the Russians, but it is obvious that Moscow has a great deal to gain if it can convince Trump to weaken American policy by disrupting commitments to NATO and abruptly overturning long standing relationships.

In the old days, Soviet disinformation was a well-established practice. In today’s computerized modern world, the effects can be much subtler. In the US, it only required a barrage of social media altering a percentage point or two of the vote in critical swing states to shift the electoral college in Trump’s favour. False news stories emanating from a wide variety of sites, including Macedonia, may have contributed even more to the election outcome than the leaked emails. Trump himself was prone to bizarre conspiracy theories, including the absurd notion that President Obama had been born in Kenya and not the United States.

A flood of false news on the Internet has made even that seem mundane. More recently, the son of former General Michael Flynn, whom Trump has chose to be his next National Security Advisor, retweeted a fake story claiming that Hillary Clinton was operating a sex ring putting little children up for sale to pederasts at a pizza restaurant in Washington. The absurdity of the false news story aside, it was still convincing enough to encourage a young man to enter the restaurant with an assault rifle and fire off a shot, claiming he had come to “self-investigate” the information. Even after the bizarre story was openly proven to be wrong, Facebook and Twitter followers continued to send messages on line saying that they remain convinced that it had to be true.

Flynn, himself, was fired from the Defense Intelligence Agency after he showed a propensity to be taken in by bizarre conspiracy theories. According to CNN, he once claimed that Arabic road signs in Texas were designed to help guide potential terrorists to their targets. Trump’s top strategist, Stephen Bannon, previously ran Breitbart, an internet website that has become a favorite platform for extremist white supremacist views. Bannon, who claims to be an economic nationalist, told Michael Wolff at the Hollywood Reporter, that he sees himself as Thomas Cromwell, the Machiavellian chief minister and hatchetman to Henry VIII.

While Trump insists, quite believably, that he has no connection to Russia, his original campaign manager, Paul Manafort, had already worked for Moscow on a contract to help influence elections in the Ukraine. Trump’s likely choice for Secretary of State, is Rex Tillerson, the current CEO, chairman and president of Exxon-Mobile. Tillerson previously headed Exxon’s operations in Russia and the Caspian Sea. In 2011, he signed a contract with Moscow to drill for oil in the Arctic Ocean. The estimated value of the deal was $300 billion. It never materialized because of US sanctions against Russia. Cash considerations aside, Trump himself has openly said that he admires Putin’s authoritarian style, and is sympathetic to some of Russia’s foreign policy positions, especially Syria.

For US intelligence agencies, the dilemma is whether to release information that might weaken the credibility of an incoming administration, or to get the information it already has out in the open before it is too late. One concern, highlighted by Edward Snowden’s revelations, is that the NSA very likely has the capacity to compile damaging blackmail information on most members of Congress. In the wrong hands that information could enable an authoritarian president to bluff his way around conventional Constitutional checks and balances. Another argument for releasing the information promptly is concern that the same tactics may be used to affect future European elections. Republicans in Congress are unlikely to draw attention to information that threatens their own credibility, hence the urgency of releasing the report before the inauguration.

William Dowell is the America’s Editor of Global Geneva based in Philadelphia. Tom’s Paine is his regular column.

What If? A deeper look at America’s vice-presidential debate

Will the integrity of the U.S. supreme court die with Ginsburg?