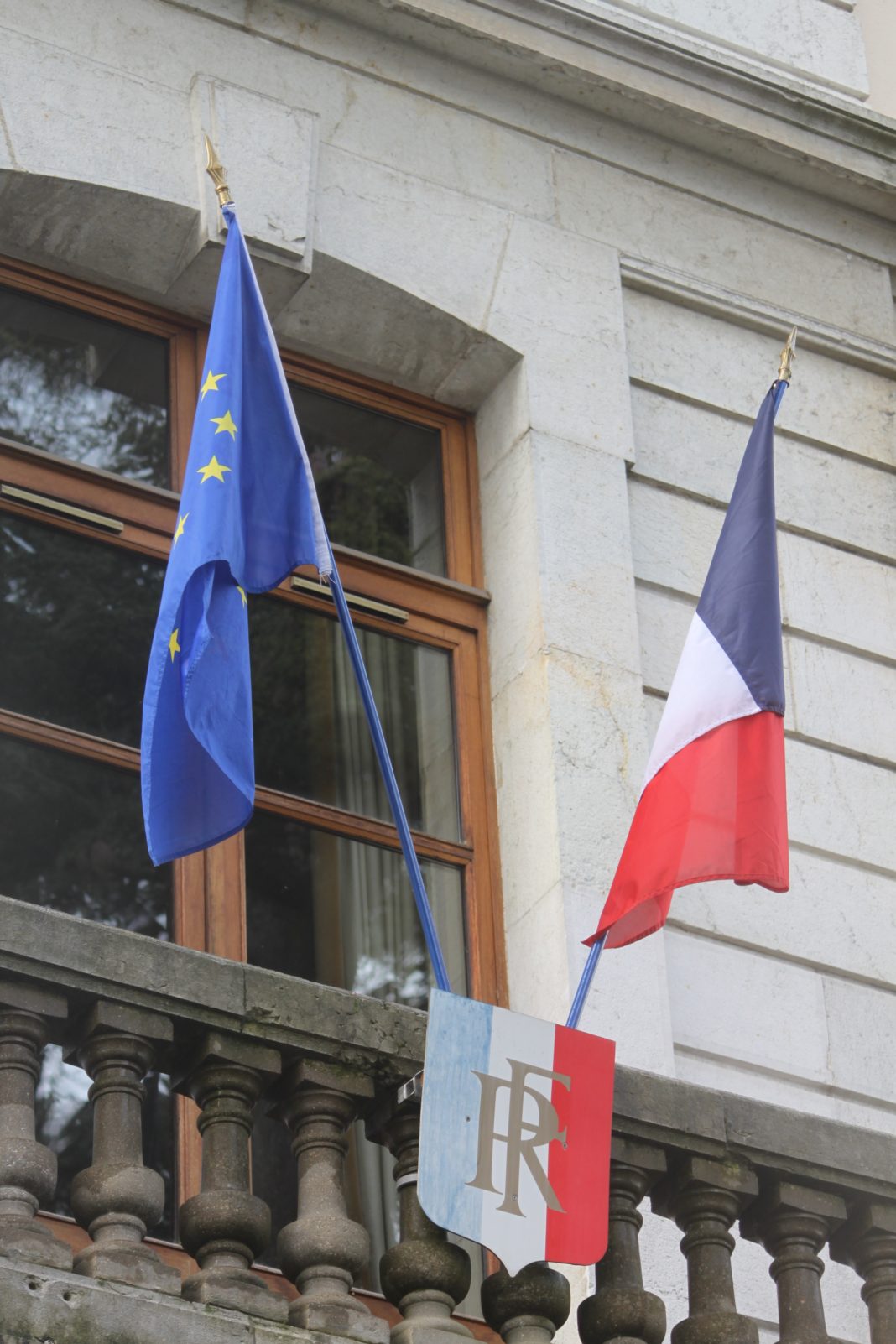 Two years ago, bulldozers knocked down a clutch of 17th, 18th and 19th century building in Cessy, a once attractive French village in the Pays de Gex region near Geneva. The buildings were hardly in great shape but they could have been renovated in a manner respecting the historic look of a place whose origins date back to Roman times. Instead, the property developers imposed a block of nearly 60 new apartments – the catalogue-type that you can now find throughout France – with a two-story underground parking for 100 vehicles. Similar historic buildings dating back to 1622 elsewhere in the village ‘bourg’, or historic centre, were also threatened.

Numerous residents protested. Some questioned the motives of the mayor, who appeared to do little to protect such buildings from the developers. As a journalist, but also a property owner in the village, I wrote about this sad state of affairs, not only with regard to Cessy, but even more extensively about the way certain mayors throughout France were allowing their village patrimoine, or cultural heritage, to be destroyed.

Earlier this month, a French provincial court informed me that I had been condemned to a total of 5,000 euros or more in fines and damages for defaming the mayor of Cessy. My apparent crime was to have highlighted various apparent irregularities in the manner with which the town hall had dealt with urban development. Even worse, I had defined perceived conflict of interest as a “form of corruption” in a Facebook comment.

I thought I was acting as a normal journalist covering public issues from my base at the United Nations Palais des Nations in Geneva.  And I discovered later, the European law firm Taylor Wessing asserted in a 2006 report that people in France are much better off than in the United Kingdom or the United States in defending themselves against defamation charges. “The libel jurisdiction is generally more defendant friendly,” it said. “Defendants who are unable to establish truth can present evidence of good faith, such as belief in the truth of the statement, deadline pressures, desire to inform the public, and the use of the word ‘allegedly’.” Good faith defenses stand if “the statement is based on a serious investigation, the statement concerns a matter of public importance, the tone and balance of the statement is measured and objective, and there is no trace of personal hostility in the statement.”

It hasn’t seemed to work in my case. Not only was the comment taken completely out of context – it was part of a long-running public debate about the destruction of cultural heritage throughout the country – but the court failed to take into account that my definition was based on broadly-accepted European Union, UN, OECD and other international norms. I also found it ironic that French law was seeking to punish an American journalist whose reporting was highlighting the need to protect France’s village patrimoine.

Many French are too intimidated to speak out against local mayors

In fact, France provides amazingly broad legal protection to elected politicians against criticism, whether by journalists or private citizens. Many people are simply too intimidated to speak out, while reporters fear being hauled off to court. Local public officials do not hesitate to snarl warnings the moment criticism gets too close to the bone.

The court’s decision sends several very disconcerting messages, all of which present a challenge to both serious journalism and basic democratic principles.

Why was an accused journalist not permitted to present written evidence?

Second, the court not only seemed to ignore my role as a journalist, but also prevented me from presenting compiled written evidence. Obliged for various reasons to appear without a lawyer, I found my request for postponement rejected. The court further argued that my use of social media was private and had nothing to do with journalism even though the Facebook comment was part of a media page. It archaically ignored my contention that in the 21st century, Facebook, Twitter, email and other forms are all part of a reporter’s box of communication tools. Times have changed, I told the court, and so have the media.

The court also refused to acknowledge that my reporting has always been based on solid legwork, as anyone who has worked with me can attest. In the case of examining the destruction of village patrimoine in France, I conducted well over 300 interviews among local residents, mayors, property developers, lawyers and others, plus conversations with international legal experts at an OECD conference in Paris earlier this year on corruption and integrity.

No proper investigation by the court into irregularities

Third, based on the verdict, it was hard to see how the prosecution could claim to have carried out a proper investigation into the irregularities, if it did. Or into the fact that nearly 800 people had signed a petition against the mayor to protect the historic centre of the village. The court seemed to accept lock, stock and barrel the complaint of the mayor.

And finally, perhaps the most serious, is the message that this decision sends to the world. By allowing a small-town politician to win a defamation case based on a Facebook comment, the French court is telling autocratic regimes, regardless of where, that it’s okay to prosecute and pursue journalists for their criticism in social media as part of day-to-day public debate. This means that anyone commenting on Facebook or Twitter out of London or Marseille could be arrested or thrown into jail while visiting Turkey, Tanzania or Burma for business or on holiday.

This sets a highly dangerous precedent. It also goes completely against internationally respected values and freedom of expression. As Vincent Ploton of Geneva’s International Service for Human Rights (ISHR) noted: “This court’s decision sends a very wrong signal to all those who are working to oppose anarchical and uncontrolled (urban) development, particularly in the Pays de Gex.”

For a journalist who has worked across the globe, I find all this very shocking, particularly for an EU nation. But then, as one French media lawyer pointed out, there is really “nothing very unusual about all this.” That’s the way it is in France. Furthermore, criticism by a foreign journalist is not taken lightly by French public officials and courts.

While it may seem presumptuous for this very local case to have an impact beyond France’s borders, it certainly has one at home. Is the decision telling people: keep your mouths shut and to forget about holding local bigwigs such as property developers – and mayors – to account?

It has already made several Cessy residents afraid to put their names to their private criticisms of the developments. The French press, too, is nervous about being too forthright. Not a great move for democracy. Clochemerle, Gabriel Chevalier’s hilarious saga of local political intrigue and village disputation from 1934, no longer seems funny in the face of modern French authority.

Global Geneva editor Edward Girardet is a journalist and author who has reported on wars, humanitarian response, culture, corruption and other international issues for nearly 40 years. Accredited as a foreign correspondent at the United Nations, he is currently based between Geneva and Bangkok. He is launching a crowdfunding to not only cover legal costs, including a possible appeal, but to form an investigative reporting fund to help mainly French journalists investigate suspected conflicts of interest and lack of transparency in France.