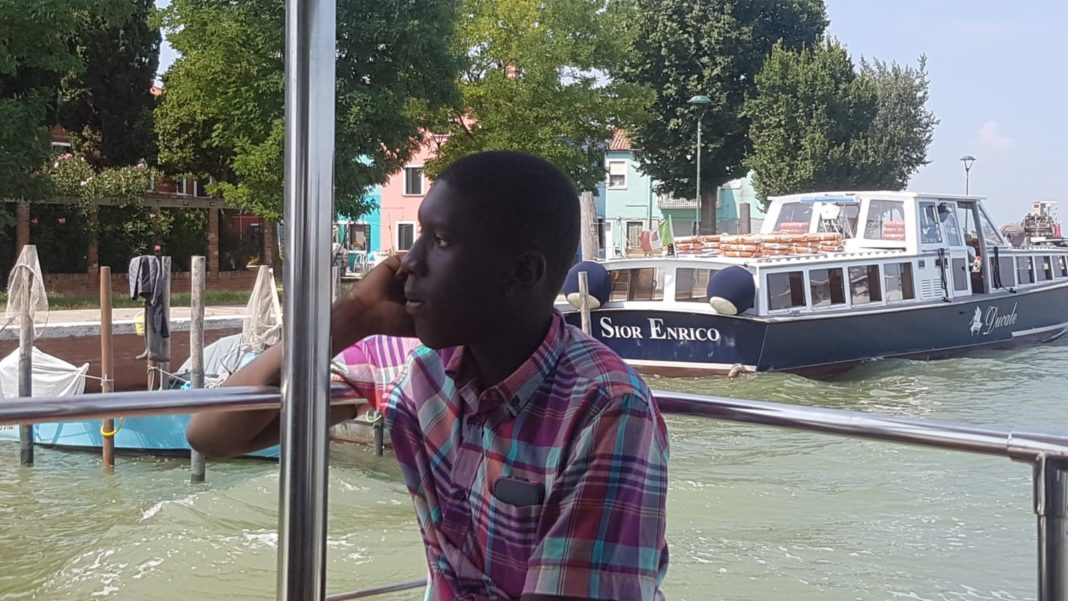 I STARED IMPATIENTLY at the white-tiled ceiling as I lay flat on my back, questioning if this was anywhere near worth missing my one day-off; one that I had planned to spend cushioned on my comfortable, serene sofa, reading the brilliant “Don Quixote” outside my well-warmed fireplace. However, I simply couldn’t forget the bespectacled gaze in my sister’s eyes as she blissfully reminisced over this “International Awareness” session. She described it as a “daunting enlightenment”, one that would ultimately change the way I viewed myself and my origins. It was at that description that I realized exactly where this was headed. As a cisgendered Norwegian male, I was very likely going to be listening to some misinformed “humanitarian rights” activist ramble on about why I should fight for the rights of minorities, despite the extremely evident fact that many of these “minorities” have already achieved the basic rights that I possess.

As I laid on an obscurely shaped sofa in a nearly empty room, a short, young man entered through the door opposite me. He wore an informal collar shirt, and stood in an unsettlingly elated manner, as if he had just won a first-prize ticket to the Alpines. He couldn’t have been any older than 25.

“Yes.” I replied nonchalantly. There’s only one room in this painfully petit building. Who else would I be?

“Excellent.” he said as he pulled out what appeared to be a box of deep blue needles from his side pocket. “I’m going to ask you to close your eyes as I perform a simple acupunture. This method utilises needles carved from authentic kyanite, a gemstone that grants the spiritual gift of wisdom and knowledge. Be prepared for….minor hallucinations, and don’t hesitate to stop me if this is too painful in anyway.”

It’s been quite sometime since I’ve had to restrain myself from rolling my eyes. Gemstones are nothing more than amalgamations of different sediments in the Earth’s crust. In other words: dirt. Even then, it seems rather presumptuous to assume my supposed need of their hypothetical “wisdom and knowledge”.

Regardless, I closed my eyes and tried to distract myself from the sheer idiocy that I’d gotten myself into. As I felt a sharp pain in my arm, I saw a blurry image of a man with skin darker than ebony itself. He was sobbing. I took a deep breath and concentrated on the image for a better view. I instantly regretted it. With a loud, sharp gunshot, the man fell to the ground. It was only then that I realized what appeared to be his loved ones surrounding his slain corpse. Another man, with skin mirroring the white scleras of the fallen dark silhouette, has walked up to his shattered victim, and began to yell excessively at the neighboring individuals, who displayed varying emotions that I could just barely make out; heartbreak, indignation, sin, outrage, remorse, and one that I realized I’m all too familiar with – misery. The image started to fade away, and all I saw was a white message in the far corner of my sight that read “Police Brutality”.

A feeling of deep guilt washes over me, an overwhelming wave. I can feel the prick of tears crawling out of the corner of my eye, though I can’t tell for certain if it is from the blinding brightness of the vision, or its dark context.

Another one appears. A young girl, no older than 16, is screaming fiercely at a tall, dark figure. As I sharpen my vision, the figure focuses and becomes a blond man with a crooked smile on his face. For some reason, this strikes an unwarranted sense of concern in my chest. My vision becomes misty again. It’s then that I notice a bed beside the two figures, with the tall one furiously forcing the smaller one onto the sheets. All I hear is a loud scream echo across my mind, as another white message appears to reveal another missive: “Rape”.

The next comes faster. A thin figure, surrounded by several small silhouettes, shakes in a petrified manner. He’s grasping his scalp desperately, as if he believed it would offer some sort of refuge for him to hide in. It was then that I realize that there is a disturbing aura emitting from his head, as if his mind is tainted. The surrounding silhouettes slowly point their sharp-edged fingers, and begin to laugh impishly. The poor child falls to his knees, as if his head is about to shatter into billions of broken pieces. The cruel, dusky shadows enlarge until I can no longer see the boy anymore. A white light dissolves the image and presents a new message that read “Ableism”.

At this point, my body was shaking furiously. There was a painful temptation to open my eyes once more and free myself from this nightmare, but an even stronger urge to finish the lesson I’d asked for.

The final image was the simplest. There was a young boy, with skin as pure as silk and a mind as clear as day. Surrounding him was a crowd of bright silhouettes, reaching their hands up to him as if he was destined for success. The image flashed in the blink of an eye, and I was greeted to a message I didn’t have to read to understand the image: “Elias.”

I woke slowly to find that my arms and chest were sore from the various needles implanted in me during my slumber. I searched with puzzlement for the man who was here not too long ago.

“Had I fallen asleep?” I questioned myself in disbelief. Next to me was the box of blue needles. Kyanite, was it?

Discretely, I slipped a needle into my coat pocket, as a….souvenir. As I left, I noticed a sticky note and a pen on the desk beside the door, and decided to leave a small note for the kind gentleman.

Mohamed Diagne is a Year 13 student at the International School of Geneva. This article is also published in the print and e-edition of Global Geneva’s Fall Sept-Nov. 2019 issue.  See overall article on the Global Geneva Youth Writes initiative.

From Scotland to Uganda, climate catastrophe to female exploitation: these young people are making a difference