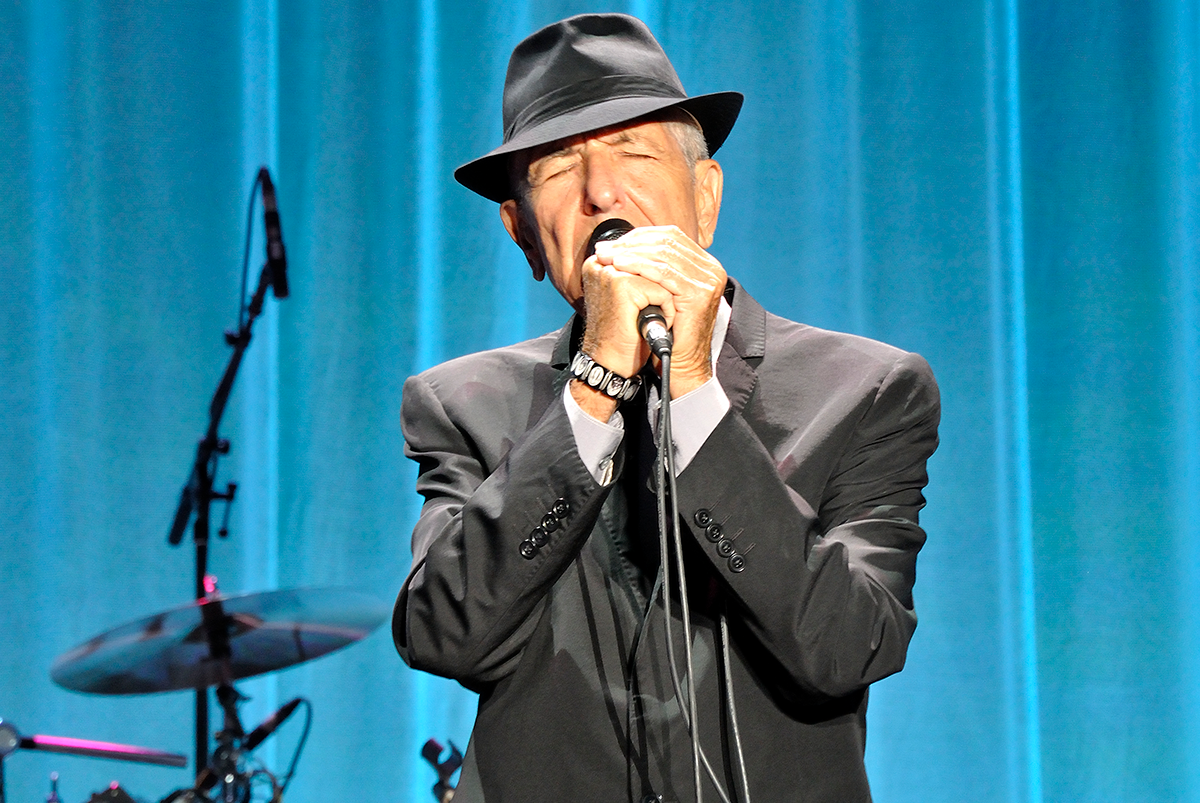 For millions of people around the world the shock of the US election results were enormously magnified by news of the death of Leonard Cohen, 82, a singer poet icon who had long sung about his own impending death. Thin and frail he died in Los Angeles in the early morning hours of November 8, the day of the US elections.

A Canadian by birth he had long said that he wanted to be buried in his hometown of Montreal in the family graveyard lying alongside his Jewish forefathers, before any public announcement of his death was made. The formal death announcement only spoke about a public memorial service to be held in the future in Los Angeles. Jewish tradition demands that burials take place within 24 hours. According to his son, however, a private funeral took place in Montreal on Sunday, November 13, which is exactly what he had asked for.

Leonard Cohen – the troubadour extraordinaire, poet, novelist, singer, spiritualist, supreme lover of women, sharp dresser and for some a prophet – reinvented himself for generation after generation of fans, ever since 1967. That was when he was convinced by folk singer Judy Collins to sing for the first time, a poem turned song called ‘Suzanne’ at an anti-war Vietnam benefit in New York. He was already 32 – by far the oldest popular singer of his time.

His extraordinary grating voice, his tenacious guitar playing and the compelling poetry of his songs at first convinced some that another Bob Dylan had appeared, but Cohen’s life and music was to take a radically different course.  Much of his imagery was not born of protest but of a deep spirituality, knowledge of the scriptures, an abiding love of humanity, a self depreciatory humility and sense of humour and the saddest love songs anyone has sung. He was often called the poet of despair but what is true is that he fitted nobody’s bill of a pop star.

Cohen vocalised his poetry and quickly gained a masterful grasp of musical accompaniment and the use of multiple musical instruments. He did not just define a single era but half a century of eras.

In the 1960s his first album ‘The Songs of Leonard Cohen’ became an obsessive sound in college dorms across Europe and America. Students like myself would play the album, light a candle, open a bottle of wine and wait for a mystical, beautiful woman to walk through the door. That first album is still widely sold and its songs a staple of millions of peoples’ memories. However the imagery in his songs also drew on deeply spiritual and religious symbols and knowledge. He came from a family of Jewish Rabbis who played a prominent role in establishing Canada’s Jewish establishment. But he was also a master of Zen Buddhism of the Rinzai school. In the 1990s recovering from a depressive spell and giving up music, Cohen spent five years in a Zen monastery outside Los Angeles living like a monk and meditating.

Later he spent several years studying at the feet of a Hindu mystic, Ramesh Balsekar in India. He read the Koran and studied Sufi mysticism deeply – the spiritual side of Islam. The Sufi based whirling dervishes of Turkey have even adopted Cohen songs to dance to. His greatest and best known song ‘Hallelujah’, which has been covered by hundreds of artists and sung in movies and TV shows, was partly a tribute to the ancient Israelite and Prophet King David.

In a long conversation with him in 2012 he told me that he read Jewish, Buddhist, Hindu, Muslim and Christian religious texts regularly and in particular modern commentaries on those texts. He said he regretted he had never played in a Muslim country, yet he was adored everywhere for being a man of all faiths with a message of tolerance and acceptance. He was also a perfectionist often taking years to write a single song or put it to music. He was never really satisfied often calling a song ”still unfinished.” In a famous anecdote Bob Dylan, now 75 once told him he took 15 minutes to write a popular song of his. Dylan then asked Cohen how long it took him to write ‘Hallelujah’ and Cohen replied ”five years.”

Cohen’s other influences were endless ranging from the Jazz and Blues greats, Hank Williams, Edith Piaf, Jacques Brel, Pablo Neruda, the Greek poet Constantine Cavafy, the Spanish poet Frederico Garcia Lorca who his daughter is named after and many others. He admitted that his albums never sold as many of the big rockers and rollers but he loved his extraordinary niche popularity. Early on he sold the most albums in Poland where during the Cold War fans learnt to speak English from his songs. He was a hero in his homeland Canada with a nation wide fan base. He loved his welcomes in Spain where he recounted how at the age of 15 an itinerant Spanish flamenco guitarist in Montreal gave him his first guitar lessons.

He was a cult figure in Scandinavia where his songs resonated and lit fires in the cold. His early long time girlfriend Marianne Ihlen, who inspired several of his most famous songs was Norwegian. She died earlier this year from cancer after writing Cohen a last letter from her death bed. Cohen’s reply – made public – went viral. ”Well Marianne,” he wrote her. ”It’s come to this time when we are really so old and our bodies are falling apart and I think I will follow you soon. Know that I am so close behind you that if you stretch our your hand, I think you can reach mine.” Despite having many girl friends Cohen never married.

In 2008 after discovering that his agent had robbed him of all his assets – Cohen then in his mid-70s – decided to launch an extraordinary world tour to earn money. The tour ended in 2013 in Auckland New Zealand after 380 performances – some of which lasted four hours. These performances were pure euphoria and exultation. Since his so called retirement he’s made three albums — Old Ideas, Popular Problems, and the latest released just a  few weeks ago, You Want It Darker.

Throughout my life I have taken Cohen everywhere and I have done so like many others for wanting the poetry of love and tolerance, musical harmony and his gruff voice to end days of covering wars and political conflict as a journalist. When ever I travel I still pack him like a sleeping pill, a beautiful ghost to surrender to, a spiritual songster for these unspiritual times. In a 1993 interview he came closest to defining his credo ;

”I am completely open and transparent and therefore its easy for anyone to grasp the emotion that’s there. I am the person who tries everything and experience myself as falling apart. I try drugs, Jung, Zen meditation, love and it all falls apart at every moment. And the place where it all comes out is in the critical examination of those things – the songs. And because of this, I am vulnerable. There’s the line in ‘Anthem’ that says, ”There’s a crack in everything/That’s how the light gets in.” That sums it up: it’s as close to a credo as I’ve come.”

Global Geneva editorial advisor Ahmed Rashid is a Lahore-based journalist and writer who has covered the Indian Subcontinent and Central Asia for leading British and American publications, including the Far Eastern Economic Review, Wall Street Journal and Daily Telegraph. He is also a regular broadcaster on the BBC and NPR. The author of several books, he has been a harsh critic of the Bush administration for its mishandling of the Iraq war and the Taliban in Afghanistan. Rashid’s book, “Taliban: Militant Islam, Oil and Fundamentalism in Central Asia” was a New York Times’ bestseller and translated into 22 languages, selling more than 1.5 million copies. For more information, see: http://www.ahmedrashid.com/