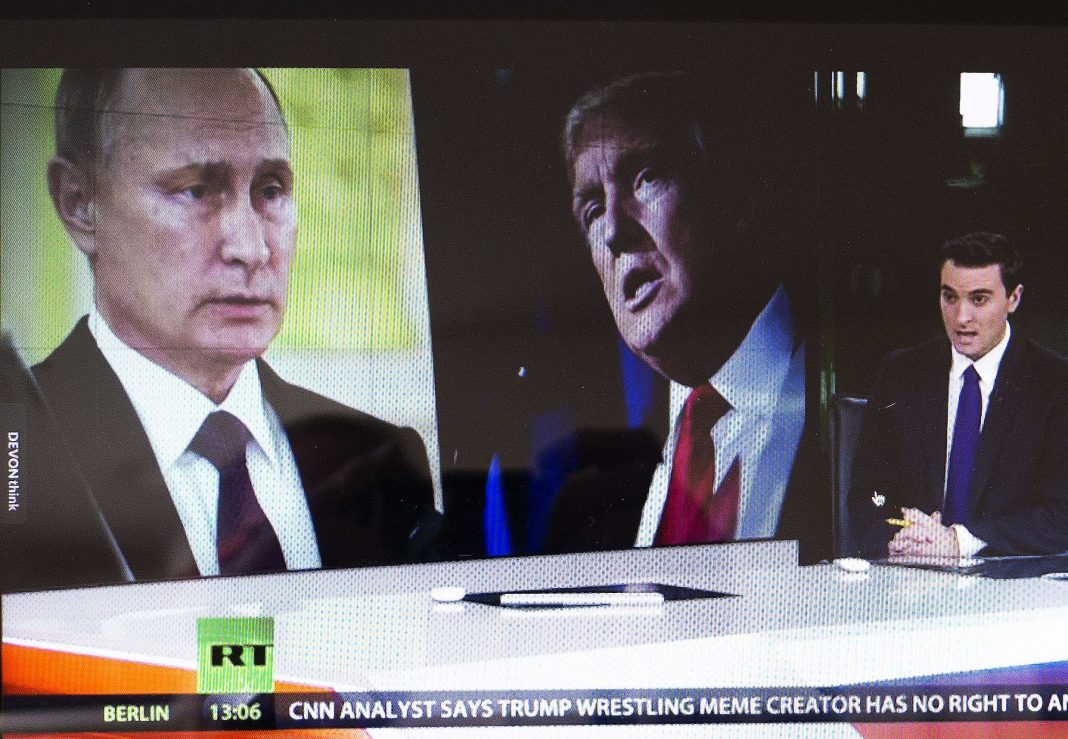 THE ELECTION OF DONALD TRUMP as president of the United States appears to have been the result of a perfect political storm in which Russian disinformation was just one of the factors that came together to produce an unexpected result with possibly catastrophic implications for the international system.

In contrast to fears about cyberwarfare targeting industrial installations, like the Stuxnet virus which the U.S. used to sabotage Iran’s nuclear program, the new tactic focuses on disinformation, taking advantage of the enormous expansion of online communications. The game changer is the increasing availability of data mining, which makes it possible to make extremely detailed profiles of the habits and preferences of specific groups, all of it made possible by the massive expansion of online traffic.

A SHORT STEP FROM COMMERCIAL ADVERTISING TO PROMOTING POLITICIANS

Every time you buy something on the Internet or make a search via Google, a small software identification tag, nicknamed a “cookie,” identifies your computer. A record of your transaction is automatically entered into a computer data base and a psychological profile of your intimate habits and preferences begins to take shape.

The theory is that this lets advertisers steer your web experience towards things that interest you. If you like expensive cars, you begin to see an unusual number of advertisements and news flashes involving Mercedes Benz or BMW. It’s a short step from commercial advertising to promoting political personalities.

Republicans proved to be hardly amateurs at using psychological profiling and data mining to gain advantage, mostly by blanketing the internet with damaging and often false information about their opponent, Hillary Clinton, but what surprised everyone was Vladimir Putin’s readiness to get involved in the game. 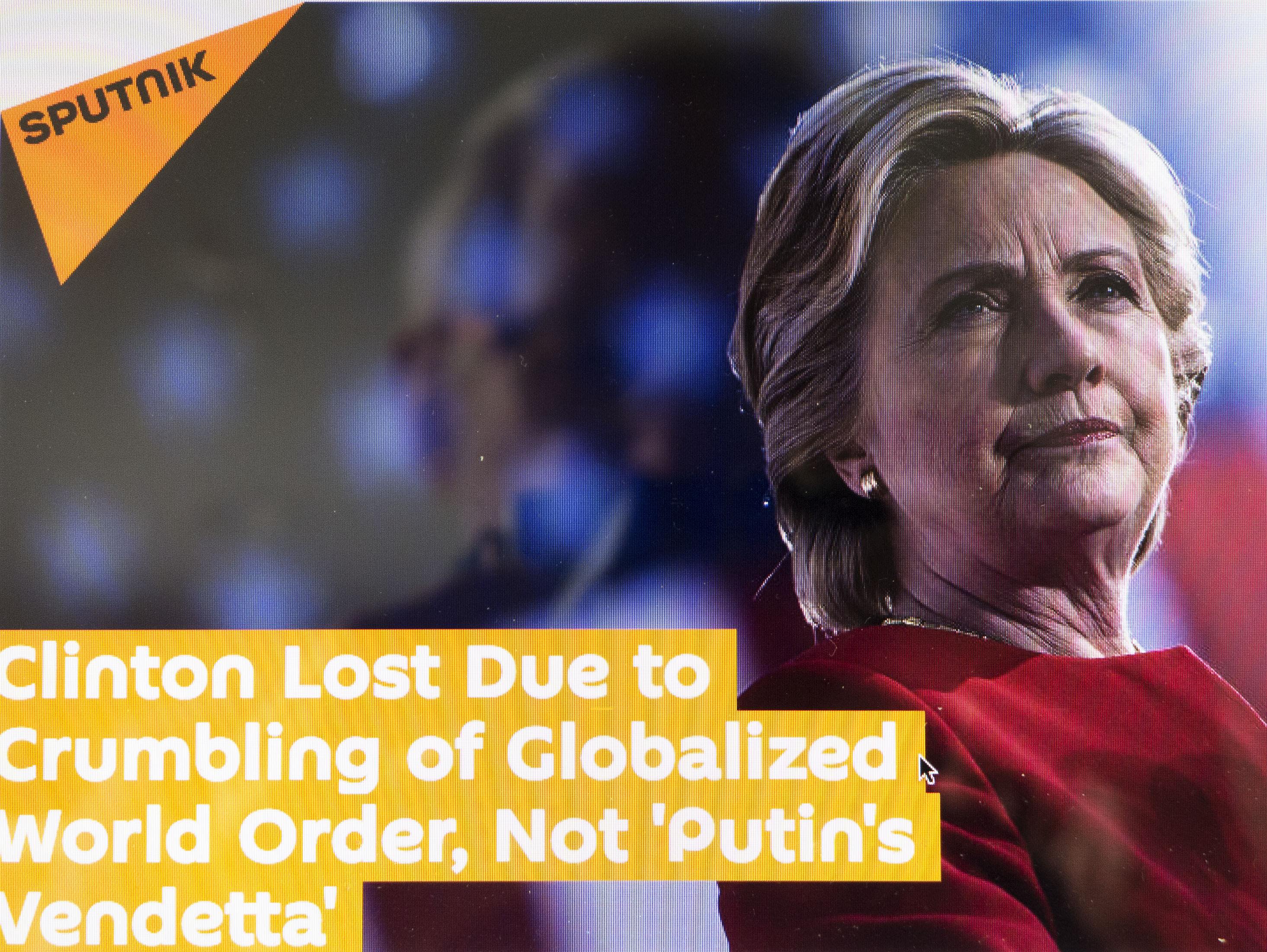 US intelligence agencies began detecting signs of Russian intervention early in the election campaign. Communications intercepts by the National Security Agency captured a conversation with Russia’s head of military intelligence saying that a surprise was being arranged for Hillary Clinton, and other intercepts indicated that the top echelons of the Kremlin were involved.

Facebook has now reported that Russian sources paid upwards of $100,000 for nearly 3,000 low cost advertisements on Facebook under false names to disseminate a skillful blend of damaging information and fake news intended to influence American voters. At least 500 phony Facebook sites were traced back to Russia, while pretending to be from elsewhere. The New York Times traced down just one of these sites, which pretended to belong to Melvin Redick, who supposedly lived in Pittsburgh. Redick, it turned out, had never existed.

Photographs pretending to show his family life turned out to have been lifted from an unsuspecting Facebook user in Brazil who had no idea that he had unwittingly become part of the US presidential election debate.

CREDIBILITY AS A BACKBONE FOR DISINFORMATION

Russia has based its disinformation strategy on two pillars. The first is Russia’s government owned cable TV station, RT (the name is an acronym for Russia Today), and the second is an online site, Sputnik, which is actually a modernized reincarnation of a former, government-owned news agency that replaced the old Radio Moscow. The cable television channel is a nearly direct copy of glossy US sites such as CNN and Fox News.

RT manages a skillful blend of actual news with intermittent doses of carefully-crafted propaganda and distorted or outright fake news. The idea is to give the impression of “mainstream media” credibility to information which is then echoed to a wide range of social media sites via Sputnik, its online distribution network.

Sputnik, modeled somewhat after the US site, Buzzfeed, can afford to be cheekier and looser with the facts than RT, whose main purpose is to establish credibility. In a sense, Sputnik’s credibility is based on cutting through euphemisms and political correctness to put its message into simpler terms that everyone can understand. 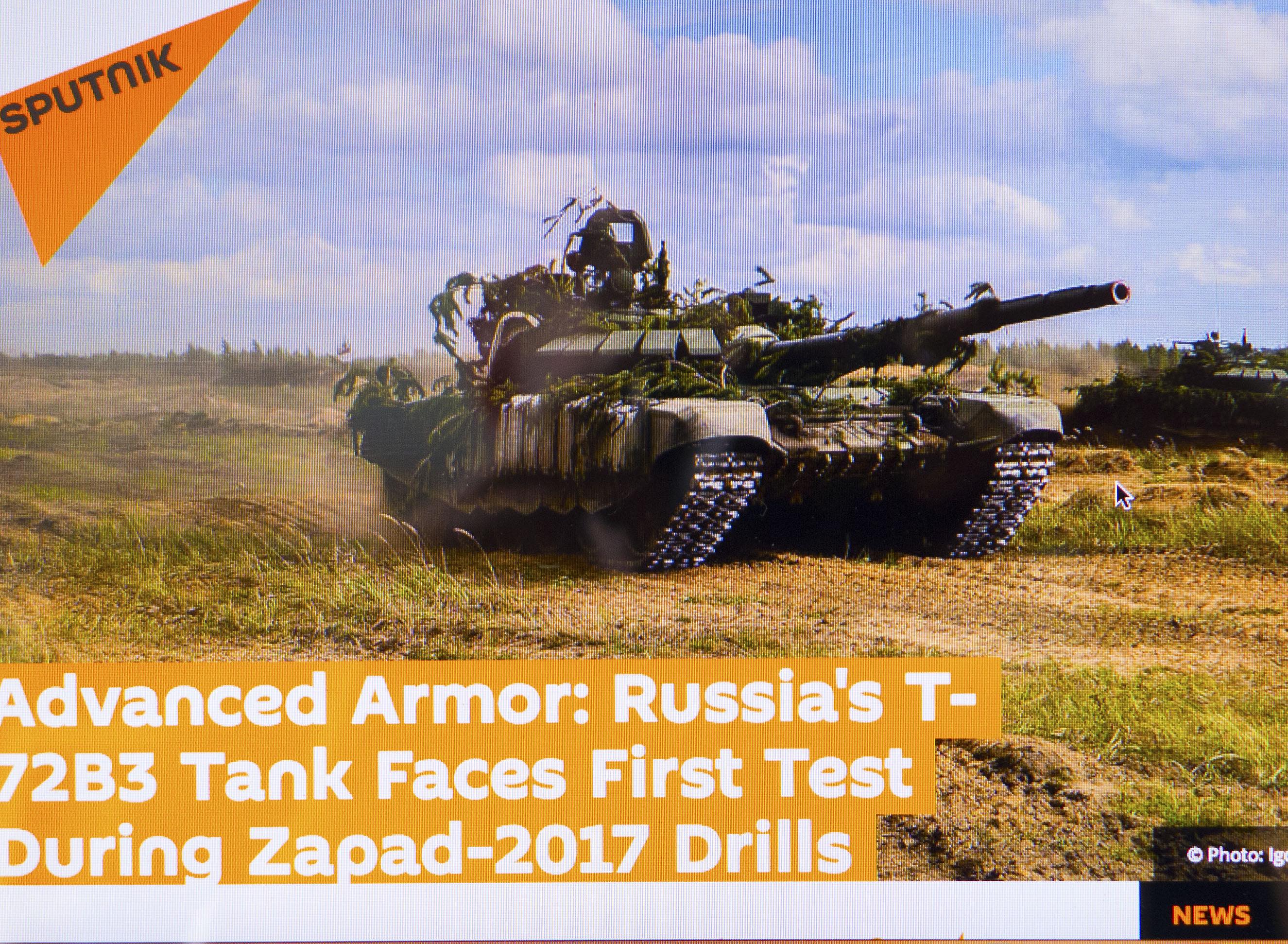 When it came to the US elections last November, the system’s major coup was a series of purloined emails from the Democratic Party, which helped to fuel an attack campaign against Hillary Clinton. The stolen emails were distributed initially by WikiLeaks, but then picked up and enhanced by various other social media outlets. US intelligence officials noted that the software used to break into the Democratic Party’s email server contained the same lines of computer code that had previously shown up in Russia’s military intelligence attempts to sabotage the Ukraine’s resistance to Russia’s incursion in the eastern Ukraine.

It also turned out that RT had coincidentally previously hired WikiLeaks founder Julian Assange to run a 12-part series on its cable network.

RT had also paid Donald Trump’s future National Security Director, Michael Flynn, a modest sum to come to Moscow and appear at a dinner with Vladimir Putin. The icing on the cake was that Trump’s lead campaign manager, Paul Manafort, had not only worked previously with Russian lobbying efforts in the Ukraine, but had also offered at one point to help expand Putin’s influence in Washington. All of that is part of an ongoing investigation that may take years to complete.

Donald Trump’s senior strategist through the early months of his administration, Steve Bannon, is also considered an expert at manipulating social media and a staunch advocate for the effectiveness of data mining in gaining an advantage in politics. Before the election, Bannon convinced an eccentric billionaire, Robert Mercer, to buy Cambridge Analytica (CA), a data mining specialist. The company’s surveys, which cost upwards of $400 million, indicated that voters for the most part did not favor Donald Trump, but they liked Hillary Clinton even less. Bannon’s strategy advice was to forget about trying to convince anyone to vote for Trump but to focus instead on demolishing Hillary Clinton’s reputation. A similar Big Data approach was deployed in the United Kingdom to push voters toward Brexit during last year’s referendum on the European Union.

There followed a barrage of fake news accounts accusing Hillary Clinton of everything from murder to sexual depravity. The most outrageous claim was that she had allegedly run a child sex ring out of a pizza parlor in Washington DC. None of it was true, but in a race in which the vote was very nearly equally divided it only took a slight nudge to shift the vote in favor of a Trump victory in critically important “swing” states.

A good part of the investigation that is now going on is intended to determine whether the Trump campaign, which had paid hundreds of millions of dollars for data analysis of voter preferences might have subsequently turned this information over to the Russians for use in their network dispensing disinformation. Most of the fake news emanating from Russian sites was aimed at exacerbating racial and ethnic tensions among voters rather than openly campaigning for Trump. The idea was that increasing ethnic tensions and anti-immigration hysteria along with anger at the Washington establishment would do more to edge the vote in favor of Trump than anything else.

A similar attempt was made to boost Marine LePen during subsequent French elections, but proved less successful, mostly because Macron was a better candidate. From the Kremlin’s perspective, Trump’s victory ended up as a win-win situation. Trump’s bumbling incompetence and go-it-alone boosterism of “America First,” is likely to put an end to America’s status as a super power. That leaves the field open for Putin to expand his influence. Having profited from its tentative efforts to take on Washington, the Russians are expected to try similar manoeuvers in European elections.

And all this may just have been the beginning. In March, the Russians peppered hundreds of US Defense Department employees with links to news stories about sporting events and entertainment that the employees might be interested in. When the unsuspecting targets clicked on the sites, a software program automatically downloaded switching control of their computers and iPhones to a group of outside hackers. Pentagon computer experts struggled to regain control of their machines. It was just an advance taste of what to expect in the future.

America’s editor William Dowell is a journalist and writer who writes the Tom’s Paine column from Philadelphia. He has previously worked for TIME magazine and ABC News as a foreign correspondent covering Europe, Asia and northern Africa.

Focus on Afghanistan: Afghan Waterloo: Graveyard for the British, Soviet, and US Empires