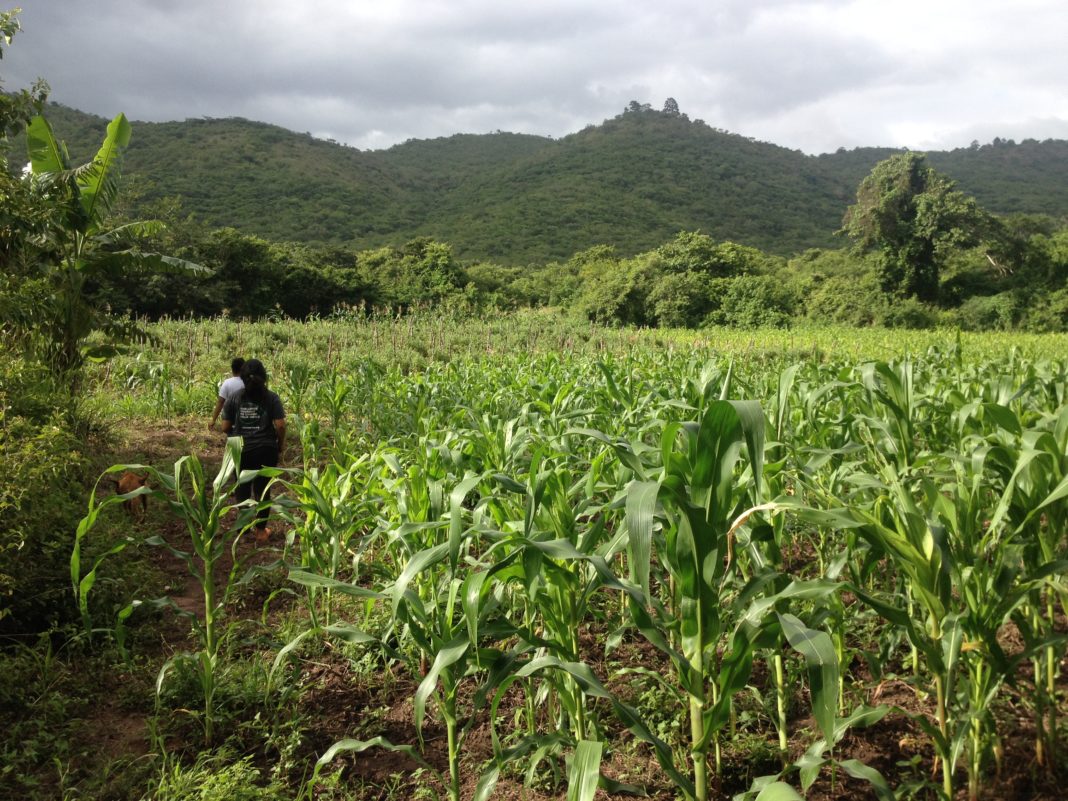 BREAKING IN is a column for young people to share their experiences, including volunteering or interning.

IF YOU HAVE EVER THOUGHT OF VOLUNTEERING, DO IT! You won’t regret it. After finishing my Master’s and having never done a gap year, I felt like I had missed out on some unbelievable experiences such as living off the grid and working on one-of-a-kind projects. Luckily, my late night job searches led me to the International Citizen Service (ICS) website and later on, to Raleigh International. ICS offers volunteer and team leader positions in numerous countries around the world to work on sustainable development projects with partner organizations.

I applied to be a team leader because I wanted to gain work experience. Following some initial team leader training in the UK, I found myself – four months later – on a plane to Nicaragua. It was incredibly daunting at first. I had no idea what to expect. Would I be able to complete the project? Would my Spanish be good enough to communicate with all my volunteers and project partners? Would there be a lot of bugs? Would I be a good leader for my team…?

However, looking back now, there was really nothing to worry about. Once all the team leaders from Nicaragua, Costa Rica and the U.K. had arrived in Masaya, a city in western Nicaragua, we received two weeks of intense training from Raleigh staff and acquired a much more in-depth sense of what we needed to do. Of course, everything would change once we got to our communities, but the training really helped us relax about the tasks ahead.

The first community I lived in was called Wascasoni. It was located 4km up a steep hill in the highland department of Madriz of northwestern Nicaragua near the border with Honduras. It was absolutely beautiful up there, even though there was no flat ground. I only walked around completely out of breath. I also lived with an amazing host family, who really made me feel like their daughter. Onergio (my host dad) is the leader of Wascasoni and strives to make his community more economically prosperous, environmentally-friendly and more connected to its indigenous (Chorotega) roots.

Over the past few years, the region has been plagued by incessant drought. This has led to increased unemployment and diminished access to nutritious food. Consequently, our job as volunteers was to promote entrepreneurship among young people in the community so that they could support themselves and their families through constantly changing circumstances.

The young people we met were unbelievable. Every single one was incredibly motivated to start their own business. They not only wanted to support their families, but also to see their community prosper. Katya, for instance, was only 14 years old but had already started plans to set up a bakery. Her reasoning was that it could increase her family’s income and reduce community members’ travelling time to buy bread. The closest market was one hour away by foot. So buying food could take a lot of time and energy. Raleigh funded her business in the end, so I can’t wait to see her achieve her goals – I know that she’ll do everything she set out to achieve.

We also had the opportunity to speak to community members on a daily basis, which really gave us an insight into their lives and their histories. A lot of people spoke to us about the war from the 1960s and 1970s and about Hurricane Mitch, which had ravaged numerous homes and rendered many of them homeless. During the second stage of my six-month volunteer project, I lived in another community, San Jose de Palmira, also located in the northwest. This was actually a housing project built to help people who had lost everything after the hurricane.

Families could apply for a house and, if they were successful, they would be able to live rent free and become property owners after 10 years. Many praised this project initiated by the Institute of Human Promotion (INPRHU) because it allowed families to escape poverty.

WOMEN: BACKBONES OF THE COMMUNITY

One of the women recounted how, right after the hurricane which had destroyed her home, she was forced to move to a more expensive place with her husband and three children. As a result, she had to wake up every morning at 2 am to cook breakfast for her family so that she could leave for work at five at the coffee mill, where she would do a 12-hour shift before going to school in the evenings. She would only get home at 9 pm, cook dinner and then catch only two or three hours sleep.

Now, she is able to work with a women’s cooperative in the community and take care of her family within normal working hours. In addition, as she doesn’t pay rent, she is able to save more money.

Such stories taught us volunteers a lot, especially the strength and dedication of the women in our communities. They are really the backbone of every household. They’re the ones in charge of pretty much everything, especially cooking. Everyday, they make three meals for their families, which usually consists of corn tortillas, a variation of beans and rice and plantain. They also make coffee and fetch massive barrels of water – roughly 20kg – by putting these on their heads and walking up and down the steep hills. For starters, their physical strength is incredible. I could not manage to carry a barrel of water up the hill during the entire six months I was in Nicaragua. To the amusement of my host family, I had to buy a smaller water canister at the market so that I could carry it from the well back to the house every day.

The women are also excellent multi-taskers as they often take care of the children, do the laundry, run a business and go to school all in one day. My host mother Cendys is 25 with two children Luis, six, and Elijas, two. She has recently started a bakery and has become famous for her delicious cakes, which she sells to almost every house for special occasions. For Mother’s Day last year, she received 25 cake requests and did them all within 12 hours. She also studies accounting every Saturday so that she can expand her business and keep track of her finances.

Overall, I think that although we were in Nicaragua to teach young people about entrepreneurship, we were really the ones who learned the most. We became more aware of what life is like for most of these people and the lengths they will go for their families and especially, for their children.

We also saw the effects of climate change on rural communities. This has been one of the most important lessons. A lot of my British volunteers had mentioned this point to me. They said that it was the first time that they really understood how such changes could affect other lives. Most pledged to reduce their carbon footprints by driving less, cutting back on meat and reducing their electricity consumption. On a lighter note- after encountering daily bugs bigger than my fist, and having a meter- long snake fall from a tree onto my head while walking down a village path, I also managed to rid myself of a longstanding phobia against creepy crawling spiders, snakes and insects, which, for me, is an amazing feat in itself.

Elisa Schmidt is an American-German national from the Lake Geneva region. She currently lives and works in Bangkok, Thailand

Other Breaking In stories that have appeared in Global Geneva magazine.