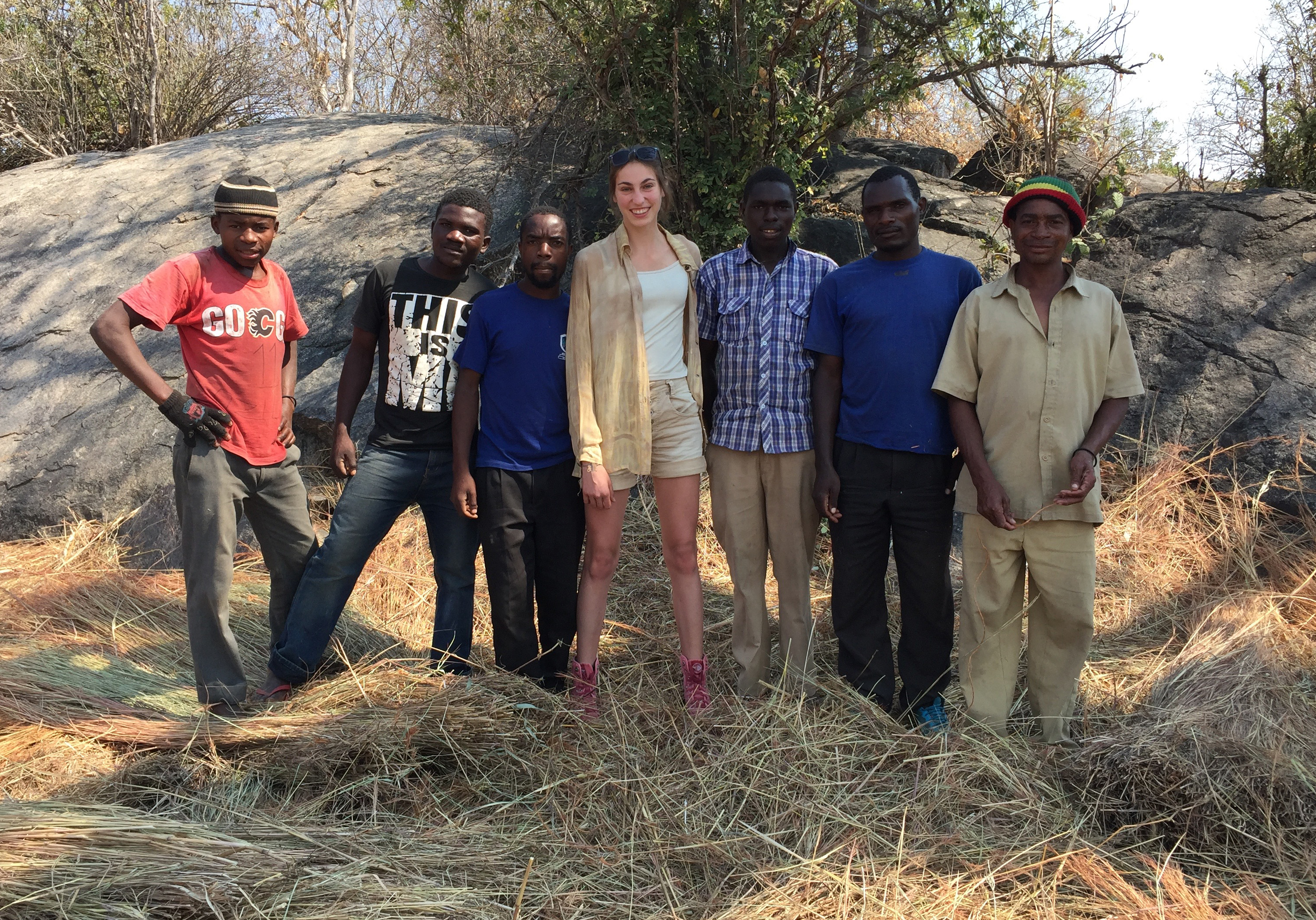 I adore animals and have always wanted to do something with wildlife. Having just completed my final exam, I dreamt of spending five or six weeks working somewhere in Africa. Together with my parents, we went online and checked various options. There were quite a few but all were incredibly expensive. Then my next-door neighbour, a writer, suggested that he contact his friend Chris Fox in Tanzania. Chris ran a few safari operations, but also sought to bring tourists into contact with village communities living outside the parks. This was so that they would better understand why local people need to be directly involved and to benefit from wildlife if conservation is to succeed. Chris, our neighbour said, could probably use someone who speaks several languages in order to take care of his international clients. Plus maybe accompany them on safari.

For me, this sounded too good to be true. Chris was willing to take me on as a professional intern on the condition that I pay my own travel, visa and other costs. Everything else, such as food and lodging, would be taken care of. So, several weeks later, armed with a business visa, I headed off to Dar-es-Salaam and then Ruaha National Park where Chris ran his Mwagusi safari camp. For the next five unforgettable weeks, I lived in the savannah and what for me was one of the wildest places in the world. I met a lot of incredibly nice local people, some of them working at the camp, others in the nearby town of Iringa. But I also had the chance to see lots of wild animals, including lions, leopards and buffalo.

I was immediately given special responsibilities, basically taking on the work of an additional camp manager for day-to-day activities.. I lived in a banda, or hut, with a proper bed and shower. Plus with my French, English and German, I had to make sure that the guests were well-catered for and comfortable. But I also taught some of the local staff about geology and local wildlife. I was put in charge of all the food and camp materials to make sure that all was accounted for, so I was always walking around with a huge bunch of keys making sure that everything was put back after meals.

The most difficult challenge was to find myself working in such a wild place. I have always lived in Europe so I was not used it. But it was incredibly exciting. Three times, I was charged by elephants. And then there were the snakes, some of them highly venomous. At night, while returning to my banda, I encountered a spotted hyena only just a few feet from me. I was told that hyenas can be incredibly dangerous, but I was not afraid. I simply admired the beauty and wildness of this mammal. Sometimes I also found fresh lion tracks under my bare feet.

In fact, my best experiences were out in the wild, including seeing animals that one would only see in zoos in enclosures. Walking around the camp, one could spot all sorts of animals: impalas, yellow baboons, giraffes, warthogs, jackals, kudus, buffalos, sand snakes, even black mambas and cobras. But because I was a volunteer, I was able to accompany the tourists on their late afternoon safaris, mainly by vehicle, but sometimes by foot. It was also an incredible feeling to see my first wild lions, leopards and elephants. Every day was a new adventure.

While the park had an enormous amount of wildlife, I was shocked to see that there was almost nothing outside the perimeters. I asked my friends why there were no animals and I was told that local villagers only regard the wildlife as fresh meat, notably food. Or they see wild animals as dangerous and threats to their crops. They did not understand how tourism could prove beneficial to them. There are efforts to try and make local communities part of what is happening in the parks and to protect wildlife. Local people need to feel that they are also benefitting. Wildlife only seems to exist in the parks.

Before leaving for Africa, I had thought that there would be animals everywhere and that Africa was a heaven for wildlife. But that’s not true. Based on my experience – I also met some veterinary researchers who came to the park – I now want to do something about working with wildlife and local communities. This has to be the key to successful conservation. For me, too, I now find myself constantly remembering this incredible mix of images from smiling villagers to extraordinary wildlife, notably the beauty of the leopards or the grace of the giraffes. Even if my volunteer internship was not that long, I have learned a lot. It changed my life. Other young people should have the same chance to experience what I did.

Charlène Thiry now 18, is doing her pre-veterinary studies in Biology at Lausanne University.