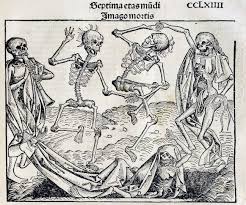 We have to talk about deaths in Switzerland, where over 8,000 people have died of COVID. In a country of eight million people, one person in every thousand has succumbed to the pandemic. More than two thirds of these deaths have occurred in the past three months with the second spike. As a result, Switzerland now has one of the highest per capita death rates in Europe: the excess mortality rate in Switzerland is classified as “extraordinarily high”.

Every day, 80–100 people die of this deadly virus in Switzerland. Didier Trono, professor of virology and genetics at EPFL and a member of the Swiss Covid Task Force, put it another way: since October, there has been the equivalent of a plane crash into the north face of the Matterhorn every Saturday, killing everyone on board.

And yet, no-one seems to talk about these deaths. There are no memorials or tributes for the dead. The media hardly ever mentions them. They barely feature in the daily statistics. Preventing deaths is not included in the rationale for COVID policies. We hear about reducing the R rate, keeping down infections, avoiding hospitalisations and keeping free beds in hospital Intensive Care Units, or ICUs, but politicians seldom talk about saving lives.  (See Global Geneva article on Switzerland and the economy in the time of COVID)

A reminder: our content is available free worldwide in the public interest. If you like what we do, please become a Support Member of Global Geneva Group, our Swiss non-profit association, or DONATE. We urgently need your backing to finance credible investigative journalism.

Preventing deaths is not what is driving Switzerland’s COVID response. Why? Because deep down the lives of those dying don’t seem to matter. They are talked about as being “all” over 80 years old and/ or sick already (in reality, a myth…). The lives of the old and vulnerable have been sacrificed to save the Swiss economy. (See Global Geneva article from March, 2020, on Switzerland’s already established policy of ignoring the elderly)

Deaths are to be expected: the old will die anyway

If you think I’m exaggerating, listen to the words of Ueli Maurer – Swiss Finance Minister. He has said publicly that the deaths in Switzerland are to be expected (and by implication are acceptable) as those dying are over 80 years old and would have died anyway (in reality, many people under the age of 80, some of them in previously good health, have also died).

These are not marginal views. Ueli Maurer is from the far-right Swiss People’s Party (SVP/UDC) – but it’s not a minority party, it’s very powerful, the largest party in Parliament. The new Swiss President – Guy Parmelin – is from the same UDC party. Repeatedly, the UDC have prioritized the economy above health care.

They are the result of conscious and deliberate decisions over and over again. Decisions to put the economy and profit before saving human lives;  to worry more about the impact on the restaurant sector than the health care sector; to cancel all non-urgent hospital operations months before considering closing shops (which are still not closed); and to stubbornly keep ski stations open during the Christmas holiday, flying in the face of public health experts and politicians across Europe who warned it was too dangerous.

A collective determination: all must remain the same

Eight thousand deaths are also the result of a national sentiment of exceptionalism. Switzerland is an extremely stable nation that has never faced a national crisis, participated in a modern war, had to cope with a domestic terror attack, dealt with a recession or financial crisis (of course these are good things!) It is a country where everything has always been the same and where there is a collective determination to ensure that it remains the same.

The President of the Canton of Valais summed this up when he declared in November (when infections were raging and hospitals were being overrun): “On mangera et skiera dans les stations Valaisannes à Noël.» (“We will eat and we will ski in the Valais resorts at Christmas.”) Thousands of rich British skiers, rejoicing at his announcement, flocked to the Valais ski stations to ski and eat fondue over the holidays, bringing with them the new COVID variant and then supposedly “absconded” at the dead of night to escape a mandatory quarantine.  And today, the new COVID variant is growing at an exponential rate in Valais and other ski stations, such as Wengen: is anyone surprised?

As expats living and working in Switzerland, the 8,000 deaths may not affect us. They may not be our elderly relatives or vulnerable family members. We may not be living with the raw fear that we may lose someone dear here; or worrying that they are not sufficiently protected. But we can’t close our eyes to 8,000 deaths. They are happening here and now in this rich and beautiful country. They are not an accident, or a sad, unavoidable tragedy. They are the result of conscious decisions; of half-measures, inertia and a failure to take courageous action.

I love Switzerland. I have lived here on and off since 1992. It’s a beautiful, safe, comfortable country. I feel thankful to have been able to raise my children here. I was so thankful to live here during the first wave of this pandemic when we were free to be outside and breathe. I was, and still am, grateful that my children have been able to continue to go to school here almost uninterrupted. But my trust and respect for Switzerland has been shaken watching how it has handled this pandemic.

Announcing France’s second lockdown at the end of October, President Macron told the nation: “Pour la France, rien n’est plus important que la vie humaine.” (“For France, nothing is more important than human life). A few hours earlier, Simmoneta Sommaruga – then Switzerland’s President – told the Swiss nation that saving the economy was a priority. She also acknowledged that Switzerland was taking a different “chemin” (path) from other countries in seeking to protect jobs and to avoid a second lockdown.  As Switzerland now reaches beyond the grim milestone of 8,000 deaths, the question remains: has Switzerland prioritized its economy at the expense of saving lives?

Rachael Reilly is an independent humanitarian/human rights consultant who has lived in Geneva intermittently since 1992.