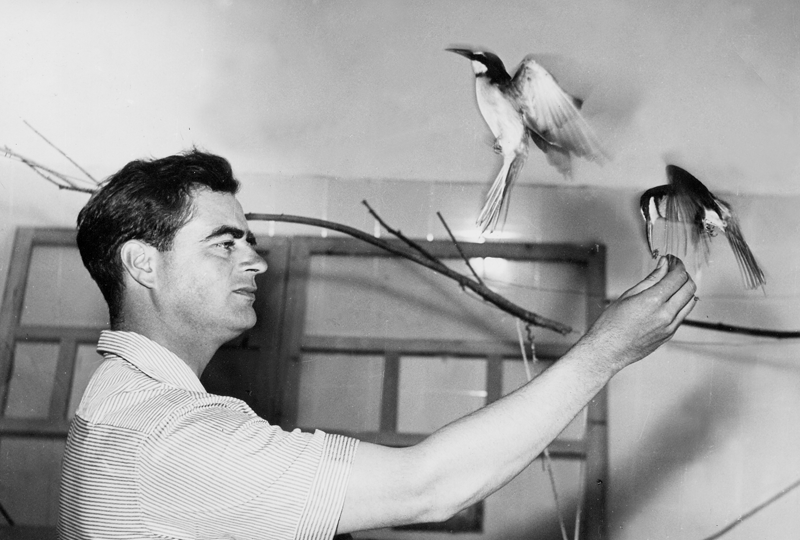 If the crane is sent from heaven to transport those destined for eternal life, then surely during his final journey Luc Hoffmann was carried on the wings of the bird that symbolizes fidelity and immortality.

This modest and passionate ornithologist, who died in July at the age of 93, dedicated his life to conserving not only birds but entire ecosystems and flyways. His favoured habitat was the Mediterranean wetlands of the Camargue in southeastern France, where in 1947 he purchased the vast pastures, woodlands and marshes of the Tour du Valat estate of the Rhone River delta. While still a biology student, he had fallen in love with the rare Camargue white horses, galloping through the shallow saltwater and the breeding grounds of the elegant Greater Flamingos, their gangly chicks, and other less striking water birds.

Luc was from Basel, Switzerland, and as the grandson of the founder of the pharmaceutical company Hoffmann-La Roche, he was a billionaire who rolled up his sleeves and worked shoulder to shoulder with fellow scientists, ecologists and neighbours. He founded the Tour du Valat Biological Research Station in 1954, initially to ring birds. One of the keys to the Station’s achievements is that monitoring is carried out and projects are initiated and followed through by, in Luc’s own words, “the institutional and especially human networks it has been able to create.”

Starting in 1962, Luc and his colleagues began charting the course for the first global environmental treaty, the Ramsar Convention. Negotiations lasted nearly a decade. It was adopted by 18 nations at a seaside resort on the Caspian Sea in 1971.

Luc was tenacious. If the flamingos in the Camargue and other birds from Northern Europe and Siberia wintered in the Banc D’ Arguin on the western fringes of the Sahara, he was determined to ensure they were protected.

Thanks to the organizations that Luc established or funded, his role as Vice-President of IUCN and WWF, and his close relationship with the Government of Mauritania, the Banc D’Arguin, which constitutes one of the largest global gatherings of over two million waterbirds, was declared a National Park in 1976, a Ramsar Site in 1983 and a UNESCO World Heritage site in 1989.

Today, one third of Mauritania’s entire coastline and one of the world’s richest fishing grounds − in which local Imraguen fishermen cooperate with dolphins that drive schools of yellow mullet into their waiting nets − are thriving. 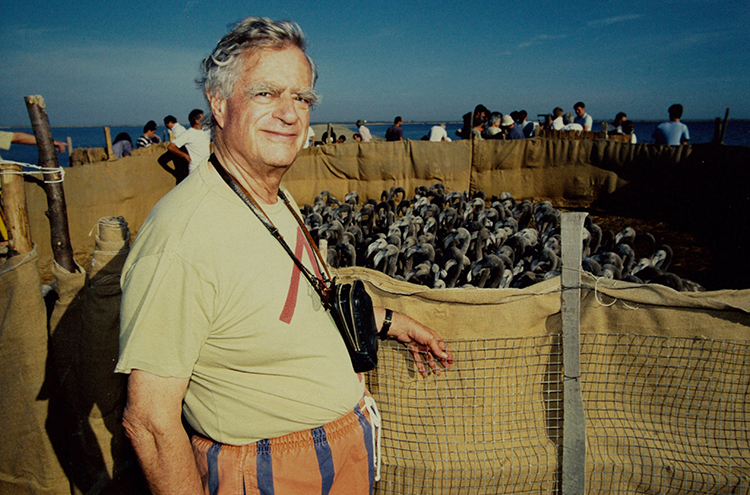 Birds and endangered estuaries weren’t Luc’s only passion. He loved people and saw the best in them, especially their potential. One of his employees, Heinz Hafner, had a penchant for ornithology and Luc encouraged and supported Heinz on his path from cook, to scientist, to internationally renowned conservationist. Every year the Tour du Valat holds a Heinz Hafner Lecture in his honour. Heinz, who died in 2003, was one of thousands of people who benefited from Luc’s discreet benevolence.

Luc was humble, but I remember him losing his cool in WWF’s reception area a few years after I joined the organization. He had been trying to phone WWF’s Director-General, Charles De Haes, and the receptionist, who did not recognize his name, refused to put him through. Luc drove from home to the headquarters and exclaimed that the woman did not know who he was! I assured her he was the Vice-President and one of the founders. He strode up the stairs to Charles’ office, his tall frame upright and his gait forthright. That was a rare moment in WWF’s halls.

In 1998 Luc befriended Professor Vo Quy of Vietnam, who had been awarded WWF’s Gold Medal for his efforts to restore his country’s war-torn environment. Luc was so taken by Vo Quy that he invited him to the Camargue to participate in the annual ringing of the flamingos. Immediately, I volunteered to drive Vo Quy to the Tour du Valat.

Since I am wont to get lost, we did just that. I didn’t have a mobile phone back then, and we called from a neighbour’s house, who led us to Luc’s residence. We were immediately forgiven; the wine and I breathed a sigh of relief. Vo Quy swooned.  The two men rarely stopped talking, except when watching birds before sunrise on Luc’s 2,600 ha nature reserve.

Luc, who bought his land in the wake of World War II, was fascinated to learn that the Eastern Saurus Crane had returned to a wetland drained and defoliated during the Vietnam War and that a nature reserve, Tram Chim, near the Cambodian border had been established to protect the birds and the recovering mangroves. Some 1,000 cranes were wintering in Vietnam, the largest population in Southeast Asia. Vo Quy’s Centre for Natural Resources and Environmental Studies (CRES) was organizing an international conference to be held at Tram Chim and told Luc he had asked WWF for funding.

Soon after, Luc invited Vo Quy to his home in Montricher, Switzerland. The two ornithologists set off on a walk, and I followed. They examined every leaf, butterfly, bird, and insect, in their path. The image of the pair engrossed in discovery, binoculars at the ready, is imprinted in my mind like a chick on her mother: forever.

Back at the house, beneath the majestic cathedral ceiling of a converted barn, Luc asked Vo Quy about the cranes and if he had managed to find sufficient funding. When Vo Quy revealed that the proposal had not been approved, Luc asked how much he needed. He promised 7,000 US dollars on the spot.

Luc did what he believed in and he never deviated from his path. From the salty marshes of the Camargue, Luc’s outreach covers every country and continent. He would never have told you that.

Elizabeth Kemf is a Geneva-based journalist, author and conservation specialist.