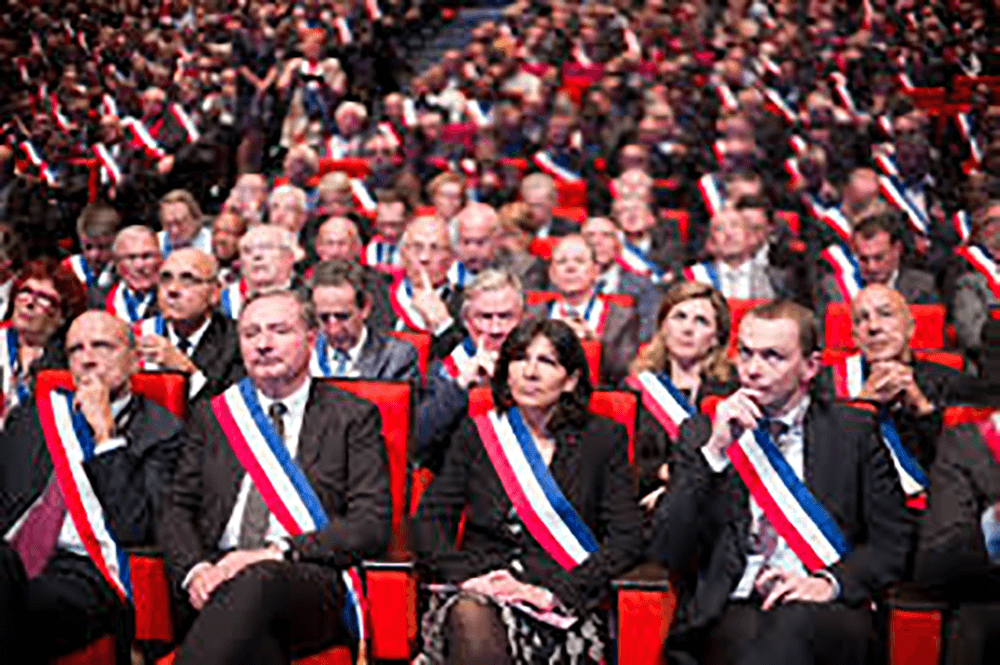 Last January, police jailed several local officials in the Paris region suspected of corruption in collusion with a property developer. This was followed in early February by another case whereby a young mayor representing a small commune in the Pas-de-Calais in northeastern France was accused of deliberately obfuscating the minutes of a village council discussion to hide the granting of a property contract to a real estate firm managed by his mother.

These are just two recent examples among others in an official environment where investigations of suspected cases of conflict of interest or corruption are severely hampered by the lack of a centralised – and public — data base. For a country that professes to be democratic – France did not even rank as a full democracy in The Economist Intelligence Unit’s recent Democracy Index. This is made worse by the fact that a culture of transparency in the public interest has enormous difficulty in establishing itself.

France remains extremely restrained when it comes to credible facts and figures. Select ministries, such as Justice or Interior, often simply ignore journalists’ questions regarding government processes. And French citizens have long since resigned themselves to the stark realities of not being informed when it comes to the business of running their nation. For the past two years, volunteers of the French office of Transparency International, a Berlin-based NGO, decided to attack the massive task of identifying convictions of corruption, both in the private and public domains. They have managed to put together a unique database of at least 660 cases dealing primarily with illegal conflicts of interest and the embezzlement of public funds.

“Corruption is something that exists at all levels,” recently noted Isabelle Attard, a National Assembly member for the Calvados region. “There is small and large corruption, everywhere. It can start very early in a career, at the level of the mayors or the community of communes. It is a system that has become so institutionalized that we no longer pay attention. Then you find it rises to the ministers themselves who believe that they have total impunity,” said Attard.

Jean-Chrstiophe Picard, President of Anticor, an association that fights against corruption and for ethics in politics, welcomed the opening of a preliminary investigation by the National Finance Office against conservative former Prime Minister Francois Fillon, suspected of having paid his wife Penelope for almost 10 years as his parliamentary assistant, while also controversially remunerating his two children for special tasks. While not necessarily illegal at the time, Fillon eventually agreed that such actions were inappropriate. Corruption, however, is everywhere, “but it does not interest many people. In France, unacceptable anachronisms exist. What needs to happen is a complete change of culture, habits and mentalities,” said Picard. As a result, Anticor has launched an online petition for a “new abolition of privileges” in the form of a 10-point charter. It is also promoting actions designed to “rehabilitate participatory democracy.”

The accumulation of so-called ‘mandates’ or terms of office, whereby a senator or minister can also serve as a local mayor or regional council member, is “a great French specialty,” added Anticor’s president. This has long been regarded as one of France’s major causes of corruption.  “Those who are supposed to impose regulatory laws would then be themselves affected, so they have no desire to create new constraints.” At the same time, he observed, 80 per cent of parliamentarians indulge in this. “Small rural mayors are even elected for 20, 30 or 40 years.” In Rhone-Alps’ Pays de Gex near Geneva, for example, the former mayor of Cessy, who was indicted for corruption some years back and given a six-month suspended sentence, was France’s second-longest serving mayor with 37 years in office.

In its 2013 annual report, France’s Central Service for the Prevention of Corruption (SCPC) aggressively denounced the “accumulative vision of the local political career” which leads to the “creation of almost impregnable electoral fiefdoms by limiting the emergence of competitive options”. The report specifically highlights the high risk of corruption in many areas of local government ranging from public procurement to urban planning. “We have counted 149 MPs and senators who are in their 4th, 5th, 6th and even 7th successive mandates. How can we sustain a democracy under such conditions of sclerosis?” maintained Daniel Lebègue of Transparency International’s French section, notwithstanding a 2017 decision to finally impose mandate limits,

“The potential conflict of interest is terrible. Everyone is fully aware that the current situation is not at all satisfactory,” added Picard. Prior to PenelopeGate, “almost nobody spoke of transparency in public life and the fight against corruption in this presidential campaign,” he said. His impression, he added, is that the current presidential election will “definitively demonstrate that people are fed up.”

Another critical issue is France’s decentralization process since its steady introduction over the past 30 years. Coupled with its own persistent centralizing traditions dating back to well before the Napoleonic era  the process has had perverse effects on corruption, as some analysts point out, a view shared by Anticor. “It gave an enormous amount of power to the local level without setting up efficient safeguards,” said Picard. It also made it extremely difficult to impose all the necessary legal and human means of control on all those elected, “many of whom have made a lot of money.” A Prefecture official with the Ain Department, was embarrassed to concede that France’s over 35,000 mayors have virtually no real form of public oversight “until after the fact.” Only then can action be taken, she said.

Housing, property and urban development, asset management, economic aid, corporate investments, training, banking, patronage and property development are all areas where corruption, conflicts of interest and influence trading are alive and well. At the same time, in recent years France has moved slowly toward more open political transparency – a concept that many French view as exotic -– by adopting several remedial laws. The case of Jérôme Cahuzac, the Junior Budget Minister who in 2013 admitted he had kept a foreign bank account for some 20 years, was the most prominent scandal of the Hollande Presidency. It clearly marked a turning point and lead to the sentencing of the former Socialist Minister last December to three years imprisonment for tax evasion.

Two further transparency laws emerged after this scandal. Parliamentarians are now obliged to declare all their assets as well as the identities of their collaborators. In 2014, a national financial prosecutor’s office was established with 15 magistrates to specialize in investigating fraud and corruption. And last November, France set up an anti-corruption agency. Yet many deplore the lack of resources allocated to such initiatives and call for a veritable ‘revolution’ in the battle against corruption and the lack of political ethics.

The elected officials most at risk from these new measures include the heads of regional, departmental, inter-communal and communal representations, notably communities with populations of more than 20,000, such as the Pays de Gex or Annemasse in the Lake Geneva area, as well as their deputies with the right to delegation of authority or signature. They, too, are now subject to a declaration of interests and assets. They must inform the High Authority for the Transparency of Public Life (HATVP) of their profession, any membership of associations, their various mandates or shares held in companies, their income and even the professional activities of their relatives. Local mayors, for example, who purchased properties in construction projects with permits granted under their watch, would have to declare these to prove that there was no conflict of interest.

“Some of my elected peers are reluctant to associate themselves with transparency because they perceive it as a form of suspicion of guilt that would question their integrity,” said Chantal Cutajar, Deputy Mayor of Strasbourg in charge of ethics, local democracy and public procurement. The Alsatian capital is one of France’s few cities to employ an ethics specialist, notably Patrick Wachsmann, a professor of public law. But his brief as a ‘watchdog’ of publicly elected officials, which was introduced last year, has barely prompted five complaints, only one of which he considers valid.

For political scientist Yves Mény, author of ‘Corruption of the Republic in France’ in the early 1990s, the causes of corruption are both structural and cultural. The structural is the result of an osmosis that has prevailed for a long time between the economic and the political sectors, he explains. The historical, because “the French state has always mixed itself in economics and even served as an instigator for economic development.” Ever since the French Revolution until 1983, the Prefect, as representative of the Paris government, was also an executive of the departmental council, Mény noted, effectively making the state the patron of local authorities. This role has been reinforced by the fact that its elites are recruited from a fairly narrow field, notably that of the Grandes Ecoles, such as ENA and Polytechnique. “Very often, these same Grandes Ecoles alumni leave the state to go into the private sector. All this causes a confusion of powers leading to conflicts of interest,” he added.

Franco-Swiss journalist Claudine Girod-Boos is based in Strasbourg Formerly with the Tribune de Geneve, she is now a blogger and social media editor  www.citizenclo.org . Accredited to the European Parliament and Council of Europe, she is also correspondent for the New China press agency plus follows media developments for the Swiss magazine EDITO-KLARTEXT. Girod-Boos also lectures at the European Institute for Journalism

Leave a Reply to Eva Joly on Corruption in France : The time of impunity is over | Global Geneva Cancel reply