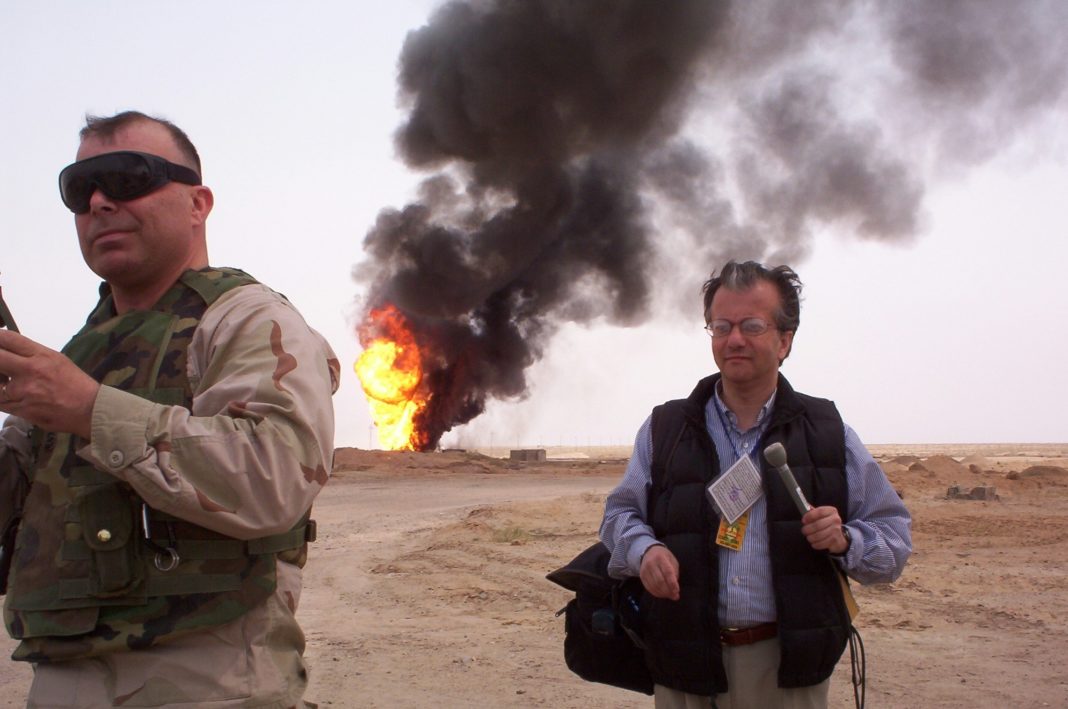 I am a city boy. Call that a curse or a blessing. But I also want to have my cake and eat it. I want the privilege of having a city life, but not necessarily share it with people I don’t want to be with.

Having worked as a journalist in some three dozen countries in as many decades, my professional life called for socializing, networking and gathering information, often when I did not particularly want to, but it was part of the job. But then, off the clock (is a reporter ever really off the clock?), I wanted to be able to go home, read a good book, perhaps with a glass of wine, and listen to the Three Tenors or something of the kind.

When coronavirus hit, I was teaching in a remote area in Central Asia. The city – more like a large village – is four-hours drive to the capital, high unemployment, low literacy rate and little industrial infrastructure to speak of. There are two medium-size supermarkets and one restaurant frequented by foreigners working and living there. Public transportation is limited to taxis and two trolley-bus lines.

It’s a live-in university, both for students and faculty. Most of my colleagues lived on campus and had a good socializing routine to keep each other company. But I had been put up off-campus at the university guest house. This enabled me to socialize with colleagues when I wanted, which, as some pointed out somewhat sarcastically, but also accurately, was not often.

Global Geneva is running regular opeds in our Agent Provocateur section plus well-written and compelling personal accounts on Covid-19. A reminder: we make our content free worldwide. If you like what we do, please support us.

When the news about the spreading virus first hit the university, I relied on two basic skills learned from my years of journalism in crisis-ridden countries, such as Iraq, Afghanistan, Yemen, Liberia and South Sudan. And before I go any further, I should point out that none of what I am saying is a reflection on anybody else. I am simply recounting my own experiences and how they relate to my reaction to the coronavirus crisis.

First of all, something that you learn rather quickly – and as a matter of survival – in conflict zones is the ability to analyze information not only based on current data and circumstances but also in comparison to other crises. It’s a bit like assessing patterns. And then you react, fast! This is not a skill that simply comes to you. Well, maybe for some people. But I had to learn it, at a cost, and sometimes only after repeated experiences.

The first time I saw a dead body was in 1979. At the time, I was barely 19 years old. I had travelled to the frontlines from Tehran during the Iran-Iraq war on a government-organized press trip. Whether the Iraqi forces had got the wind of reporters visiting the front, or just a matter of (un)luck, we ran into a barrage of Iraqi artillery fire the moment we got there.

A soldier not too far ahead of was killed on the spot. I don’t know why, but I instinctively found myself running towards him. I knew that he was dead. I also cannot say what I had imagined I would do once I reached him. Perhaps it was simply reporter’s instinct. But as soon as I started running forward, another far more experienced reporter from behind pulled me back. I can’t remember what he said except that he was screaming at me. Basically, something like: “Are you stupid, what if they continue shelling?”

Fast forward four years. Beirut, 1983. Israel had invaded Lebanon the previous year and expelled fighters and leadership of the Palestine Liberation Organization chairman Yasser Arafat. But various Lebanese militiamen were still fighting each other. One of the combat hotspots was a dilapidated building called Burj Mur. I cannot remember how many floors it had, but there must have been lose to thirty. My colleague, a cool and extremely competent journalist with many more years of experience than me, and I decided to check out the building. We climbed the stairs to the top, panting. I was well ahead of him, but when I got the roof, I saw another dead body and foolishly ran out. This is something you don’t forget. It must have been there for a couple of days because it had turned completely purple. As before, my boss reprimanded me for stepping outside without considering that there might be snipers. There was still shooting going on across the street.

Evaluate your surroundings – and then move fast

Of course, I had been an idiot, but yet it is hard to explain why I had acted in that manner. Nevertheless, these basic lessons served me well years later when I covered the Gulf Wars, the Palestinian uprising or intifada in 1987 and the western invasion of Iraq in 2003.

The lessons learned? Evaluate your surroundings as quickly as possible and make a quick decision. Is gunfire getting too close? Is a protesting mob about to turn nasty, perhaps even targeting you rather than the well-armed police with their batons and tear gas?

In Central Asia with Covid-19 getting worse by the day across the globe, my instincts told me to move quickly. There was still a window of opportunity to leave, perhaps only a couple of days, and I needed to take it. As soon as the university decided to close its premises and allow us to leave, I made a run for it. Neither the university not the town had any emergency plans that I could feel confident in. I figured that the situation would only worsen quickly and that the borders would shut very soon. I needed to get out. Flights were already being cancelled and travel back home was being restricted by the hour.

Back home in France, I live in a beautiful but secluded rural area, It is a small village that officially has 80 residents, though I don’t think I have seen more than 30-40. Of course now, I see almost no one. Like many other French hamlets, residents are a mix of French –in my case mostly elderly – and foreigners. We have a church and a chateau but you have to drive 10 minutes to a bigger village to get any shopping done.

Here, I have applied my second lesson from the past for dealing with the new “coronavirus era,” replete with social distancing and self-imposed isolation. Some people need constant or continuous social environment. They need to interact with others to remain “sane”. For me, the isolation and serenity means I can still go out for walks and jogging without being stopped by the police! And not worry about violating social distancing!

I can also go back to my own independent routine of often working at home as a journalist. I am quite happy to spend hours on my own working at the computer. I have written two fiction novels and a third one is now on my screen. I venture outside for an hour a day for a solitary walk or jog, or I exercise at home. Many people are only now just learning how to cope and learn those skills. Skyping of video conferencing with close friends is just fine with me.

My advice to my students, but also anyone else who is going stir-crazy with boredom? Establish a routine that works for you. Be productive, limit your ambition as to how much you want to achieve in a day, and diversify your activities. Changing attention makes your brain work differently. That helps you cope better. But most important of all, don’t become a “couch potato”. That’s a sure recipe for anxiety and depression. It will also lower your immune system, and make you far more susceptible to illness – something no one needs in these hard times.

Peyman is an American journalist and writer, who has also served as a UN communications officer. He is now with a university faculty and author of two current affairs fictions: The Age of Intolerance and The Misfit Radical.