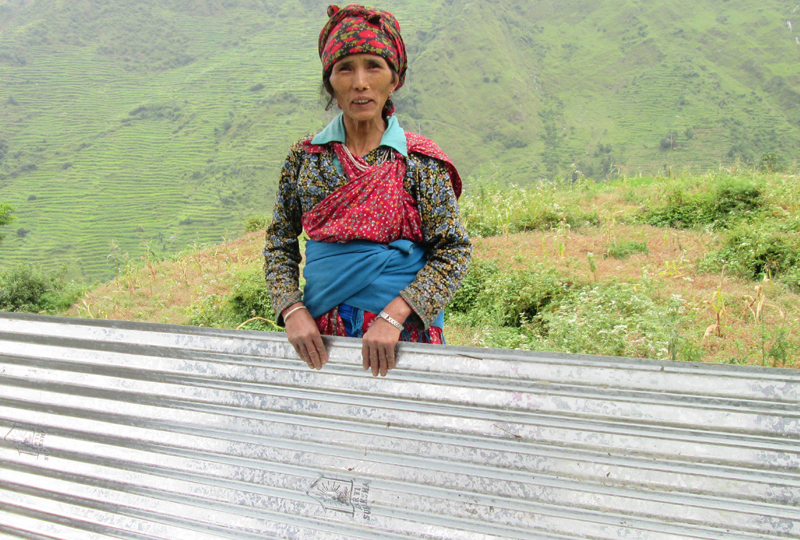 At the age of 35, I have decided to move with my family to Nepal. This means starting a new life in a region that initially inspired me to decide to work with those living in the poorest parts of the rural Himalayas. While an enormous personal decision, this move is also possibly the easiest in my life. First, it means that my wife, who is Nepalese-born of Tibetan background, is able to move back to her native land. But it also means that my two Swiss-born children, aged 6 and 3, will have a chance to know the country which has so shaped the lives of their parents.

Ever since arriving in the Himalayas as a back-packing student from Switzerland nearly two decades ago, I have lived and breathed the culture of Nepal and Tibet. I was taking a gap year before returning to study Sanskrit and Asian Studies at Lausanne University. What struck me was the richness and sheer energy of the culture; I was mesmerised by the constant joy of these people who managed with so few material possessions.

This first visit to Nepal changed my view of the world. I became inspired to tackle poverty and social injustice. Like any young person, I wanted to make a difference. I just needed to learn how. Eight years later, I did precisely that. As a Buddhist, I had travelled already extensively throughout the Himalayas, mainly in Tibet. It was also where I met my wife. Together with a group of friends, all enthusiastic about the region, we were approached to help with two projects. One was to build a school in Tibet and the other to support a group of nuns in Nepal. We set up an NGO and chose the name Norlha, which means ‘Providence’ in Tibetan.

During the decade that followed, we established several schools and supported four health clinics. We also launched environment projects designed to turn litter, a veritable curse caused by the indiscriminate strewing of garbage, into a business opportunity for local people. But we then decided to concentrate on one of the country’s most basic needs: food. There was no shortage of NGOs seeking to help children, schools and health, but few dealing with food security.

The path we chose was to help parents feed their families but also benefit from the enormous opportunities that could emerge: better health, cash crops, money for schooling and the means to invest in tools and seeds. We chose plastic houses so that they could grow vegetables at higher altitudes, plus introduced more resilient breeds of sheep and goats.

Given Norlha’s emphasis on sustainable projects, we created self-help cooperatives enabling villagers to improve their skills and develop businesses such as sauce- and jam-making. To date, we have built over 200 greenhouses supporting thousands of people in Nepal and Tibet and China, and more recently Bhutan, where we have launched an environmental project.

Last year, I found myself in Nepal visiting one of our projects. I met Januka Kumari Gurung, a female member of the Sunaulo farming group, which we had helped set up in Rasuwa District in northern Nepal. Given that so many men have to leave the countryside to work in cities or abroad, such as the Gulf countries, women are often left alone to cope with farm and family. Some 70 per cent of farmers are now women, so we have been increasingly developing projects focused on their needs. This includes literacy and numeracy classes to help them become more independent and business savvy as small producers. More recently, as part of our equality training, we have tackled social barriers, which often hold women back.

Such approaches are already changing the way people think. According to Januka, our education courses have made her feel more considered, more respected. “My opinion is taken into account by my husband, my in-laws and neighbours as a person in my own right,” she told me. This never happened before. Januka now controls the family purse strings and is saving for her children’s education.

For me, it is incredibly moving to hear these women, who are proud to be playing an active role. Following the 2015 earthquake, Norlha helped set up disaster prevention committees in the villages and we made sure women were involved. This year we created a new initiative, also in Rasuwa District, specifically targeting wives whose husbands are away. We will teach them how to manage remittances, invest money and start small businesses. We are also developing a Centre for Women in the Himalayas, a platform to exchange ideas with experts and each other, to share what we have gleaned over the years. However, for our support to have any long-term benefit, it is crucial to make such experience available as widely as possible. This is the only way rural development can succeed properly.

Looking back, I still find it hard to believe how much Norlha has grown; from a handful of friends to a team of 50 people working in Lausanne and our regional office in Kathmandu. When I finally leave Geneva in January, I will not be turning my back on the organization that I have led and which, in return, has led me. I will continue to advise, notably in Kathmandu, where I will no longer be a well-meaning visitor but a part of the social fabric. Furthermore, all of us, whether the people of the Himalayas or Switzerland, who have given so much of their time and money to help Norlha, have all learned something. Personally, I have been rewarded a thousand times over. This is particularly true when I hear stories such as Januka’s. Everything becomes both concrete and profound with an impact that will transcend generations.

Now my two children will have the chance to ‘bathe’ in the culture they do not really know and to spend time with their Nepalese grandparents. They will learn first hand what the Himalayas have brought to the world. Perhaps, too, they will understand why Norlha has taken so much of my life, a time, perhaps, which should have been theirs. I was never sure where this extraordinary adventure would lead me, or where it will now lead them.

Julien Bettler has been director of Norlha, a Lausanne-based NGO focusing on the Himalayan region, since 2010. www.norlha.org

Bosnia: A looming humanitarian crisis in the heart of Europe