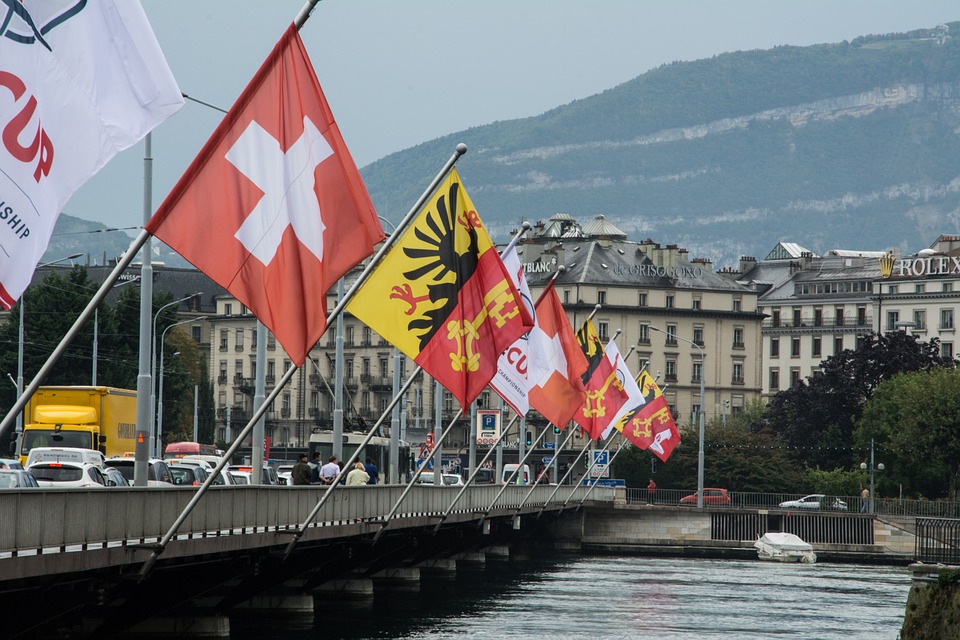 US President Donald Trump has rattled more cages in a fortnight than past presidents in 50 years. It will take some time for the impacts or even the meanings of his executive orders and blunt thoughts to become clear, but international Geneva is likely to be scorched. It would be imprudent optimism to suppose that ‘international Geneva’, based in neutral Switzerland, is too remote from Trump’s “America first” drives to discount gales from Washington.

Most of the radical changes he has outlined affect America’s domestic economy, which is where those who thrust him to power will hold him accountable for pledges filled or evaded. But there is enough in his early foreign policy moves to place Geneva at the center of serious apprehensions. Handling them will need wisdom from international Geneva leaders and the Swiss Confederation. Skills will have to be quickly practiced to tread on eggshells without getting egg on the face. Trump is like no other before him so new learning will be necessary.

Emerging challenges would be less problematic if Trump’s thoughts were aberrations. But that is not the case. He is fulfilling promises to voters who put him in power against all odds; and he has given repeated proof of single-minded devotion to doing what he pledged.
The situation is fluid and jumping to conclusions would be hasty. Some of his intentions might fall away because of institutional checks in the division of powers among legislators, executive and judiciary, held accountable by a free press. Some might waver because of the cooler heads of his Attorney General and Secretaries of State, Defense and Homeland Security. But international Geneva – and what it represents in the world – will still be affected.
Here’s why: Over the past century, international Geneva has built itself brick by brick into a people-centered heart of world affairs dedicated to upholding the human dignity of those caught between the anvils of big power politics and hammers of poverty, wars, humanitarian crises and other forms of distress.

Switzerland is a small country and Geneva is smaller still. So, it can do little more than add drops to the turbulent seas of international rivalries, wars, labor conflicts and health traumas. Yet, those judicious drops have had outsized impacts. The most consequential include treaties on world trade and legally-binding Conventions on war, refugees and human migration. Housed in Geneva, they are proud achievements both for the international community and Switzerland. It’s rise – Geneva’s mayor recently described the lake region’s Lyons-Geneva-Turin axis as the heart of Europe – as a beehive of related civil society activities on global scale is another feather in the cap.

Geneva has carefully built a global hub for international trade laws framed under the General Agreement on Tariffs and Trade and the successor World Trade Organization (WTO). It is now a renowned propagator of more open borders for world trade, including harmonized regulations on red tape, intellectual property protections and environmental norms. Trump has hit at the cores of both sets of treaties. The Convention on refugees is punctured by his controversial executive order of January 27, 2017, entitled “Protection of The Nation from Foreign Terrorist Entry into The United States”. Legally challenged and now temporarily withdrawn, it sought to bar Syrian refugees indefinitely as well as halt all refugee resettlement in the U.S. for 120 days as the administration reviews its vetting process. It also imposed a 90-day ban on people from seven Muslim-majority countries: Iran, Iraq, Syria, Yemen, Libya, Sudan and Somalia.

German Chancellor Angela Merkel put it best in her first phone call with Trump on January 28, 2017. “The Geneva refugee convention requires the international community to take in war refugees on humanitarian grounds. All signatory states are obligated to do so,” her spokesperson Steffen Seibert reported.

On February 4, 2017, the State Department led by new Secretary Rex Tillerson reversed an earlier cancellation of about 60,000 valid US visas given to people from the restricted countries. But the future will remain unclear especially for refugees until final measures are framed after the 90 and 120-day pauses. The current block on Trump’s executive order stems from a ruling by a Federal Judge and is a tribute to America’s system of checks and balances written into the Constitution.

The Washington Post’s respected Chief Correspondent Dan Balz sees more rage in US politics. “Trump’s presidency has done more than polarize the country; it has established terms of battle likely to persist indefinitely,” he wrote on January 31, 2017.

Yet, it may be unwise for foreigners to read too much into the divisive current squabbles among the Trump White House, other parts of the system of national governance and protestors on streets. Tempers and passions are high for the moment putting caps on thoughtful discourse. Despite high-decibel diatribes in the US, on February 3, 2017 the conservative-leaning pollster Rasmussen, found that 54 percent of US voters approved of the job Trump is doing while about 46 percent disapproved.
Hopefully, clarity will emerge in a few months and Trump’s foreign detractors might find that he is not the 140-character Twitter agitator they judge him to be. They might concede that he is magnifying a valid malaise defused through America’s heartlands and long-overdue for non-judgmental hearing. Europeans may have to recognize that to a limited degree he heralds similar malaise in every member of the European Union.

Trump’s blunt rejections of multilateral trade agreements as “terrible” and inimical to American interests are sending shivers down many spines. Especially since the US and EU fought for decades to envelop the entire world, including Russia and China, into law-based frameworks of give-and-take in international commerce and investment. The system broke out hundreds of millions from dire poverty and brought prosperity, innovation, social welfare and financial integration unprecedented in history. It helped to underpin the longest peace and prosperity-sharing among European powers in millennia. The WTO is a bulwark of the trade laws and norms that helped to secure those gains.

Now, Trump’s words are driving stakes through the heart of the WTO-backed trade system. The terrain is still foggy but he seems to prefer reneging on existing multilateral agreements to conclude new bilateral deals with each country separately. That would include each member of the EU bloc of nations, and members of trade groupings in Asia, Latin America and Africa.

A $16 trillion economy and unspent corporate funds estimated at $2 trillion to $5 trillion buttress Trump’s hard-bitten negotiators. They would take other countries, including Germany, France, Japan and Russia, to the cleaners in one-on-one negotiations. Even China may be left on crutches.

The outlook is different now. It has moved far beyond scoring points about multilateral vs regional trade agreements. Reliance solely on bilateral trade accords would unravel the multilateral WTO system. The potential administrative and legal difficulties are breathtaking, compounding the disarrays of Britain and EU as they writhe in Brexit to untangle trade ties. Economic chaos may be unavoidable, plunging the global economy, including the US, into repeated recessions or prolonged depression. The consequences for job losses and social upheavals world-wide and wars are too nightmarish to contemplate if the multilateral system is crippled.
However, Trump’s bilateral dreams may never come true especially if the EU and China take over leadership of the multilateral system. Putting America first in Trump’s manner might just shove Americans to nowhere in an autarky decaying in its walled citadel. But the multilateral system would no longer be a robust catalyst of global wealth and rising living standards without America’s full throated support as in the past. The US economy is just too rich, inventive and productive for the rest of the world to do without. So, international Geneva, among others, will have to find ways to work with Trump without breaking eggshells.

The White House has also warned of 40 percent cuts to UN and other funding, including UNICEF and multilateral aid. International Geneva will surely feel heat if other donors do not fill the shortfalls, since it houses most of the UN’s specialized agencies and development and humanitarian aid offices. The UN human rights and refugee services might find new fetters around their ankles.
Still, it would be prejudice at this early stage to underestimate Trump’s sense of responsibility towards families around the world as he starts on his quest to put American families first. His primary responsibility is to his voters but that need not mean he will throw all others under the bus; or could even if he so wished. All stakeholders, including the US, would lose from trade, financial and economic battles with the Trump administration. So, a little help for him to do right by everyone may not go amiss. Diplomats will face some of their toughest challenges in decades.

And, yes, some of the onus for preventing avalanches will fall upon diplomats, officials and business leaders in international Geneva and Switzerland. A tall order for a small place used to quiet? Not necessarily. Geneva has always been the forge where contenders meet to beat verbal swords into hardened plowshares. Its weathered Alpine sinews are used to gales.

Brij is a columnist based at the United Nations in Geneva.