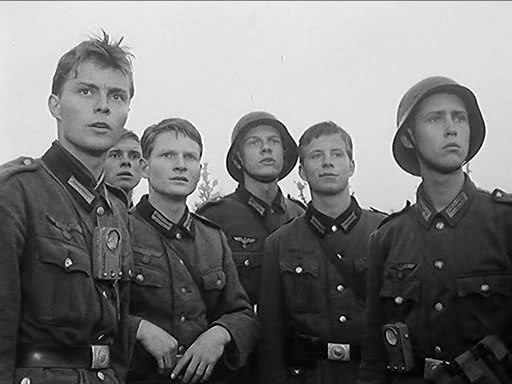 While critics may deride the British government’s surge into exiting the European Union as an act of self-mutilation and disregard for economic opportunity, there is an even more sinister prospect that is largely ignored. Brexit severely undermines the EU Project – with all its faults – as one of the world’s most imaginative unifying initiatives since the creation of the United States in 1776. It also threatens the most peaceful period we have known since the end of World War II. Ironically, many migrants and refugees wish to come to Europe precisely because of the peace and opportunities that it represents.

Michael Heseltine, the 84-year-old British conservative politician who grew up during WWII, recently pointed out that the proponents of Brexit have completely failed to grasp any form of historical perspective in their decision to leave. Nor have they taken into account the reasons behind the creation of the EU in the first place. This is not the sort of thing that Prime Minister Theresa May – England’s modern-day Chamberlain – and other Brexiteers wish to hear. But it is a context that is perilous to ignore, not just for the UK, but for Europe and the rest of the world. It is also one that younger generations may have to pay for dearly in the decades to come; and not just financially.

For an European-American baby-boomer born well after the end of the war, my memory of what happened was initially based on what I gleaned from my parents or my own experiences living as a teenager in different parts of Europe. I spent two years in Cologne and recall walking to my junior high school, the Schiller Gymnasium, past the rubble of buildings and empty bomb sites. I also remember listening to one of my German teachers, who, at the age of 18, had been sent to Stalingrad. He only survived because he had been wounded and was one of the few to be evacuated. Or the time when the fire brigade evacuated our art class because one pupil had made a multi-painted sculpture out of live shells discovered in his back garden.

The mea-culpa of Germany’s new post-war democracy during the 1960s and 70s embarked on a massive public awareness campaign to show young Germans through film discussions, such as Die Brücke (The Bridge – a 1959 film about young German recruits during the final days of the war pointlessly killed defending a bridge against advancing US troops) about what happens when demagogues recount lies and politicians fail to assume their responsibilities. Later, while at boarding school in England, the ‘War’ was omnipresent given that Bristol, too, had its bomb sites from the Blitz. Of course, part of the UK conversation at the time was told through the eyes of the victor, but there were many – even those who hated Germans – who felt that somehow, we need to create a new society which not only offers a better and more equal life, but provides the basis for a peaceful future.

Economic and political stability is crucial for peace

As a journalist who has covered wars ranging from Angola to Afghanistan, one is struck by how often such conflicts are started by the arrogance if not ignorance of politicians who care more about themselves than their people. And that to avoid wars one needs to do everything possible to ensure peace and security by providing economic and political stability where no one is left out. But such approaches take real vision and courage.

This was brought home to me when, as a young foreign correspondent in Paris during the late 1970s, I was offered a Journalists in Europe (JE) Fellowship by the Centre de Formation de Journalistes (CFJ) headed by homme extraordinaire, former French resistance fighter Philippe Viannay. Funded by various foundations and EU governments, the JE invited 25 journalists every year from all over the world to report on Europe for nine months.

During my selection interview, I found myself facing 15 men and women in their 60s and 70s. Almost all were former European resistance fighters, such as Jean Marin (later head of Agence France Presse), Gerald Mansell (head of the BBC’s External Services and Churchill’s liaison with the Free French), Hubert Beuve-Mery (founder of Le Monde), German broadcaster Klaus von Bismarck (President of the Goethe Institute, who, as a highly decorated Wehrmacht officer refused Hitler’s orders to execute captured Soviet officers); Liliane Thorn-Petit (a renowned journalist and activist and wife of the Luxembourg Prime Minister); and Jacques Chaban-Delmas (former resistance leader and French Prime Minister).

Understanding the cost of war and the need for European unity

There was also Viannay, who, in his early 20s, had been editor of Defense de la France, a liberation newspaper which they would toss out of black Citroens at the feet of Nazi occupiers on the Champs Elysée. At the end of WWII, among numerous initiatives that he set up, Viannay, a contagiously enthusiastic man of ideas, founded the now world-famous Les Glénans sailing association, plus he was a key figure for saving the Normandy D-Day beaches as part of France’s cultural and historic heritage. As with so many former resistance fighters, who fully understood the cost of war, he was an ardent pro-European. Interlinked with this was also the need to create internationally-oriented institutions such as the United Nations.

The amazing thing about these individuals is that, despite some having fought bitterly against each other as Allies and Germans, they realized already before the war was over, that the only way to ensure peace in Europe was some form of unity. Clearly, the British, French and other European politicians in the 1930s had failed so dismally with their ineptitude that, had there been an EU, we might not have had World War II. In August, 1945, Viannay and others from both sides, created the Franco-German Friendship Society, in many ways a precursor of the EU. For me, these were true leaders with foresight and valour  – something they had earned at the risk of their lives.

The contrast between these exceptional individuals and those who have decided that Europe is not worth it, is night and day. I am not British. Nor am I an EU citizen. Yet I have witnessed enough conflicts, including their aftermath which can drag on for decades, to realize that even if the EU is an un-finished project with much improvement, even drastic overhaul, needed, it is the best thing we have got to ensure enduring peace and prosperity.

The United States of America originally consisted of 13 colonies which did not particularly like each other but grasped that union was probably their best option. Today, 238 years later, the US Project is still far from perfect. It also had to suffer a brutal civil war to assert the stated ideals of its Founding Fathers. And even though still afflicted by the constant push and pull of sovereignty issues, the American experiment continues.

The European Project may take another 60 years to become what many would like it to be, but with everyone involved, regardless of cultural background, and at all levels of society. By bagging out, Britain is reneging on the very values that so many fought – and died for – during World War II. In their quest to return to an imaginary trade Empire of the past, England’s Brexiteers are demonstrating remarkable small-mindedness and hubris. Such attitudes as well as disdain threaten to erode the relative stability and economic well-being that so many of us enjoy today – and which certainly did not exist during the 19th and much of the 20th centuries.

Global Geneva editor Edward Girardet is a dual Swiss-American national born in New York. He has been based in Europe most of his life.