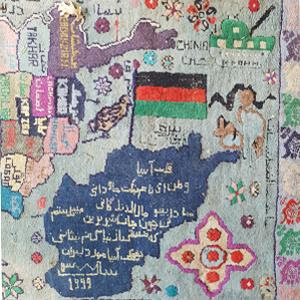 The following column by contributing editor, journalist and author Mort Rosenblum is from his regular comment The MortReport.

WILD OLIVES, France — Whether on battlefields or in backwoods Provence, reality bites up close. “Over the horizon,” America’s catchphrase du jour, smacks of the over-the-rainbow fantasia that little Dorothy imagined on a bad day in Kansas. Red shoes won’t save us.

Timeless groves here face new pests and pestilence, and so do the struggling families who live among them. Olives and people have fed one another around here since Romans built an empire meant to last. This is not breaking news, but it is heartbreaking.

During six decades of reporting, I’ve found the proverbial cup is always part full and part empty. What counts is whether it is being replenished or drained. Because boundless human ingenuity is so seldom matched with human empathy, we are fast nearing the dregs.

In truth, today is glorious. I feel like that New Yorker cartoon guy who ignores a flower-flecked hillside meadow and mutters that the world is crap. Yet CNN drones on in the background, and the Afghan rug by my desk is a map of warring provinces with a tank motif.

Global Insights Magazine with our non-profit association Global Geneva Group make this content available for free worldwide in the public interest. If you like our approach to independent journalism and writing, then please join us as a support member or contribute. (MEMBER AND DONATE LINK).

Climate collapse and runaway pandemics demand a cohesive global response. Yet reaction to the Afghanistan debacle suggests that America is too wrapped up in itself and misguided by partisan truth-twisting to be of much help. What we don’t know is killing us.

Firsthand facts and ground truth matter less these days when journalists can cover news the way modern armies prefer to fight wars — from a safe distance over the horizon. With new technology, they can get things wrong at the speed of light.

The new tools help. From a distance, smart reporters sensed something suspicious about the Aug. 29 drone strike that killed an aid worker and nine others, including young kids playing around his car. Without leaving their desks, they revealed an accidental tragedy. But still.

A young New York Times tech-equipped sleuth asserts that new methods allow her team to expose travesties that would otherwise go unnoticed. Not really. Reporters on the spot cover “collateral damage” and add in crucial elements about its impact. If they are there.

Soon after 9/11, I found a man collapsed in grief by a gaping hole near the Kabul airport. His little daughter had been playing there when an American bomb fell short of its target. He knew why foreigners had come, and he accepted God’s will.

As the years wore on, air raids that hit schools, clinics and homes were blamed on America, not Allah. A Guardian survey estimated between 1,300 and 8,000 civilian deaths just in the first three months after 9/11. It said other impacts of the invasion put the toll above 10,000.

The Bureau of Investigative Journalism in London, in a careful report based on hard evidence, says between 300 and 909 non-combatants were killed from the air since 2004. Airwars, also in Britain, estimated 29,000 deaths to NATO action in Afghanistan. Unless journalists or aid workers forced scrutiny, the usual response was what Gen. Mark Milley initially said about that wrongly targeted Hellfire missile: “It was a righteous strike.”

“The U.S. has a terrible record in this regard,” John Sifton of Human Rights Watch told the Times. After decades of failed accountability, he said, reform and outside oversight are vital.

This is where we go so wrong. At a moving Sept. 11 memorial, tearful families recalled loved ones lost to Islamist zealots. Yet so many Americans are oblivious to pain felt by countless Afghans, Iraqis and others who suffered their own losses during the 20 years that followed.

The point is not symmetry or sympathy. Victims of 9/11 were targeted. But families of non-combatants killed in error make their own judgments. Seething hatreds swell terrorist ranks and build bitter enmities among people who see Americans as bullying hypocrites.

Today, America’s newsgathering system is tailor-made for cynical manipulators bent on misleading people who only skim its surface. Much of it is excellent, in fact, but even within the same organizations the weakest points overshadow the strongest.

The truth about Afghanistan is indisputable: Donald Trump’s self-serving capitulation triggered the collapse. He cut Afghan leaders out of negotiations, forced them to free 5,000 prisoners, including Taliban commanders who rejoined the ranks, and refused visas to people America had put in grave danger. All NATO troops would be gone by May. Yet Biden’s popularity plummeted. He assumed responsibility, as presidents with integrity do, but that drone was targeted by someone in the Middle East far down the chain of command. Now Trump stands a better chance of infesting the White House again.

The drone story, reported from a distance, dominated the news for days on end. To Republicans, it was Biden’s Benghazi. Many Democrats and independents began to wonder if Old Joe was up to the job. Correspondents on the spot could have put the tragic mistake into context. Shit happens in war, which is why Biden has wanted to leave Afghanistan since 2009. But the stay-at-home kibitzer corps set the tone.

On CNN, which calls itself the world’s main source of news, I watched Wolf Blitzer interview a Republican congressman after a crucial hearing. He nodded like a ventriloquist dummy as the man excoriated Biden’s abject surrender and a chaotic evacuation that was America’s worst humiliation ever. If only Trump were still in command.

We need to step back and see why jagged pieces of a mosaic — Afghanistan, climate, plundered nature, deadly pathogens, authoritarian takeovers, overweening greed and all the rest — fit together in a pattern that ought to scare the crap out of us all.

Americans who view the world in over-the-horizon generality fail to see how seven billion other people impact directly on them. When Del Rio, Texas, shut its border and penned in migrants, TV networks were all over the story — and they missed it.

One reporter marveled to a border agent about hundreds confined under a bridge. “Thousands,” he corrected her. So far. At least 280 million people are on the move across the world, many undocumented. The total is projected to surpass 400 million by 2050.

Journalists interviewed local authorities about America’s “border crisis.” Cameras panned migrants in misery, but hardly anyone talked to them. A third of them, Haitians, gambled their lives to trek through Mexico after a volcano, earthquakes, storms, corrupt government and neglect by a rich northern neighbor left them no choice. Gov. Greg Abbott weighed in: “The Biden administration is in complete disarray and is handling the border crisis as badly as the evacuation from Afghanistan.” And who couldn’t trust a former Texas Supreme Court justice to shoot straight?

Central Americans fled north after Ronald Reagan armed “freedom fighters” — military officers who tortured and killed suspected leftists, then ran corrupt dictatorships. Trump’s response was to cut aid. When that sent more families on the road, he shut the border. If “the Democrats” are letting everyone in, as Trump alleges, why the backlog? In fact, Biden is pressing Central America leaders to ease repression. More magistrates in better facilities now screen asylum seekers in line with the Geneva Convention. Others are sent back.

Americans have only a year before elections to take these endgame crises seriously. That requires a hard look at self-serving legislators who swear on a bible to serve all citizens.

Take Rep. Joe Wilson of South Carolina, the guy who shouted, “You lie!”, at Barack Obama during a State of the Union speech. He took office a month after 9/11, giving him 20 years to absorb Afghan realities. In a recent hearing, he stumbled over a prepared text like a fourth-grader in a remedial reading class with nonsense and non-sequiturs, 180 degrees off truth.

In an earlier time, news organizations prized credibility across the board, supervised by editors who understood they were judged by their overall standards. If hardly perfect, they at least culled the inept and clueless from their ranks. These days, not so much.

BBC skunked CNN in Afghanistan, but Nic Robertson, an old hand at covering the war, toured wood-and-wire prisoner cells at Bagram where Americans interrogated captured Taliban fighters. The lasting impact, he concluded, is “individual trauma, collective anger and, from what we’ve been told, an unpaid score to settle with America.”

My old source in Provence, Emiliano the olive tree, takes a long view; it was a seedling when Leonardo da Vinci lived down the road 500 years ago. By then, Afghans had survived Alexander the Great, Genghis Khan and Tamerlane, among others. Emiliano was a near-goner when I bought an abandoned ruin in the 1980s. A backhoe had knocked it over, leaving its roots in the air. Replanted, it came roaring back. Now it languishes again, befuddled by new weather and assaulted by the dreaded dacus — olive fly.

Georges Devaye, my neighbor whose paysan roots run three generations deep, has watched the change for nearly 80 years. Those underground springs that Marcel Pagnol immortalized are running dry. Wells pump air from diminishing aquifers. “I fear this will be desert-like southern Spain within 50 years,” he told me.

Georges might be talking about temperate zones anywhere. As urban areas choke up, the nouveau-riche build lavish rural homes that squander water, crowd forests, cement over catchment areas and pollute groundwater. But there is more. The Mediterranean suggests what awaits other regions that try to protect frontiers with fences and armed patrols. Refugees and migrants pile into tiny craft, which often capsize in rough seas. Yet with nothing left to lose, they keep on coming over the horizon.

Global Geneva contributing editor Mort Rosenblum is a renowned American journalist, editor and author currently based in France and Tucson, Arizona. He has travelled and reported the world more years than he can remember. His regular column, The MortReport, is available online and by email. Also see Mort’s most recent book: Saving the World from Trump.