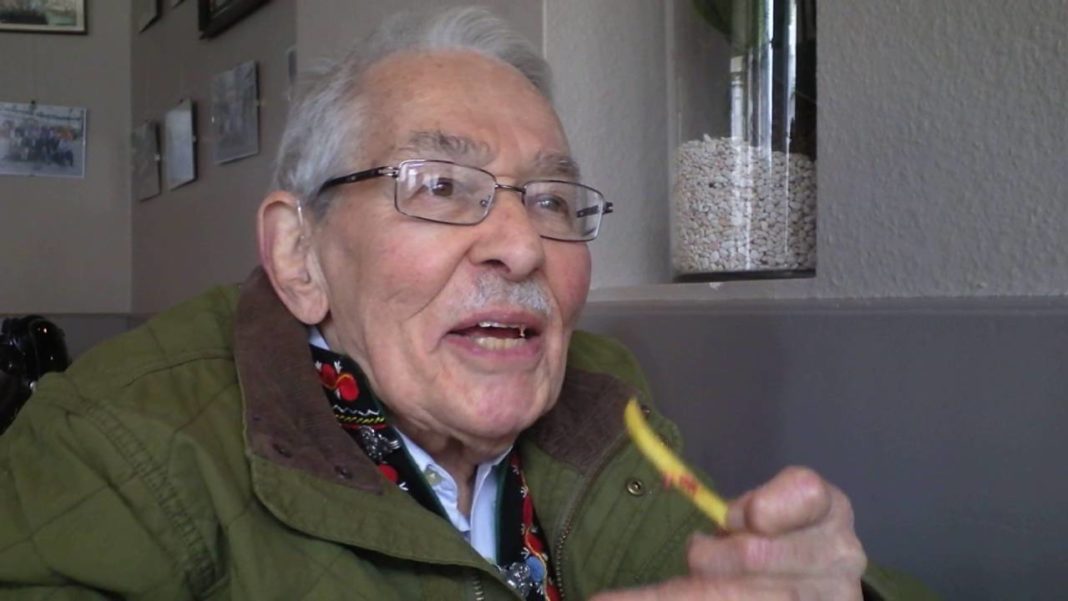 Many PR bureaucrats in the United Nations and even NGOs could not understand why or how Paul was so phenomenally successful as an information officer. All they knew was that he seemed uncontrollable. So they tried to stop him. And often failed, because he usually had the backing of their bosses. It made him a lot of enemies over the years. But that didn’t bother him. In fact, he often seemed to relish it, as anyone who heard his stories of their unbelievable incompetence was vividly and hilariously aware.

Why he achieved so much, so regularly, was easy to explain. He saw his job as providing information, not propaganda. And information that would tempt a working journalist to write about his organization.

At the same time, as a former TIME magazine correspondent, based in the south of France for almost 30 years, he realized that good reporters don’t need you to write their story for them. But they do like an entertaining read.

So his press releases were sprinkled with puns, surprising anecdotes, clever quotes – and often, the organization’s director (his boss) would not appear in the story until page 2. As a result, among serious journalists he rated almost unanimously as top notch as well as a notorious punster.

Those who jump off a bridge in Paris are in Seine…

A man’s home is his castle, in a manor of speaking.

Dijon vu – the same mustard as before.

Shotgun wedding – A case of wife or death.

A man needs a mistress just to break the monogamy.

A hangover is the wrath of grapes.

Dancing cheek-to-cheek is really a form of floor play.

When Paul came to pass on his tips and reminiscences in a chapter of his memoirs (Shaggy Dog Tales), he entitled it – of course – Flackery Will Get You Nowhere. It’s what he believed. Once your audience starts dropping your press releases into the wastepaper basket unread, you’ve lost the battle for their attention.

How he managed to score so highly in the competitive field of United Nations promotional literature was that he worked hard to find out what reporters wanted to know and then delivered it to them. Not for him the practice of writing a press release and then distributing it to all and sundry. He would visit his network of interested journalists and encourage them to ask questions. He estimated at one time that his carefully managed press list for stories had some 800 journalists, and he knew well at least 400 of them.

He was also careful to follow up afterwards and find out whether you published the story or why not.

For busy journalists this was sometimes a bother. The sight of Paul with a press release in his hand meant you had to look at it and deal with it immediately. Or risk someone elsewhere beating you to it, and that could mean the New York Times or International Herald Tribune. Which was likely to bring a news editor down on your neck for failing to file a ‘matcher’.

An example for UN chiefs and press attachés

But once he recognized you as part of the ‘real news’ fraternity/sorority, you were guaranteed a flow of stories you wanted to write, and if you left journalism, he would talk you up in his organization to get you freelance writing or editing jobs – as he did for so many, including myself. In my case, he even found me my wife.

“The majority of UN officials and press attachés, with whom I have worked in half a dozen UN agencies and organizations on every continent, believe in speaking frankly to journalists,” he said, and he praised the Executive Director of the United Nations Environment Programme (UNEP), Dr. Mostafa K. Tolba, the architect of the innovative ozone layer convention, for correcting without anger Paul’s press release that contained several factual errors. “You journalists often make mistakes,” Tolba said. “We scientists are supposed to catch them.” The former Egyptian Minister also made no objection to appearing well down in a story on the Mediterranean. “You’re a journalist. I’m a micro-biologist,” Tolba told Paul on their first meeting. “You do it your way.”

Does the name Pavlov ring a bell?

Condoms should be used on every conceivable occasion

When two egotists meet, it’s an I for an I.

A bicycle can’t stand on its own because it is two tired.

In democracy, your vote counts. In feudalism, your count votes.

She was engaged to a boyfriend with a wooden leg but broke it off.

A chicken crossing the road is poultry in motion.

If you don’t pay your exorcist, You get repossessed

The historian Steven Englund, a former colleague, said of Paul: “What makes a good newspaperman? Very simple: it requires clear prose, felicitous metaphors (but not too damned many), complete integrity, and a passionate commitment to the truth. Just that. No wonder there are so few good ones.”

“Paul Ress is a good newspaperman,” he wrote when Paul published Shaggy Dog Tales in 2006. “He was a reporter for half a dozen publications in Paris and on the Riviera for almost 30 years, half of those for TIME Magazine. I met him in 1971 when I was a PhD student and a fledgling journalist. He taught me a lot about honest, readable journalism. He was a stickler for precise English, although he suffered, or made his friends suffer, from an addiction to punning. Indeed, if Paul does anything better than reporting, it is friendship.”

How to mix quality journalism with official public outreach

Even in his late 70s Paul showed his continued brilliance at giving the press what they want. I was hired by a U.N. organization (no names here to spare the officials’ blushes) to put together informational news articles for a big bash in Brussels. Paul immediately latched onto one of those backgrounders: in a poor North African country a British-born woman engineer and entrepreneur, with a loan from France, was trying to promote a business supplying camels’ milk and cheese for people in the industrial nations who were lactose intolerant.

The trouble was the European Union only had regulations covering dairy products and these were designed to prevent problems with cow’s milk. So Tiviski, her brand, was blocked from its most likely market.

Now that was a story: drama, tension, conflict and hope. Too bad if the EU came out of the story looking rather stupid. He had cultivated (though that’s the wrong term, since Paul never buttered up journalists to promote a story) a reporter on the International Herald-Tribune. Come the opening day of the conference, the camel’s milk story was on the Herald-Tribune front page.

In the international bureaucracy world that gave it overwhelming importance. Virtually every professional from Geneva to Brussels would be reading that article at the start of their day.

But the big boss wasn’t pleased. He thought it was going to get him into trouble with the conference organizers. He gave instructions that Paul was not to talk to any more journalists at this economics talk fest, where reporters were running around in their scores looking for something unusual to write about.

With trepidation the boss reported going into the conference hall, expecting a dressing down for stealing the thunder of the organizers. Instead, he was met by a top official who said: “How did you do it? We’ve been trying to get into the Herald-Tribune for years! Anywhere in the paper.”

By the end of the day, the boss was organizing press conferences and interviews for anyone who wanted. My favourite headline, one that would appeal to Paul, came later: “When the EU got cheesy about camels” on the all-Africa web site.

Just to complete the camel’s milk story, the Netherlands opened up its first camel dairy farm in 2006.  Try googling EU camel’s milk to see all those offers among the 3.7 million responses. But it took the EU Commission till 2010 to start screening milk and send out an EU panel to the United Arab Emirates, but it declined to give import permits before 2013 citing concerns about disease and EU import controls. The UAE now has two “Camelicious” farms. In 2013 German and Moroccan entrepreneurs announced plans to export Vitamol milk to the EU that year. Today you can even buy camel’s milk at Asda. And Mauritania’s Tiviski is served in Glasgow at the Willow Tea Rooms.

With her marriage, she got a new name and a dress.

The man who fell into an upholstery machine is fully recovered.

You feel stuck with your debt if you can’t budge it.

Local Area Network in Australia – the LAN down under.

Every calendar’s days are numbered.

A lot of money is tainted – Taint yours and taint mine.

A boiled egg in the morning is hard to beat.

He had a photographic memory that was never developed.

A midget fortune-teller who escapes from prison is a small medium at large.

Acupuncture is a jab well done.

Global Geneva co-editor Peter Hulm, a close friend of Paul Ress, has worked as a journalist and media specialist for many years in Switzerland. He is currently holed up in Erschmatt, a mountain village overlooking the Rhone Valley in Switzerland’s Canton of Valais. He spends much of his time reading, writing, editing, listening to music and walking the dogs.