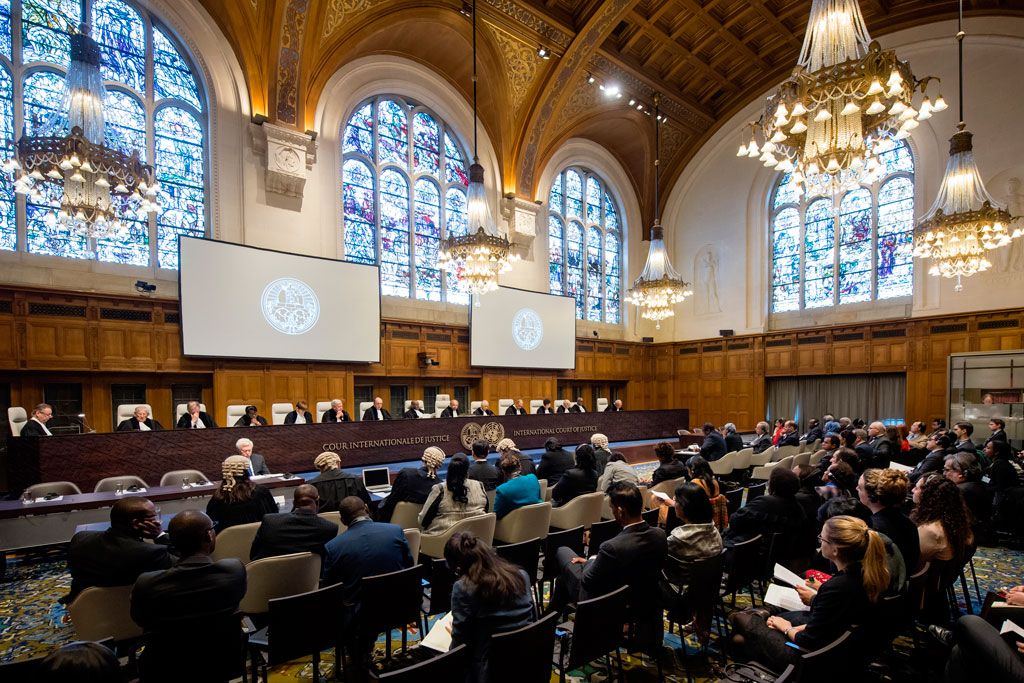 This is the second part of the Ivory Coast photo essay by award-winning American photographer Mike DuBose. Part I is published here. 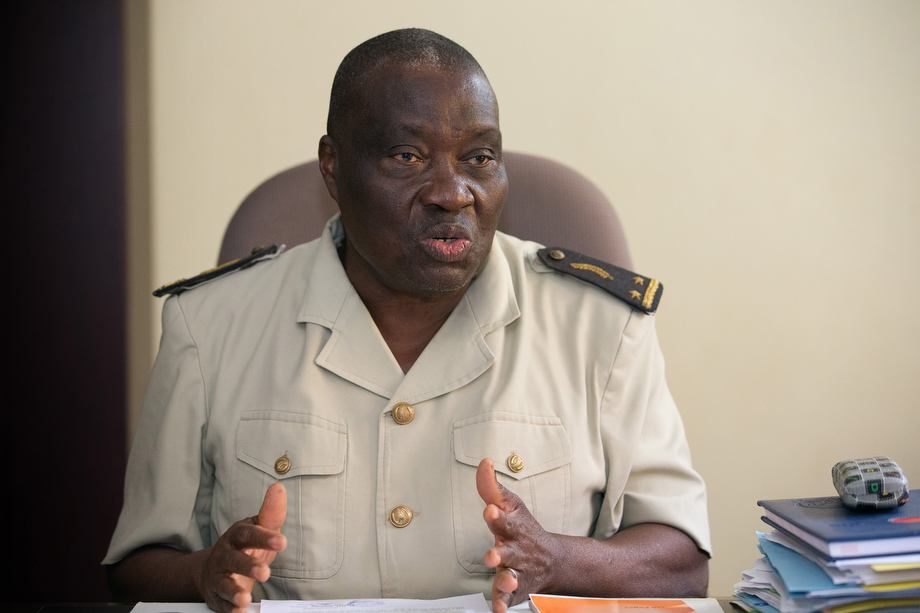 Victor Diby Gnangbi is secretary general of Man Prefecture and a United Methodist lay preacher. “We have been frightened by the sickness of Ebola,” he said. 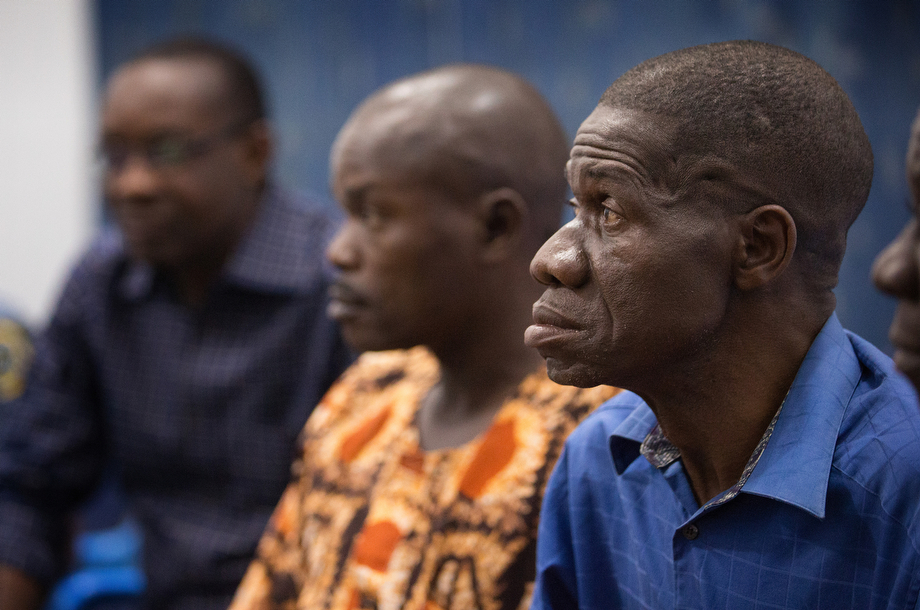 Health workers watch a video presentation about preventing the spread of Ebola in Man. 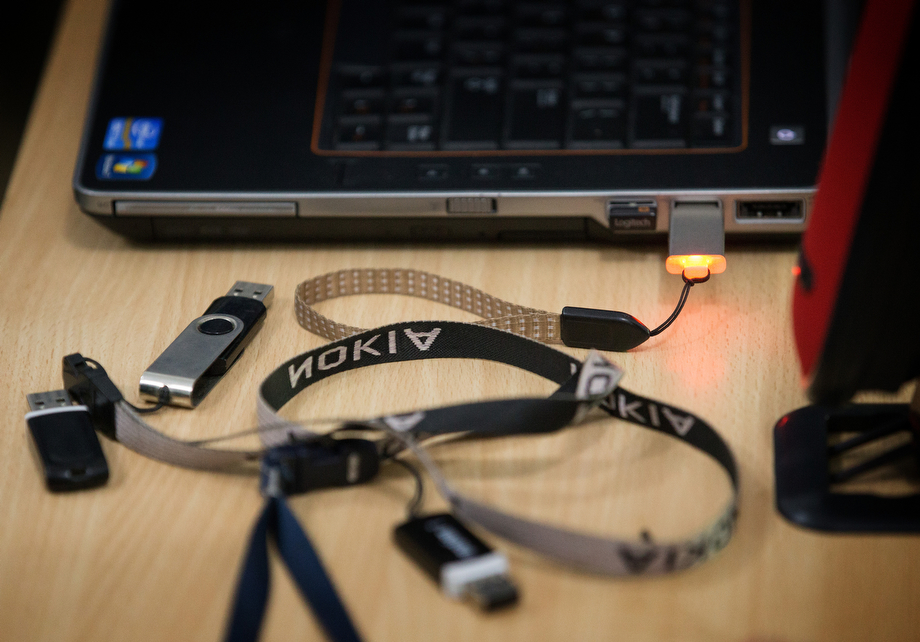 Computer memory sticks belonging to health workers are gathered to receive copies of a video presentation about preventing the spread of Ebola in Man. 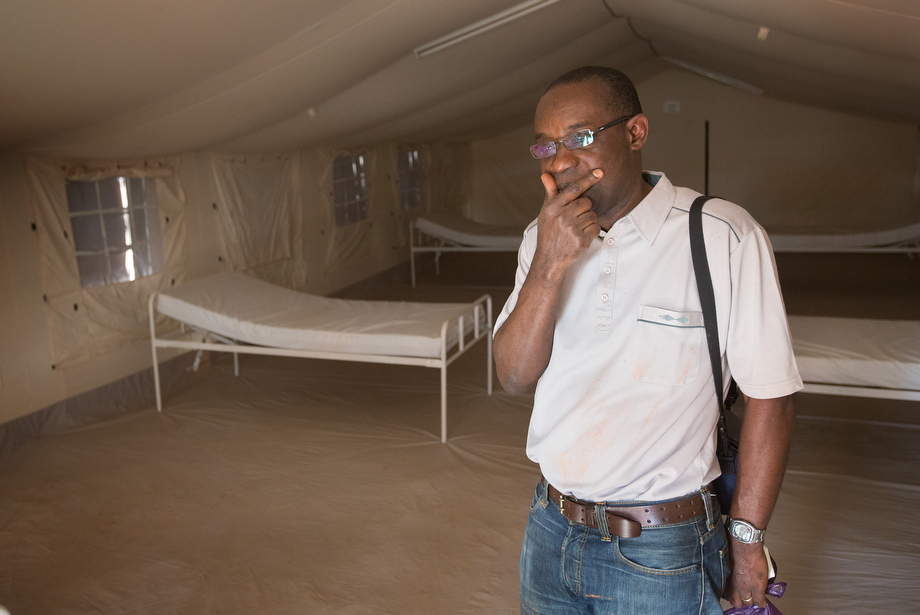 Dr. Simplice Adouko knows the threat of an Ebola outbreak is real in the border area between Côte d’Ivoire, Guinea and Liberia. Adouko, who normally works with HIV-AIDS patients, is standing in a a temporary Ebola containment and treatment center in Man. 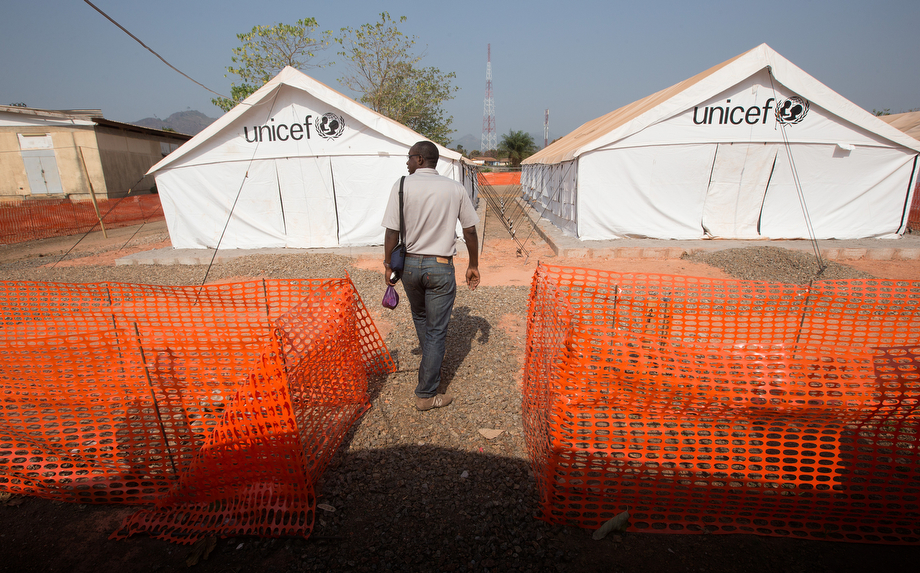 Dr. Simplice Adouko checks on the readiness of an isolation camp established in Man to receive any potential patients with Ebola. 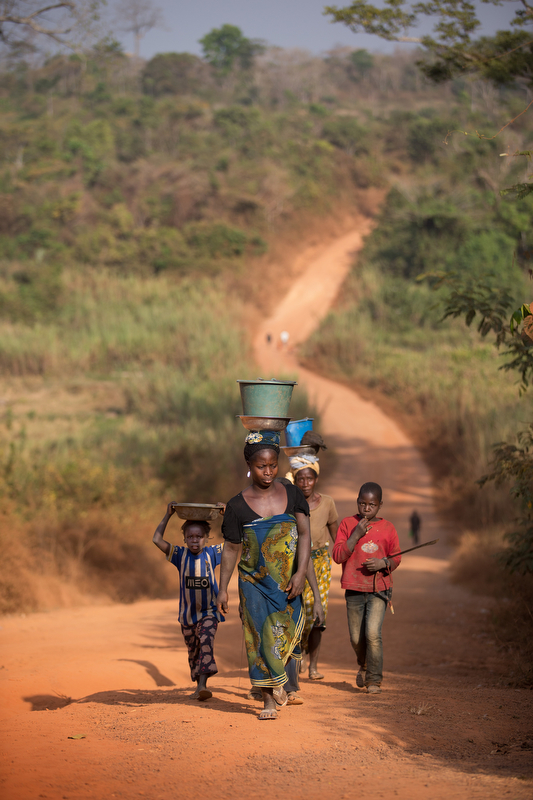 A family makes its way along the road outside Sipilou, near the border with Guinea. 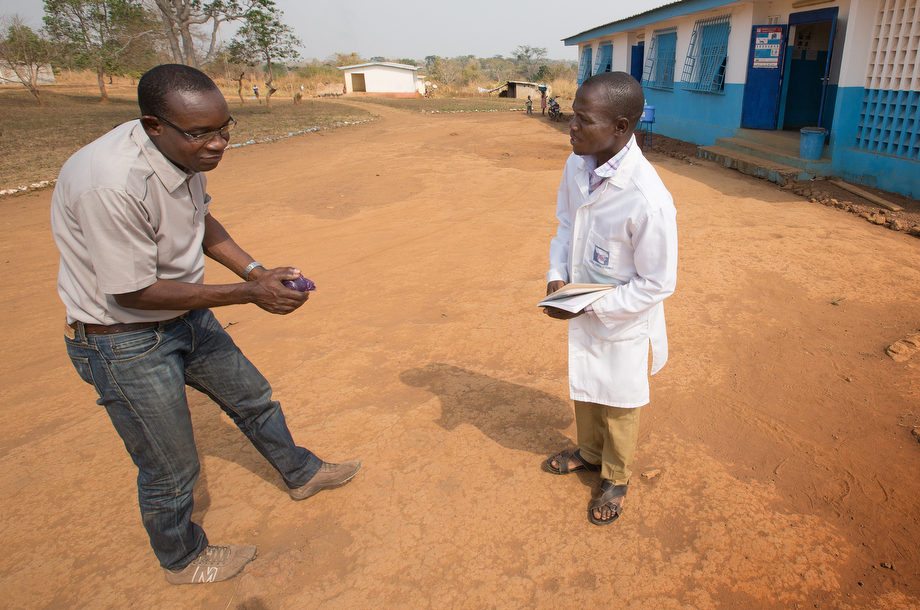 Dr. Simplice Adouko (left) bows in greeting to nurse Joelin Gba Nica at the Centre de Santé Urbain hospital in Sipilou, Côte d’Ivoire, along the border with Guinea. Polite bows have replaced handshakes in much of Côte d’Ivoire at the urging of health officials concerned about possible spread of the Ebola virus. 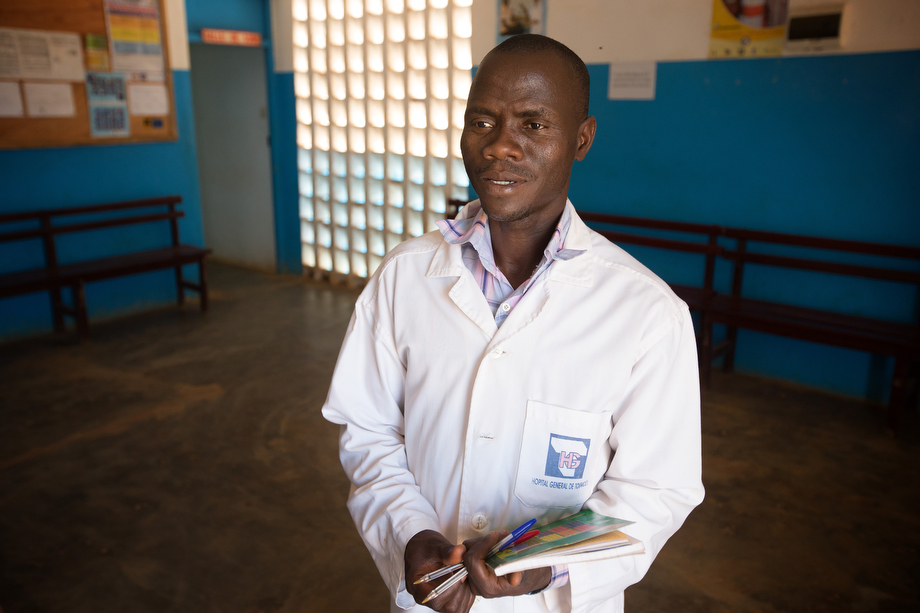 Joelin Gba Nica is a nurse at the Centre de Santé Urbain hospital in Sipilou, Côte d’Ivoire, along the border with Guinea. “We were seriously afraid when the first [Ebola] cases were reported but things are better because it seems the world, the United States, is aware of what is happening here so we don’t feel alone,” he said.