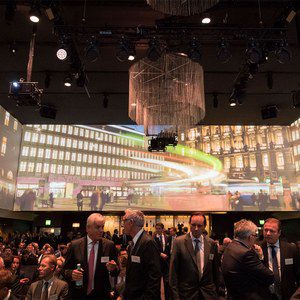 IN JUNE 2015, MARCELO ODEBRECHT, THE CEO OF NORBERTO ODEBRECHT and the man in command of one of the world’s largest construction companies, was arrested in Brazil.

The next day more than 60 fraud alerts were issued and dozens of Swiss banks filed urgent reports. By law, Swiss banks are obliged to disclose any wrongdoing by their clients, and even suspicious transfers of money. With a major Latin American player facing disgrace, no institution wanted to be seen as being complicit. More important, they wanted to avoid the perception that they had accepted questionable money and turned a blind eye to massive corruption for decades.

Both Swiss and Brazilian investigators claimed that Odebrecht had created a comprehensive system, designed to organize the payment of bribes. This was also allegedly coupled with the illegal financing of Latin American political systems. The funds were reportedly moved through secret bank accounts in Geneva, Zurich and Lugano.

Altogether, Swiss authorities blocked more than one thousand accounts related to “Car Wash Operations” in Brazil with ripple effects throughout the continent. (The scandal is known as car wash because of its similarity to the way in which such businesses in Brazil can be used to launder criminal money). Forty-two Alpine banks were involved and $1.1 billion were frozen. That was more than the confiscations during the Arab Spring from the combined fortunes of Mubarak, Ben Ali and Gaddafi.

Almost immediately, Latin American countries began desperately attempting to repatriate lost funds to their own struggling national accounts. While investigators sought to track down the money trail, the attorneys-general explored how purportedly democratic systems were being financed through offshore companies and secret accounts using sophisticated computer systems to hide the payments by issuing thousands of fake receipts and contracts.

If Brazil’s political drama took centre stage by investi gating and indicting more than 200 suspects, it was by no means the only scene of financial skullduggery. Odebrecht had secretly financed presidential campaigns in nine other countries and spent more than $788 million to buy influence throughout Latin America. In many cases, the money was not intended to not only enrich politicians, but also to purchase votes and publicity as well as to pay for communications strategies and support. Odebrecht had become involved in virtually every aspect of Latin America’s modern democratic political campaigns.

In exchange for financing distorted electoral processes, Odebrecht and other companies were rewarded with more than one hundred public contracts issued by the same people these companies had helped into power Ironically, the return on their initial investments was guaranteed with the money of those same tax payers who actually voted for the corrupt candidates.

And the deal was worth it. Documents obtained by Americas Quarterly, the official journal of the American Studies AssocIation, from the Attorney-General’s Office of Switzerland, claim that for every dollar spent on bribing politicians, Odebrecht secured a return of four dollars in contracts. Switzerland is now actively cooperating with authorities in Brazil, Ecuador, Peru and Panama, as well as providing information to the U.S. Department of Justice relating to other investigations in Venezuela.

Stateside, the indictment procedure at the Department of Justice in Washington points to a similar pattern. “Between 2001 and 2016, Odebrecht allegedly conspired to make hundreds of millions of dollars in payments to foreign officials, foreign political parties and foreign political candidates to secure an improper advantage and to influence them in order to obtain and retain business in various countries around the world,” it claims.

Some observers say that the investigation in Switzerland raises numerous questions about the consolidation of democracy in Latin America. In Peru, for example, authorities requested judicial cooperation from Bern in light of the suspicion that $29 million were used illegally to assure the different campaigns of presidents Alejandre Toledo, Alan Garcia and Ollanta Humala. “Odebrecht realized benefits of more than $143 million as a result of these corrupt payments,” maintain US authorities.

In January, 2017, Ecuador sent a mission to Bern to request the cooperation of attorney-general Michael Lauber regarding accounts used by Odebrecht to bribe local officials. The Swiss authorities have now identified payments to relatives of former president Ricardo Martinelli and bribes of up to $59 million. In the Dominican Republic, president Danilo Medina is also facing questions about alleged payments, while Colombia investigates possible illegal money infusions into the presidential campaign of President Juan Manuel Santos.

In December last year, as part of a plea agreement, Odebrecht admitted to having committed criminal acts. He agreed to pay more than $3 billion in fines to the U.S., Swiss and Brazilian authorities. Despite this settlement, the case is far from closed. While the political tsunami unfolds, there are still concerns as to how such a complex financial scheme was possible, especially in light of the latest controls established by Swiss banks to avoid money laundering and corruption in the wake of the 2008 economic crisis.

Various U.S. documents report that “transactions were layered through multiple levels of offshore entities and bank accounts throughout the world, often transferring the illicit funds through up to four levels of offshore bank accounts before reaching the final recipient”. Investigators note that, by doing this, “members of the conspiracy sought to distance the origin of the funds from the final beneficiaries.”

The Swiss authorities claim Odebrecht’s operations were carried out with a “high degree of professionalism” that involved hiding a computer server in Geneva to register unrecorded funds and payments by the company to Latin American politicians. A “Division of Structured Operations” was created to organize the massive payments of bribes as part of a totally secure and secret internet communication channel, they say.

The crisis obliged the Swiss Financial Supervisory Authority (FINMA), the government’s oversight body for financial regulation, to open investigations against 25 financial institutions regarding their role in the Car Wash Operations. Most of them have been cleared, with only three banks obliged to undergo significant scrutiny. Their cases are still pending and the agency admits that, two years on, it still has no idea when a decision will be taken, if ever.

Operators of this allegedly large-scale industrial approach to bribery, tell a different story. They claim that at least some of the Swiss banks were fully aware of the scheme, but never questioned it. In one plea bargain agreement, the former director of Petrobras, Pedro Paulo Barusco, confessed that he possessed more than ten Swiss accounts with different banks worth $61 million.

DID THEY, OR DIDN’T THEY KNOW: WHO’S TO BLAME?

According to investigators, former Odebrecht executive Fernando Miggliaccio has identified PKB in Lugano as one of the banks used by the company. One of the account managers supposedly had access to the clandestine internet server set up by the construction company and would exchange messages updating transfers and payments done on behalf of Odebrecht.

According to Miggliaccio, the construction giant was never directly linked to the secret accounts at PKB, despite the knowledge of the manager-in-charge. PKB charged a 1.5 percent tax for each of the transfers. And the operator inside the bank responsible for administering the assets kept part of this fee for himself.

For its part, PKB claims that it has taken adequate measures against the rogue manager. It also maintains that it was the first to alert authorities on Odebrecht’s suspicious transactions.

In other banks, managers allegedly knew that the secret accounts registered under the names of offshore companies were in reality operated by Odebrecht. When the sand castle collapsed, Miggliaccio said that these banks had marked the name of the construction company by hand on internal documents relating to the accounts in to avoid facing questions by regulators.

Laptops confiscated in Brazil also show how Marcelo Odebrecht held meetings with his Swiss account managers. While searching for data on one of Odebrecht’s mobiles, the police discovered that a Geneva-based bank manager had had regular contact with the Brazilian businessman since 2010. One of these meetings was held on 24 http://Geneva – a key International financial centre. (Photo: Geneva tourismMarch, 2014, seven days after the Car Wash operations exploded in Brazil.

On 14 November, 2014, Odebrecht registered a message on his phone with clear information. “Lunch with (Swiss banker – name removed for legal reasons). Place Hotel Beau Rivage”, referring to the Geneva luxury hotel that overlooks the lake. Miggliaccio mentioned the banker in his plea bargain agreement as someone “close to the family (Odebrecht).” According to the documents, the former Brazilian executive says that the name of the construction enterprise was never mentioned in the accounts maintained by the bank.
Instead, offshore companies were created solely to handle the funds. It was only in 2015, with arrests being made in Brazil on a weekly basis, that the bank obliged Odebrecht to recognize in internal files that it was a beneficiary of the secret accounts.

Marcelo Odebrecht is in jail today. Miggliaccio still faces trial and dozens of politicians around Latin America are under investigation. But official files from June 2017 kept in the business registry of the Canton of Geneva identified the Swiss banker in question as still being one of the bank’s directors.

Refusing to comment on the specific situation, the bank (which we are not naming for legal reasons) declined to provide an explanation when asked about his conduct. “In line with our policy, we do not comment ongoing legal investigations, particularly when names of persons are at stake. If requested or where appropriate, we would of course comply with our legal duties towards the competent authorities,” the bank says.

SWISS BANKS CRACKING DOWN, BUT HOW SERIOUSLY?

Internally, however, many financial institutions have ordered their managers to reinforce controls over new requests for money transfers from Latin America. Over the past twelve months, account holders also have been invited by Swiss banks to declare their assets. At the same time, bankers visiting clients in Brazil, Peru or elsewhere in the hemisphere are taking extra care, flying with no documents related to their institutions and account holders and with fake business cards pretending to work in other sectors of the economy.

Meanwhile, the U.N. announced that its independent expert on foreign debt and human rights, Juan Pablo Bohoslavsky, would visit Switzerland to examine efforts by the country to curb illicit financial flows, such as tax evasion, money laundering and corruption. The aim, he is quoted as saying, is to identify good practices and whether additional controls need to be implemented. 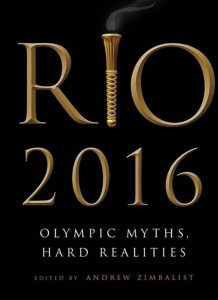 Jamil Chade is an author and Geneva-based foreign correspondent for Il Folho de Sao Paulo. His latest book is Rio2016: Olympic Myths and Hard Realities (Brookings Institute Press, September 2017) of which is co-author.