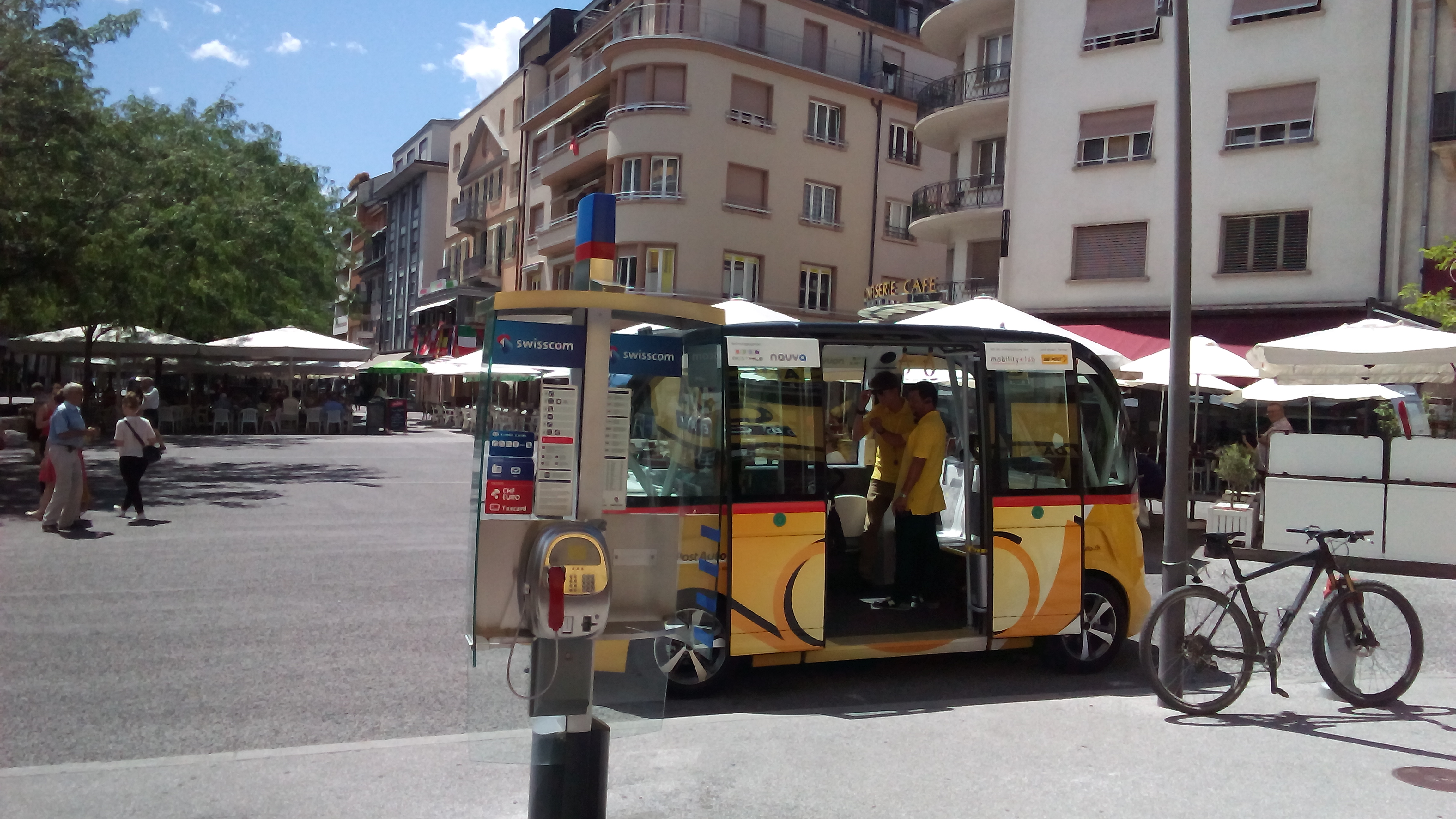 The experimental SmartShuttle service is due to continue until the end of October. The utilitarian argument has been to take heavily-laden shoppers and pensioners 1.5km through the pedestrian streets to conventional bus stops on the edge of the city centre.

But PostBus and the authorities are already considering an extension to explore other options such as a bus “on demand” function.

I took a ride one week after the service started and it seemed already to have become part of Sion’s normal life with a mixture of tourists and locals, young and old folk, shoppers and business folk hopping on and off (see http://lenews.ch/2016/06/30/driverless-buses-let-loose-on-the-streets-of-swiss-alpine-town/). PostBus said its SmartShuttle passengers (69 per half day) included “several thousand who have come especially from other parts of Switzerland and from abroad”. Passengers’ reactions were “for the most part, very positive once they have arrived at their destination,” PostBus added.

The two 11-seater yellow electric vehicles built by the French company Navya with a top speed of 20kmh, in fact drove at an average of 6 km/h. My trip around town lasted 40 minutes with lots of stops for pedestrian and delivery traffic.

The buses run only in the afternoon and not every day. My recommendation would be Friday. Do the Sion market in the morning, lunch, and take the Smartshuttle for a ride when it starts at 3 pm. Two Fridays a month (e.g. 7 and 21 July) you can take a guided tour at 6.30-8 pm for CHF15 (in English on demand).

The SmartShuttles “have attracted the attention of numerous companies, both at home and abroad, as well as numerous public institutions – in particular municipalities and associations – interested in testing this technology in situ,” PostBus says. As a result, another 20,000 passengers travelled on the minibuses at exhibitions abroad during the year. In all, the shuttles were in operation for 312 days and covered more than 4,500 km. The bus was also tried out with success at the United Nation’s Palais des Nations to shuttle delegates to and fro during the recent World Health Assembly.

Both minibuses were taken off the road for two weeks after an accident at the end of the day on 21 September. One of them hit a delivery van when the SmartShuttle’s sensor failed to recognize the van’s protuding tailgate. 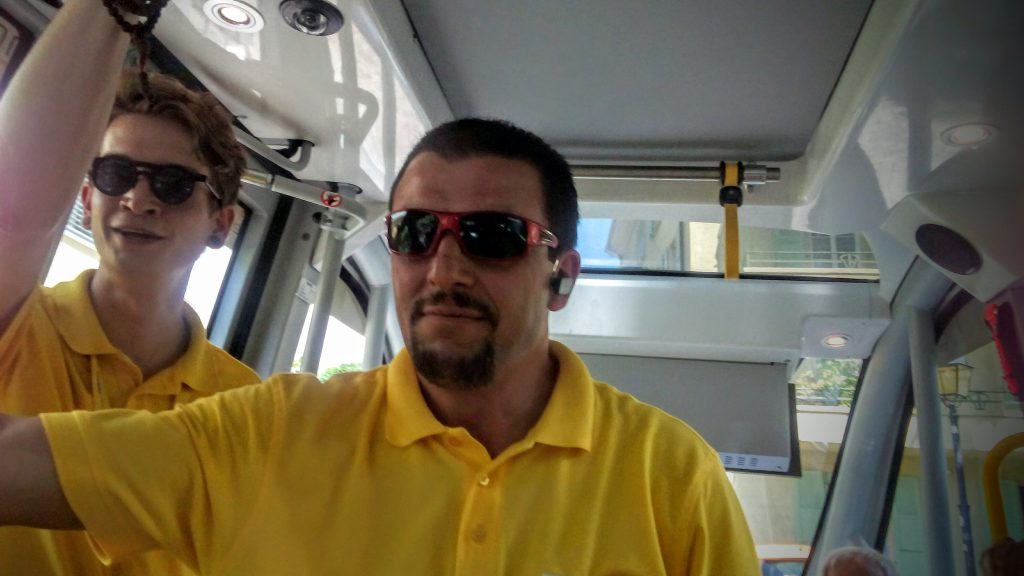 All the buses have an attendant who can override the controls, but on this occasion he failed to spot the danger and only intervened when the bus stopped. Both vehicles suffered minor damage but no-one was hurt.

In the software, the 3D memory system that serves as a navigational map for the shuttle has been adjusted several times, PostBus notes: “The attendants keep a precise journal and record any necessary interventions they make,” PostBus reports. “From time to time, they need to avoid obstacles such as badly parked vehicles in manual mode. These are the main causes of interventions, accounting for 80 per cent of the cases.”

The fleet management software developer is BestMile in Lausanne and researchers at the Federal Politechnic EPFL are testing and improving the algorithms that control the automated shuttle fleet.

Peter Hulm is a contributing editor based in Switzerland’s Valais region.