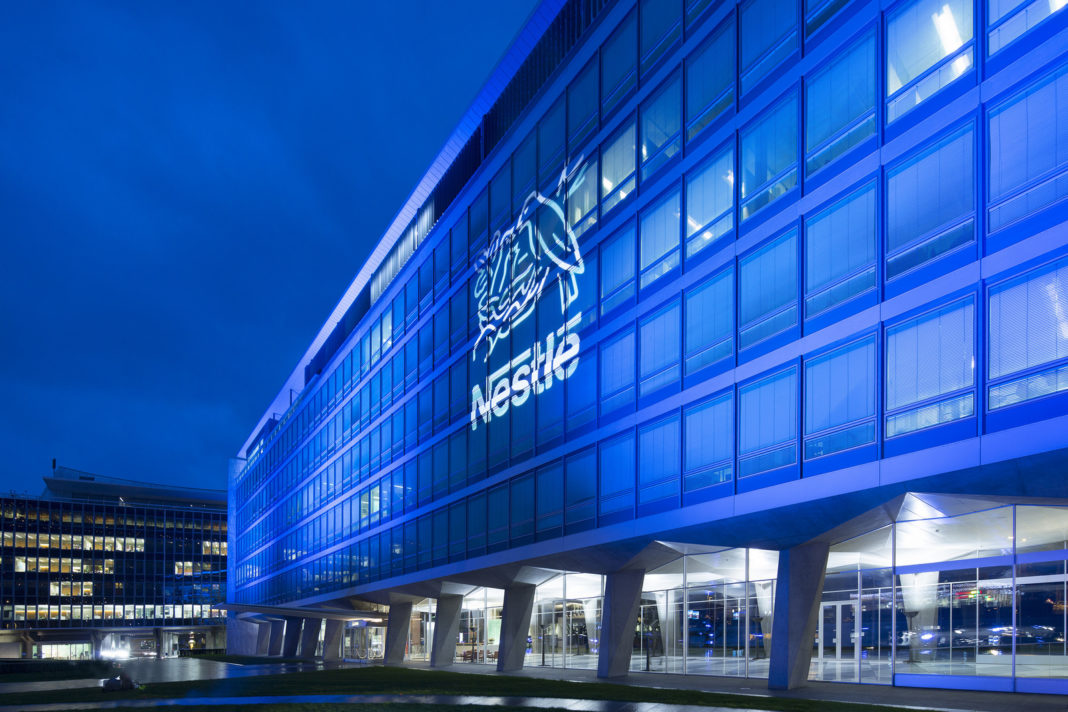 Foremost is Nestlé. With final arguments submitted on 28 February 2018, the Vevey-based multinational has found itself accused of neglecting food safety by a former senior executive, Dr Yasmine Motarjemi. Against all odds, Motarjemi, a triple Swiss, Swedish and Iranian national, the ex-assistant vice-president and corporate food safety manager, has taken the company to task with allegations of retaliation as well as psychological and moral harassment for alerting her bosses to serious food safety issues, which was part of her job. The court has recently given its judgement: she suffered harassment but the company was exonerated because she was offered other posts (though these moved her out of control over customer safety: see Update below).

From December 2015 to May 2017, the court heard testimony from various specialists and witnesses, including six top Nestlé directors. All six reportedly towed the company line until one manager broke ranks. She testified to having participated in the organized ‘mobbing’ or persecution and harassment of Motarjemi by Nestlé and apologized for having succumbed to peer pressure.

At the root of this case was Motarjemi’s claim that mismanagement in food safety had ultimately contributed to incidents, such as E. coli O 157 in the United States in 2009 and melamine intoxication in China in 2008 resulting in the poisoning of some 300,000 infants, many of whom are believed to have died. She claims that Nestlé was in a position to prevent the incident but because of ongoing mismanagement in food safety, it failed to do so. Without avail, she sought to warn the company, exhausting all internal levels of management procedures. She states that based on her experience, the whistleblowing system required by the New York Stock Exchange for multinationals simply does not work in Nestlé. An internal investigation carried out by the management of Nestlé into her harassment allegations shows an outrageously flawed process, questioning the professional handling by management of such important issues.

Disregarding her alerts, the head of her own food safety department retaliated against Motarjemi and her efforts to make an ethical stand on food safety. For the Nestlé leadership, this was not what the public wished to – or should – hear. The company’s new German CEO Ulf Mark Schneider missed a unique opportunity, when Motarjemi proposed an informal review of values relating to the matter.(See her letter published online by Global Geneva to which Nestlé offered no response). Based on international transparency norms, corporate leadership is meant to assume responsibility on matters in the public interest. Whether such standards have been respected is now up to the Swiss court to declare.

The University of Geneva is also finding itself under fire for harassment – and questionable findings by an investigation. The campaign against harassment #UNIUNIE has been raging since December 2017 when the Swiss journal, Le Courrier, broke the story. Students accuse university rector Yves Flückiger of sexist behaviour. A specially appointed investigative committee by the Vice Rector rejected the claims, maintaining that there was no intention of harassment and sexism. However, in an interview, Remy Wyler, a professor of Labour Law at the University of Lausanne, says the jurisprudence is clear. It is not the intention that is determinant; it is the perception or feeling of the victim which is paramount. Ironically Remy Wyler is the same lawyer who defends Nestlé against Motarjemi. An open letter published on the Geneva Students Association website 24 April 2018, which pinpointed the failures of those handling the case, resulted in the resignation of the discredited Vice-Rector. The Rector, on the other hand, maintains that he still intends to stand for a second term.

A further case worth watching is Tariq Ramadan, a prominent Swiss-born Islamic scholar, who has been accused of rape by at least three women in France and one in Switzerland. Last January, the Oxford university professor and TV pundit was taken into custody by French police.

Despite rising concerns, Switzerland continues to procrastinate with its draft whistleblower law. It was referred back to the Federal Council for revision in May 2015, yet, so far, there are no signs of it re-emerging. Ad interim, the most venerable of Geneva’s international institutions, the International Labour Organization (ILO), whose slow and diligent standard setting since 1919 is often overlooked by the public, is in the process of rising to the #MeToo challenge. Its Assembly ending on 8 June approved steps for new regulations to establish enforcement and protection mechanisms against harassment and abuse of authority. These will be presented at the Assembly next year. One advantage of ILO’s unique tripartite approach – unlike many institutions, including the UN – is that business and unions as well as governments have equal voices in decisions. Hence it may produce an exemplary standard which is sorely needed.

The UN, for example, needs a serious prod to address the decade-long failure of the whistleblower protection (2006-2016) for its staff. Its new whistleblower policy introduced by the Secretary General at the beginning of 2017 got off to a bad start. Its first client, Emma Rielly of the Office for High Commissioner for Human Rights (UNHCHR) in Geneva, highlighted glaring negligence by the UN Ethics Office to properly apply its own standards to protect her under the new policy. More failures point to the fact that the UN needs a competent and independent mechanism not only to administer protection, but also to advise leadership not to dig itself into a hole.

Case in point: the achievements of UN Human Rights Chief Prince Zeid Ra’ad al Hussein were tainted with the high profile mis-management of various UN and international whistleblower protection cases, such as Miranda Brown (WIPO) and Anders Kompass (UNHCR). As the 70th anniversary of the Universal Declaration of Human Rights approaches, Zeid’s conclusion that that the human rights climate around the world is “appalling” should serve as food for thought for the next High Commissioner. So should Eleanor Roosevelt’s warning:

“Where, after all, do universal human rights begin? In small places, close to home…Such are the places where every man, woman, and child seeks equal justice, equal opportunity, equal dignity without discrimination. Unless these rights have meaning there, they have little meaning anywhere. Without concerted citizen action to uphold them close to home, we shall look in vain for progress in the larger world.”

Yasmine Motarjemi won her appeal against Nestlé in her lengthy whistleblowing case in Switzerland on 7 January 2020, it was announced. In a statement she responded: “My judicial battle continues, as I still have to fight on many fronts, including for my financial survival. However, I hope that this recent breakthrough will mark a turning point in my long struggle for ethical behavior, justice and respect for human rights.”

Geneva’s Le Courrier published a report on the findings of the court and Dr Motarjemi’s reaction on 28 February 2019 (in French).

See this otherwise moving, forthright and brave video statement by Prince Zeid Ra’ad al Hussein to the New York Times broadcast on 6 May 2019. His message: “Know and defend your rights and, crucially, the rights of others.”

Caroline Hunt-Matthes is an adjunct professor at Webster University Geneva Campus and Grenoble Business School. She is also a specialist researcher on whistleblowing as well as independent investigator in the field of sexual exploitation and abuse. She herself has been the target of the UN’s longest-running (15 years) retaliation case against a whistleblower which was resolved at the Palais des Nations Tribunal on 1 June 2018 with an apology and settlement.