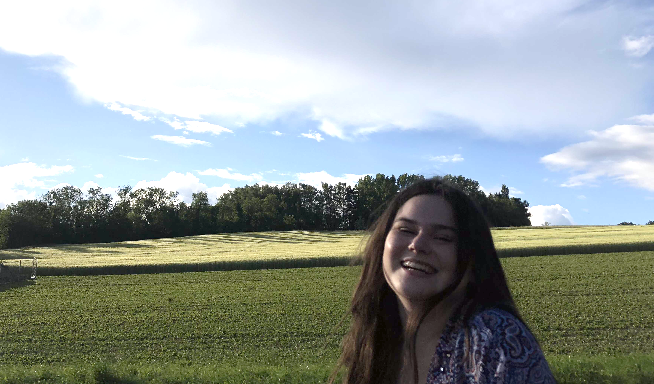 SCREAMS, THAT’S ALL SHE COULD HEAR. Gut-wrenching cries as her sister writhed on the stained table, the dirt encrusted blade approaching her tender flesh. Eshani felt a tear trickle down her cheek as she remembered the feeling of that cold intruder. Nasrin’s head swung wildly, the tendons in her neck taut, her fists clenching and her muscles straining as she tried to fight the crude restraints. Eshani could already see the red marks as the twine scraped against her sister’s skin.

She wanted to reach out, hold her hand but as she stepped forward Auntie Faduma shot her a warning look before stomping over, her heavy gut swinging, and sitting down on her sister’s chest. The table’s legs trembled at the additional weight, as did Nasrin’s arms.

Finally she looked upon the begging face. Wide eyes looked back, sources to the river of flowing tears, touching quivering lips, and she saw the fear. The pure terror that had inhabited her own features just a year ago. She knew it well, like she knew the pain and the shame. She also knew that her sister would survive, as she had. As if sensing her powerlessness, the wide eyes squeezed shut, the tense lines forming around them betraying the disappointment felt underneath. And as flesh was cut and thrown onto the ground with sickening squelches, a needle was held up, eager to sew.

Nasrin continued to bleed for days, her sheets, newly bloodied every morning. Eshani knew that something was wrong, but the elders said that it took time to heal and that her sister had needed more to be cut, to make sure her rebellious spirit remained contained. She never questioned them; they must be right. They tended to Nasrin every day, plastering dried leaves to her injured tissue and ripping them off every night. The nights were the worst. As Eshani attempted to sleep in the bed next to her sister, choruses of sobs and cries, often interjected by moans of pain as she moved her bound legs, echoed against the walls of their room. Eshani had offered to help her on numerous occasions but after her refusal to cut the ropes around Nasrin’s thighs, her sibling had only offered stoic silence as a response.

Tonight was different, Nasrin had been trembling all day and Eshani had heard her mother frantically whisper the words “fever” and “dehydration” to her grandmother although she didn’t understand the complex vocabulary at her young age.

Nasrin kept moving, pulling her blanket up only to remove it seconds later, her teeth violently chattering against each other all the while. “Eshani, help me.” was the feeble mumble that came from the bed. “Of course, what do you need?” the elder sister answered, jumping off her bed, eager to finally help. “I need to go to the bathroom.”

First, Eshani helped lift her sister’s upper body, a painful process. Then, together, they gently swung Nasrin’s bare legs to the edge of the bed, her bare feet barely touching the ice-cold floor. Eshani wrapped her sister’s hot arm around her shoulder and slowly, Nasrin stood. Warm drops fell on Eshani’s shoulder, the tears accompanying the weak cries of pain. Each step, each rub of thighs brought more until they finally arrived to the dirty cubicle. Slowly, her sister lowered herself onto the yellowed, chipped seat. As the slow trickle of urine began , Eshani could see the pain it caused reflected in her face, her sharp teeth digging so hard into her delicate lips that a small drop of blood appeared, mingling with the stream of salty water that already ran down her round cheeks. She looked away. When she was finished, they lifted her off the seat and proceeded, slower than before, towards the bed. As they marched forward, Eshani felt her sister’s tense body beginning to shake against hers. It became more violent as they advanced and soon a thick, warm liquid fell onto her feet and the tang of metal filled the air. She looked down to find stark scarlet drops. She noticed the rivulet of red seeping down her sister’s trembling leg and horrified, glanced up to her sibling’s beautiful face, her hair soaked in sweat, in time to see her brown eyes roll back into her head as she collapsed to the stone ground.

“This happens to the impure and unfit, you know this, Halima” my grandmother told my mother’s sobbing form, as she hunched over my sister’s cold, dead body. The elders said that it was Nasrin’s fault, that she had resisted too much, hadn’t accepted the leaves they generously offered, had failed to become the woman she needed to be for her community. Hearing these vicious words about her kind-hearted sister, brought for the first time true anger into Eshani’s heart. It mounted within her, slowly turning into fury as she woke every day alone in her room and slept fitfully every night, accompanied only by a deafening silence, missing her sister’s soft breathing. As she ate every meal without her sister’s joyful laughter and lived while her sister lay cold in the ground, forgotten and shamed, Eshina’s fury raged and consumed her.

It flickered and died as the years passed, as more girls were taken. As her five year old cousin was brought to that dust-filled room, as the dirt-encrusted blade reappeared, as more flesh was thrown onto the growing pile. As her cousin’s small muscles strained like Nasrin’s once had, like hers had. And as she watched the twine encroaching into her thin wrists, her auntie cutting off her protests, roughly covering her mouth with her callused hands, she simply stood against the tarnished wall, broken and powerless. “Hopefully this one won’t die” she whispered to herself as the screams began anew.

Maxine Rechter is a Year 13 student at the International School of Geneva. This article is also published in the print and e-edition of Global Geneva’s Fall Sept-Nov. 2019 issue.  Also see overall article on the Youth Writes Young Journalists & Writers Award Programme.

From Scotland to Uganda, climate catastrophe to female exploitation: these young people are making a difference