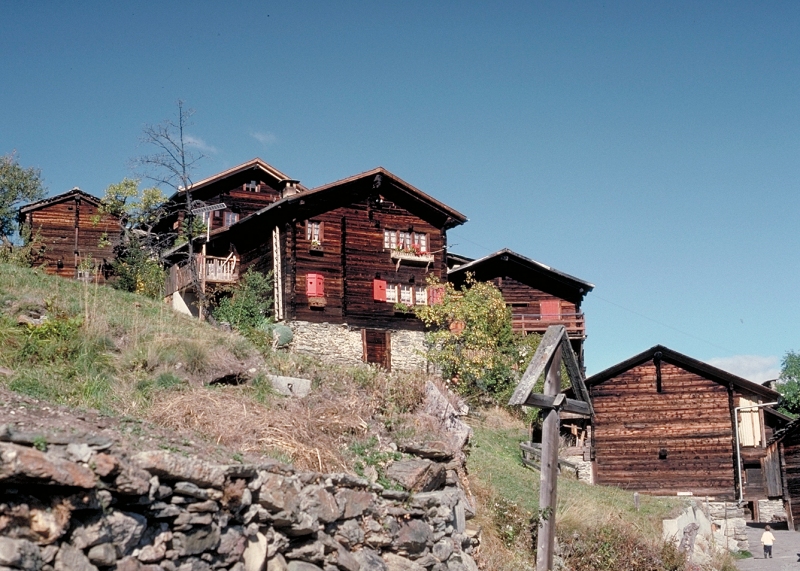 Törbel (pop. 468) is a typical Upper Valaisan village of sun-blackened wooden chalets and narrow streets, accessible from Stalden near Visp by postal coach. But the commune is also typically Swiss in its small-scale lifestyle and centuries-old system of local governance. And thus it helped put two U.S. scientists among the galaxy of academic stars. The more famous was Elinor Ostrom (1933-2012), a “poor kid” from California who became the first, and so far only, woman to win the Nobel Economics Prize, though she wasn’t a professor of economics.

Prof. Ostrom, who preferred to be called Lin, came to Törbel in the 1980s as a political scientist. There she learned how the local community had successfully managed the region’s bisses (Suonen in Upper Valais dialect) – the historic Valaisan systems of irrigation channels – since at least 1483. Combined with further researches around the world, her studies became the core of her major theoretical work, on what she termed common pool resources (CPR).

Ostrom found eight “design principles” for stable allocation of resources shared by a common pool. You can find them on the wikipedia page about her. Basically they require you to ensure that local communities get equal rights and responsibilities for managing resources.

The system doesn’t require a government to oversee them or individual ownership. Her principles challenged the prevailing orthodoxy, known as the tragedy of the commons, which declared that when no-one owns a common resource, everyone has an interest in exploiting it to extinction rather than preserving it. Fish stocks get depleted, grazing lands become bare, forests are denuded, and land worked till it is no longer fertile.

The conventional answer is governmental protection or property rights. Bisses management in the Valais showed these aren’t the only solution. No-one owns the water courses and each individual along the route had – and still has – a right to take from the stream in return for putting in a few days maintenance work each year. There were substantial penalties for infractions, but no-one had an incentive to take a lot more than their share.
It was an amazing story of direct democracy at work in what is often considered the Wild West of Switzerland (though it’s actually in the south). Even at the start of the 20th century the Valais had more than 200 working bisses and 1800 km of channels. Governing the Commons, Ostrom’s 1990 publication, won her a share of the 2009 Nobel prize.

But Prof. Ostrom was preceded in Törbel by the anthropologist Robert McCorkle Netting (1934-1995). He studied there in 1970 and 1971. In 1981 he published an ethnology of Upper Valais life entitled Balancing on an Alp, a study of the ecological balance between the local people and their environment, drawing on the community’s meticulous recordkeeping going back 350 years. 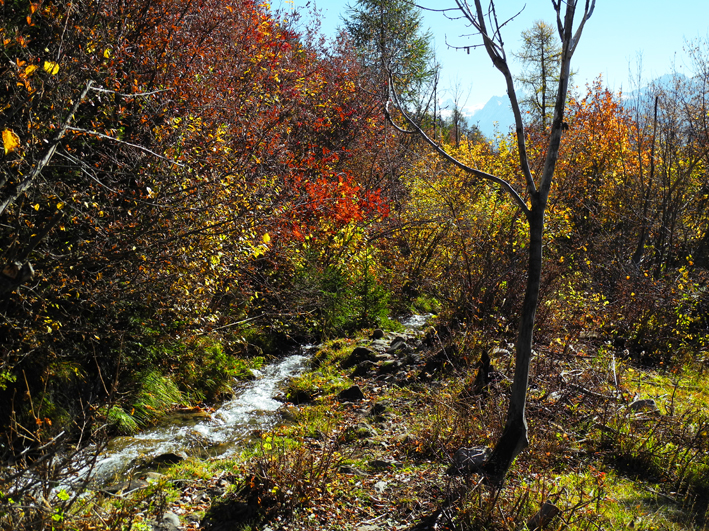 The commune stretches across 17.6 sq.km/6.8 sq.miles from 770 metres up to the Augstbordhorn peak at 2972 metres. The village itself perches on the hillside at 1497 metres. Even today, 83 percent of its inhabitants are born in Törbel. In 2000 99.2 percent of the population had German as their first language (the other four spoke Serbo-Croatian).

In this village as in the mountains of Nigeria, Netting found, the population remained stable because of similar factors. Villagers did not create a family unless land became available, perhaps from a relative’s death. Small-scale manual labour on the land was the typical way of making a living. It still keeps to those traditions. As a result, the unemployment rate in 2010 was 0.8 percent. Its best-known export (outside the commune) is its satchels, backpacks, handbags and purses made from recycled Swiss army blankets.

Netting championed peasant farmers for their energy-efficient, low-input, successful adaptation to the environment. His work helped establish cultural ecology as a scientific discipline. He showed that the household is the most effective management unit for farming and governments should not interfere in deciding what farmers produce.

Netting was in turn inspired by the Swiss agriculturalist and ethnographer Friedrich Gottlieb Stebler (1853-1935), who wrote about the Vispertal (Visp Valley), which includes Törbel. Its tiny houses, with their low ceilings and small doors and windows have become famous abroad through the paintings of ‘naive artist’ and children’s book author Helen Güdel, who was born in 1935 and has made the village her home. She has an art gallery in Törbel. She was the partner of Bruno Hosennen (1933-2010), and made him and his life the subject of her books. The village website describes him as “neither a painter of genius, nor a famous philosopher, and then again not a famous writer, although he might have been”. But many foreign fans of the books have made a pilgrimage to the village which has a museum dedicated to his life. Törbel is now an official Swiss Heritage Site and has a preservation society. The bisses have their own museum in a 17th-century painted house in Ayent above Sion.

Today many communes keep their bisses going because of tourist enthusiasm (among Valaisans as well as outsiders). They offer 1,800 kilometres of fairly level walks, often through beautiful landscapes with stunning mountain views. If you visit Törbel, try not to miss Moosalp, part of the commune at 2048m., and also reachable in winter and summer by postal coach. In winter the summer marshland offers 45 km of ski pistes and 35 km of paths for walking with snowshoes or boots. Summer brings you to a panorama of the main Bernese and Valais peaks above 4000m., after a 20-minute hike past a series of Alpine mini-lakes and through gently sloping woodlands. At the start is the Moosalp Restaurant. It offers “Valaisan sushi”, lentil salad and Val d’Hérens filet as specialties as well as more traditional fare that is superb.

You might also stop at Unterbäch, also on the Swiss Heritage List, which on 18 August 1957 was the first village to give women the vote. Since most stories you read are about the Swiss delaying full adult suffrage until 1991, this example of progressive Valais is surely worth acknowledging.

Biden: A need to separate humanitarian aid from geopolitical aspirations