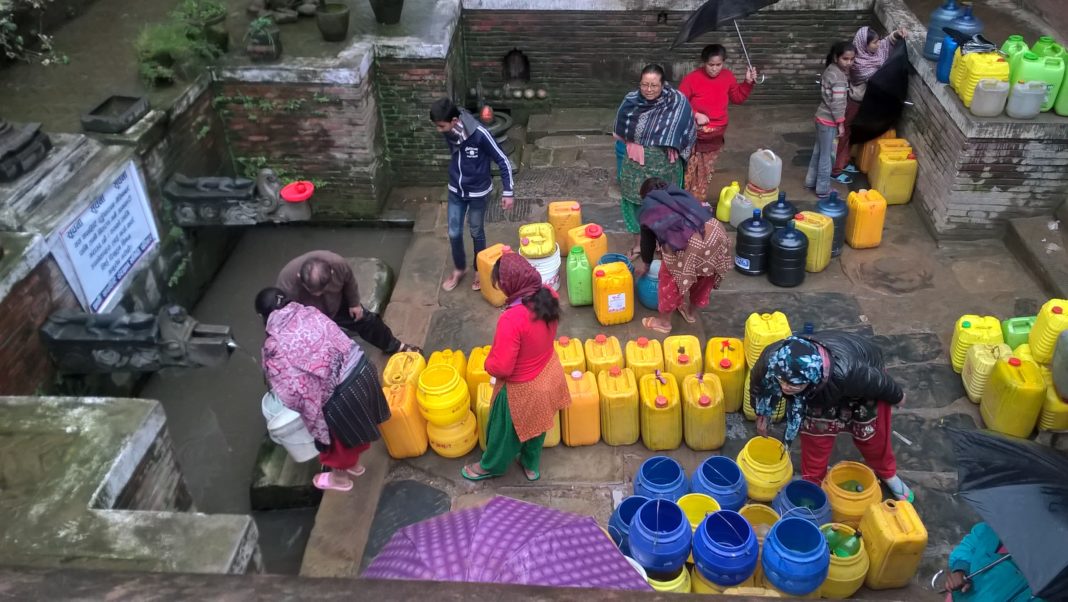 KUSUM GURUNG’S LIFE TOOK A TRAGIC TURN in April 2015. An earthquake destroyed most of her village’s houses along with all their meagre property. It also took the lives of friends and family members. Little if anything had been done in Nepal to prepare for such disaster despite repeated warnings from seismologists.

When I travelled up to the remote farming communities in Rasuwa district of Nepal a year later, I visited a women’s economic empowerment project run by Norlha – Helping people in the Himalayas, an NGO that I had originally helped set up. A crucial component was that it also taught them basic literacy and numeracy. Yet its impact was far deeper than simply training women in commerce.

It changed their husbands’ behaviour. Furthermore, as Gurung told me, it altered the way local people looked at her. “Now that I can read and write my name, neighbours treat me like a real person,” she said as I stared, baffled.

Today, more than three years after the devastating earthquake, only 21.3 per cent of destroyed houses have been reconstructed. (See articles on Investing to Prevent Disaster by Loretta Hieber-Girardet and Dominica: Coping with disaster by Jeff Carmel). So where does Nepal stand today with regard to much-heralded aid programmes seeking to rebuild houses, lives and create a dignified future?

MORE THAN JUST CHANGE: THE NEED FOR A COMPLETE MENTAL SHIFT

Nepal has to build far stronger infrastructures and resilient communities able to cope with earthquakes, landslides and floods. But disaster preparedness takes more than plans and reinforced concrete. Beyond the gigantic endeavour of improving physical assets such as safer homes, the greater challenge is to ensure good governance and, above all, accountability from the authorities towards left-behind communities.

This is major a problem for a young democracy where corruption and nepotism are rampant, and transparency still seems to be pointedly absent from the political culture. There has to be a complete mental shift. This is where the highest leverage for genuine transformation lies. Without such solid foundations, little sustainable will ever take place.

Why were the seismologists’ calls to caution ignored? All too often, fatalistic beliefs are among the factors that prevent proper disaster preparedness measures from being implemented. In addition, there are no immediate benefits visible. So incentive is limited.

According to Dor B. Bista, a revered Nepali anthropologist, the prevalent religious faith does not “encourage planning for the future.” Projecting one’s actions to see their implications are at odds with the deeper cultural roots of fatalism. Accountability is widely absent from this country’s political culture. Its absence is perhaps one of the most deeply embedded causes of long-standing concerns facing the country and its attempts to promote genuine development and social justice.

So how do ideas of resilience or even basic development fit in a societal model that is proudly tied to cultural beliefs going back 3,500 years where roles are fixed at birth? “If the course of events is already determined then it makes little sense to attempt to independently influence their outcome,” Bista writes. Change is looked upon with suspicion, and sometimes as a foreign concept; at least by the ruling class and caste who benefit from social, political, and ethnic domination.

The younger, better educated generation seems to distance itself from this approach, though in very subtle ways. Yet their roots and social environment remain strongly caught up with fatalism. In a country where well over one quarter of the population lives under the poverty line, how does one ensure that development and progress become – or even remain – sustainable for the benefit of the entire South Asia and Central Asia regions?

Working as a development professional, I frequently ask myself: “Who sincerely wants development to take place?” i.e. who wants change? Everybody likes money, but genuine development is more than economic growth alone.

It is easy to draw up a list: Making children safe, growing strong and happy; giving equal rights to women as well as disadvantaged groups; creating a sustainable environment and more resilient communities; i.e. being ready for the next disaster.

Virtually all scientists agree that another earthquake will come, possibly stronger than the previous one. Ultimately, genuinely conceived foreign aid should serve as a vector for change. But it should not be perceived as an infusion to keep alive a moribund system that preserves privileges and avoids the ruling elite being held accountable.

The Himalayas are also a key future asset for the rest of the world. This is highlighted in two distinct yet intertwined ways; and both are closely related to water.

For one, culturally. I love exploring Kathmandu’s temples. Some inner courtyards host magnificent pieces of architecture. The signs of the importance of water (See Global Geneva series on water) are everywhere. On nearly every single historical monument, a snake (naga) is depicted, usually as an ornamental element. Most of the city’s wells or public fountains (hiti) have a serpent spouting water. The presence of water at the heart of the Himalayas is the single unique trait that has allowed this city not only to thrive, but play such an important role in the region’s commerce.

Dating back to the third century AD, trade is just as much part of the overall fabric as is tourism today, one of the country’s leading economic sectors.

As the world’s Third Pole (See the Global Geneva Special Series on Polar Regions), the Himalayas contain the largest reserve of fresh water (mainly in the form of snow) outside the polar regions. Water from the Himalayan water tower feeds 11 countries. Six of Asia’s major rivers and 46 per cent of the world’s population depend upon tributaries originating in Tibet alone. So the region’s water-related issues cannot be overstated.

Tensions over access and rights started erupting decades ago. As a result, water-sharing diplomacy closely linked to peace and development is appearing more and more on the agenda, not just in the Himalayas but in the rest of Asia and beyond.

Second, overall development in the Himalayas is strongly affecting climate change given its massive snow surfaces. What climatologists call ‘black carbon’ particulates are formed through the incomplete combustion of fuel from gasoline or diesel-run engines, biomass burning and bio-fuel. When deposited on snow, black carbon absorbs sunlight, generates heat, thus accelerating the melting of nearby glaciers. The carbon and pollution emitted in cities and communities close to the Himalayan glaciers are having a disproportionate impact on climate change. And yes, the Third Pole also is melting. Fast.

Here again, local actions are directly linked to global impact. The good news is that solutions exist, such as the sustainable livelihood projects for remote farming communities that Norlha helped pilot. As a result, the quality of life of Kusum’s community has increased substantially. It is now far more resilient, and women are finding themselves significantly more respected. Their husbands have started reflecting on their role as males, such as through more concrete gestures in public life vis a vis women as well as at home with household chores.

Our experience shows that solutions can be implemented if people, particularly locally-rooted civil society, play a fuller role in holding the authorities accountable. But this will only work if ordinary citizens are given a voice.