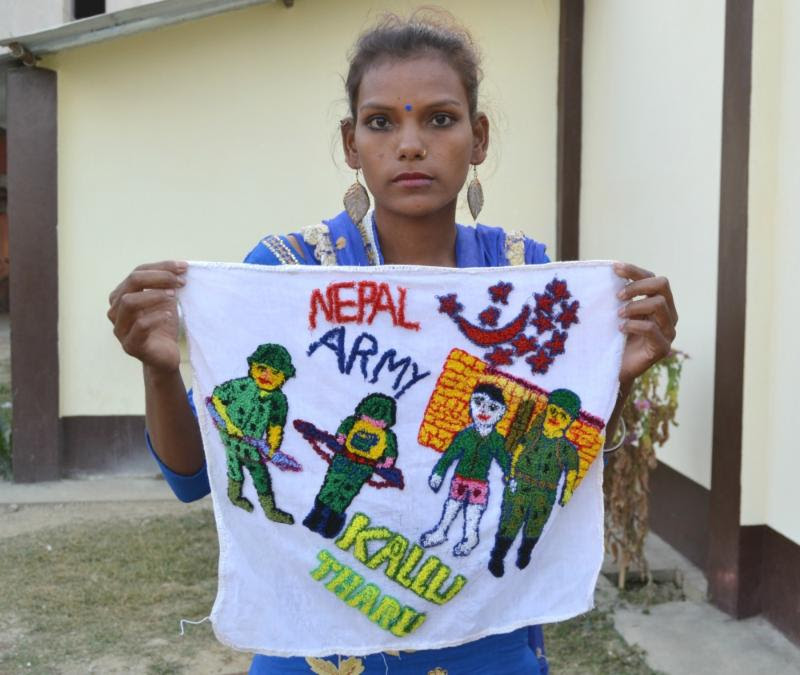 A disappearance, to human rights advocates, is the worst crime imaginable. So why has the human rights movement – including Human Rights Watch and Amnesty International – turned its back on the families of those who disappeared in Nepal? I was asked this question recently in the Midwestern district of Bardiya by women who lost relatives during the Maoist insurgency between 1996 and 2006. Some of the victims were taken by Maoists. Most were seized by Nepal’s security forces. None have reappeared.

I have reported on disappearances in several countries and never failed to be inspired by the family members, who refuse to accept the loss of their loved ones. These Nepali women are among the most determined and bravest I have ever met. Their relatives were among 1,475 Nepalis who disappeared during the insurgency. This may seem small in relation to Nepal’s population of 28 million. In addition, many of the victims were from the Tharu, a minority in the Midwest of Nepal that has no representatives in parliament and exerts very little political influence.

Nonetheless, many Nepalis view the disappearances as among the worst wounds of a brutal insurgency that have still not healed, ten years after the signing of the 21 November, 2006 Peace Accord. Until the issue is resolved, the political and social cohesion of Nepal will be put at risk. This makes it all the more surprising that the families have been badly let down by Western governments, the United Nations and human rights advocates who are normally vocal defenders of transitional justice.

At issue is a 2014 law which established two commissions, one to investigate disappearances and the other to promote truth and reconciliation more generally. But the law also offered an amnesty for serious abuses committed during the emergency, and this has caused the international community to boycott the entire process. The last time a US official visited the commission on the missing was in April 2015. (The UN High Commissioner for Human Rights in Geneva criticized the powers granted to the commissions in a February, 2016 report noting that these could result in the “avoidance or delay of criminal criminal investigations and prosecutions, which would be inconsistent with international law.” Truth-seeking, it added, “does not absolve states of their legal obligations with regard to criminal justice.”)

The legal deadlock may soon be resolved thanks to Nepal’s Supreme Court, which has ordered the law revised. The government is currently considering a draft that would rule out amnesty for murder, torture, disappearances, and rape committed during the conflict. If passed, the law should open the way to investigations that could even lead to the door of the current Prime Minister Pushpa Kamal Dahal, who led the Maoist insurgency.

So, one might ask, is this not an example of successful pressure by the human rights movement? Not to family members of the disappeared. They feel betrayed and abandoned. By boycotting the commissions, they say, the human rights professionals have ignored their right to be heard and to know the truth.

The commissions have been harshly criticized by Nepalis for being slow to act and bureaucratic, but they have also chalked up some achievements. Between them they have registered some 68,000 incidents and received 2,886 complaints from family members which could, if properly investigated, help to provide an official record for future generations – perhaps the most important function of truth commissions. The two commissions have also argued for a reparations policy that has paid $5,000 to most families and is considering a further $3,000 per family – a significant sum for the women I met recently, many of whom lost their breadwinners. If it is extended in February, the commission on the missing plans to collect ante-mortem data on the disappeared and follow up with exhumations, which would be a big step forward.

Most important, the commissions have heard directly from family members. This is a critically important feature of truth commissions, and several women told me that they had found it cathartic to denounce their loss to an official body. By providing families with a forum, the commissions have also strengthened their national networks and advocates, like the Conflict Victims Common Platform and NEFAD (the National Network of Families of Disappeared and Missing Nepal). This has helped to build women’s civil society in isolated regions like Bardiya.

These are significant outcomes, but they would have been more impressive if the human rights specialists and Western governments had contributed their resources and expertise. Why did they not work with the families in strengthening the commissions while at the same time arguing for the amnesty provision to be revised? It would have been difficult, but creativity has been a hallmark of the struggle for transitional justice – think of the way Human Rights Watch secured the indictment of Hissene Habre in Chad. It is hard not to conclude that a historic opportunity has been lost in Nepal.

There is still time to change course. The next few weeks will be decisive as the commissions come up for an extension in February and the Nepali government struggles to revise the all-important law. Western governments should work with human rights leaders like Amnesty International, Human Rights Watch, and the International Center for Transitional Justice to support the process, starting now. It is particularly important that the commissions produce strong and credible reports that will endure.

Finally, we should all listen to those who matter most – the grieving wives, sisters and daughters of the disappeared. These and other family members deserve enormous credit for the progress achieved so far. They should be ignored no longer. © Advocacynet 2016

Iain Guest is director of The Advocacy Project, a Washington-based NGO, which helps marginalized communities to tell their story, claim their rights and produce social change. Guest is also author of a book about the disappearances in Argentina. Contact him at iain@advocacynet.org.