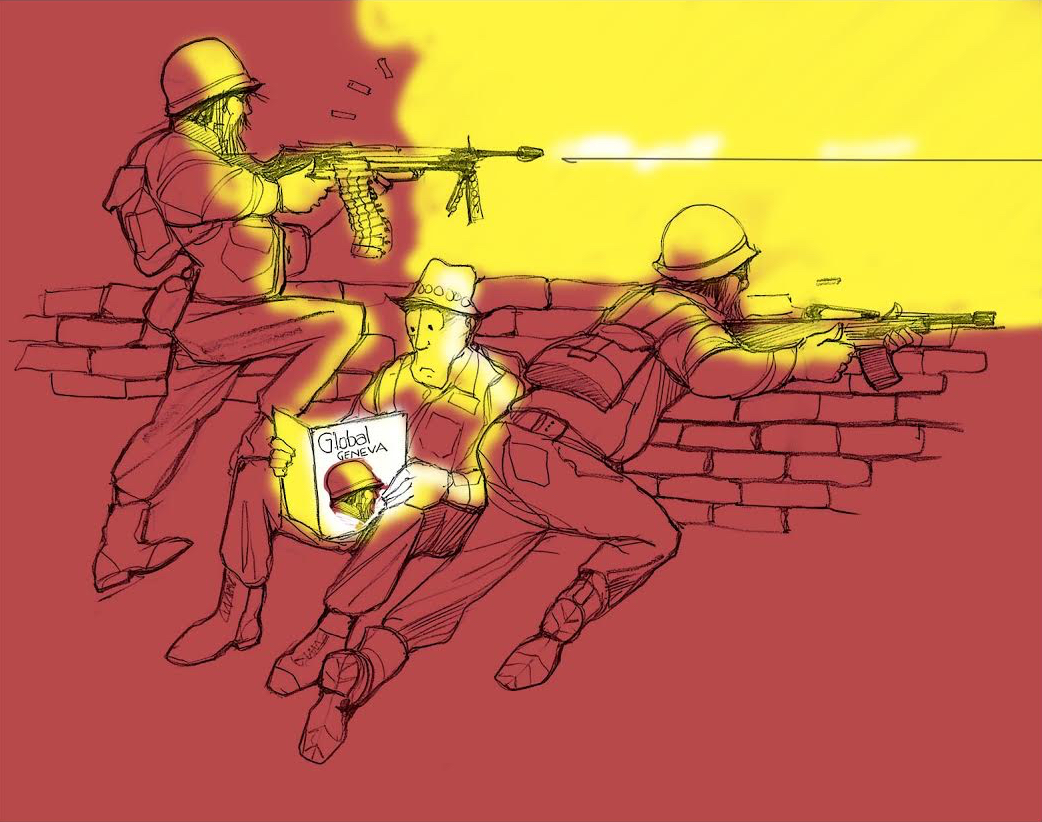 As a young reporter during the Soviet war in Afghanistan, I encountered a guerrilla commander who was holding two Red Army prisoners. They were barely 20 and facing execution. After all, the Soviets were bombing their villages, so why not kill these foreign invaders? I appealed to the commander by referring to the Geneva Conventions. He had no idea what I was talking about. Nor had he heard of Switzerland where this ‘Geneva’ was located. Yet when I mentioned the International Committee of the Red Cross, suggesting that he might wish to hand over the POWs to them, he knew both the name and emblem. With hospitals along the Pakistan border, ICRC surgical teams had saved the lives – and limbs – of thousands of Afghans. The two Soviets were eventually released into the hands of journalists who accompanied them to Pakistan.

An un-recognized gold mine of knowledge, action and diplomacy with world-wide impact

Today, 30 years later, while Switzerland may not be broadly recognized in conflict or humanitarian crisis zones, such as Syria, Libya, Haiti or Colombia, the names – if not the symbols – of many Geneva agencies are. Countless refugees and migrants are fully aware what groups such as the ICRC, UNHCR, IOM, MSF and Handicap International do. They’re also more likely to know Geneva than Switzerland.

As Geneva mayor Guillaume Barazzone (see article) maintains in this pilot issue, International Geneva is Switzerland’s best trump card. After all, it is one of the world’s most crucial focal points for humanitarian response, conflict mediation, climate change, world trade, access to health, human rights, arbitration… It is also a region with an exceptional array of humanitarian and development specialists, scientists, academics, writers, entrepreneurs, artists, sports people, lawyers, communicators, thinkers…

Yet International Geneva is in dire need of critical – and credible – reporting. The Geneva region, which arguably includes the Geneva-Lyons-Turin axis making it the real heart of Europe, is still a largely unrecognized gold mine of planetary knowledge, frontline action and back-room diplomacy. Whether private or public sector, its players perform a vital global role, often with remarkable impact, but it is one that needs to be better known.

This is where Global Geneva comes in. Based on the urging of numerous groups and individuals for a ‘fresh’ publication on international Geneva, Global Geneva is stressing good journalism that is not only compelling, but puts across what this community represents in a manner that informs as well as provokes public debate. (Global Geneva is available in print for the Lake Geneva region and international conferences, plus online world-wide).

Many International Geneva players have told us that they need to reach out more effectively. They feel frustratingly stuck in silos, unable to communicate what they are doing, even through social media. What they want is a publication that is not necessarily there to promote, but to credibly highlight, such as our stories on how Alpine resorts are coping with climate change, the work of Photographers for Hope or a personal look-back on Norlha, a small Lausanne-based NGO helping in the Himalayas.

This, of course, does not mean that everything Geneva does is effective. The United Nations, for example, urgently needs real reform. As UN Geneva chief Michael Møller himself points out, unless the organization opens up to the outside, it may not be around in 10 years’ time. Bern, too, while funding various International Geneva initiatives, needs to ensure that the Swiss themselves better understand the vital importance of this unique cosmopolitan community in their own backyard.

With our global network of 2,000 journalists, photographers, film-makers, producers and cartoonists, we believe in editorially independent reporting as a highly effective way of serving the International Geneva community. So, whether positive, negative, or politically incorrect, we aim to provide our readers with the sort of relevant insight and good writing that will enable them to better grasp what is happening. Hence this issue’s articles from the field such as the legacy of the Yazidi massacres, Libya’s disconcerting future, or FIFA’s kidnapping of world football. Or stories on International Geneva itself.

Equally important, we offer an impartial platform for the Global Geneva Support Community to contribute well-written and informed guest columns. While this reinforces the sort of coverage in the public interest that such a diverse community deserves, we also wish to pinpoint solutions worth bringing to the table. This includes Opeds (Agent Provocateur ), such as a piece on the need to turn the Sustainable Development Goals (or SDGs) into a household term if they are to succeed; or why the UN needs a more effective whistle-blowing mechanism. And finally, Global Geneva will cover International Geneva lifestyle, culture and events, such as art reviews or tourism and travel.

But for Global Geneva to work, it needs your involvement. Good journalism does not just happen. It costs money. As we see it, no matter where in the world, journalism is in trouble because democracy is in trouble because journalism is in trouble. So if you believe in quality reporting that can provide something more than just news, notably well-honed insight, then please join the Global Geneva Support Community as an individual or institutional subscriber. Or advertise with us. In our efforts to remain editorially independent, all subscription support will go towards quality reporting, while advertising will cover production costs.

We want Global Geneva to be your magazine. But it won’t happen without you.