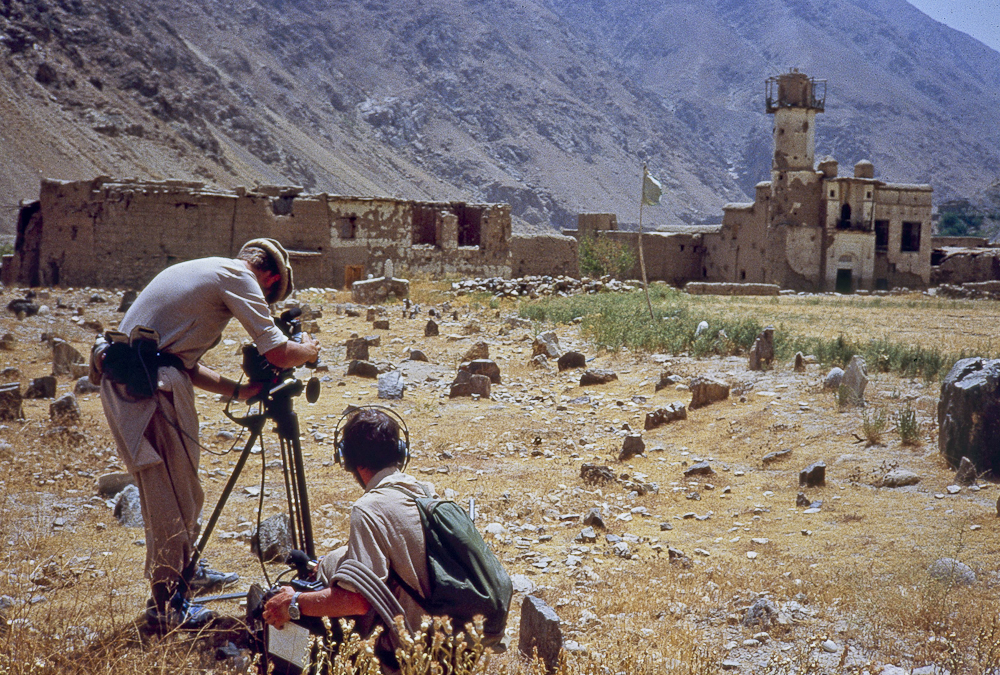 Among the scariest aspects of the creeping coup d’etat in America is that so many among the fringe of voters who elected Donald Trump, who spout their worldviews with ironbound conviction, could not find Syria on a map or tell you the difference between Switzerland and Swaziland. Wondrous new tools provide firsthand dispatches, up-close images, and analyses from just about anywhere. Yet, at a time when reliable reporting is so crucial to human survival, Americans have never been so ignorant of real-world realities.

Rather than make sense of this heaven-sent manna, many simply tune it out and keep a tenuous watch on global events via hodgepodge aggregator sites or disjointed snippets that appear on their Facebook feeds. Everything is lumped together as “the media,” whether it is an eyewitness report from besieged Mosul, insight from a correspondent who has spent a lifetime on the road, or guesswork from a kibitzer in his bedroom an ocean away.

Media is no more useful as a collective noun than, say, food, which covers anything from a six-course dinner prepared by a three-star chef to greasy fries and a Big Mac in a paper bag. Faults of its worst extremes are attributed equally to all. Against this backdrop, people who can’t find Africa on a map, let alone Benghazi, denounce Hillary Clinton for failing to help whoever it was in that terrorist attack, whatever it was about – something to do with Qaddafi.

This is tailor-made for a bombastic demagogue focused fixedly on himself. Trump lies outrageously to bedrock supporters, who believe him rather than their own eyes. They cheer wildly when he labels all journalists dishonest and despicable.

A recent poll at Emerson College in Boston found that 49 per cent of American voters it sampled believe the Trump administration is “truthful.” But only 39 per cent felt that way about the “news media.” Pause a moment to catch your breath.

Trump demonized news organizations from the beginning and yet his circus-act campaign elicited billions of dollars worth of free airtime. Cameras rolled, with no critical comment, as he spewed preposterous distortions, outright lies, insults, and baseless accusations. News executives fixated on quarterly profit with little regard for public responsibility exulted at the windfall.

The bias perception runs deep. One popular conservative financial newsletter began: “The media declared Donald Trump as enemy, and like any enemy, they’ve set out to destroy him.” That is, only his alternative facts matter. During the campaign, t-shirts appeared reading, “Rope. Tree. Journalist. Some assembly required.” I chuckled at that, thinking how few of those morons could read the instructions to pull it off.  But it’s not really funny.

Corporate mainstream media pulled its punches. It was too respectful of “authority,” too fearful of perceived offense, too prone to dilute reality with false equivalence. One incident illustrated clearly how this played out.

Christopher Morris, working for Time, photographed a Trump rally that was disrupted by Black Lives Matter protesters. He is a seasoned pro, who alternates between covering far-flung mayhem and picturing presidential families in the White House.  Chris took a half step out of the roped-in press pen, and two U.S. Secret Service agents threw him roughly to the ground. An understandable “fuck you” escaped his lips. On CBS Evening News, after a reporter narrated the footage and said Chris would not file charges, Scott Pelley said something like: No wonder, considering the way he treated those federal agents.

“Fake news” is a problem. Trump uses the label for actual news he doesn’t like. But it refers to propaganda, easy to debunk, that should only fool the foolish. Yet one poll estimated half of Trump voters believed Clinton ran sex slaves out of a basement in a Washington pizzeria and that Obama is a foreign-born Muslim.

The bigger problem is thinly reported real news. It is too often sketchy, bereft of the political and cultural contexts that explain why it matters. Americans who care can inform themselves these days far more effectively than ever before. But that takes work, the sort of triangulation that reporters apply. If two trusted news organizations concur on a story, and an independent third source adds perspective, it is reliable.

The New York Times, Washington Post, The New Yorker, among others, dug deep for solid coverage throughout the campaign. But non-American reporters with a detached eye added essential details to reveal the man behind the message. An American president, whatever his other attributes, needs humanity and character.

“When Trump began speaking, a demonstrator stood up and yelled that Trump was a racist. The candidate paused, shook his fist and demanded that security throw the protester out. ‘Keep his coat. Confiscate his coat, Let the bastard freeze.’ Trump said from the stage. It was 21 degrees Fahrenheit (-6 degrees Celsius) outside. Trump snarled as his fans jumped to their feet hooting and jeering. One was reminded of a lynch mob.”

Demagoguery is hardly new, but the world is different now. A mad ruler’s reach was once limited to how far and fast his armies could march. Today, when the threat is global and of incalculable proportions, we Americans – but also Europeans – need to keep careful watch. If not, we cannot blame a meaningless scapegoat known as  “the media.”

Mort Rosenblum is a journalist, editor and writer, who has reported widely across seven continents from the wars in Biafra and Ethiopia to Trump’s America. A former editor of the International Herald Tribune and a Senior Writer with the Associated Press, he has written numerous books, including Little Bunch of Madmen: Elements of Global Reporting (2010), Escaping Plato’s Cave (2007), Chocolate: A Bittersweet Saga of Dark and Light (2006, Olives (2000), Who Stole the News? (1993) and Coups and Earthquakes (1981). He writes and lectures regularly on media and political issues and lives between the United States and France. His pieces appear on his regular Facebook blog, Reporting Unlimited.